An anterior cruciate ligament (ACL) tear is a serious, yet common injury among female athletes who play basketball, football, and hockey. Athletes frequently cut, jump and pivot — movements that often lead to ACL injuries. Female hockey players also have to deal with the possibility of collisions, which can lead to ACL injuries.

A study on injuries sustained by female players in international ice hockey tournaments revealed that torn ACLs account for 11.4% of lower body injuries suffered (over a span of eight years). Risk is increased due to the anatomical and biomechanical differences between men and women – notably, women’s smaller intercondylar notches, where the ACL crosses the knee joint. Additionally, the valgus angle of women’s knees is greater and this alignment places more stress on knee ligaments. 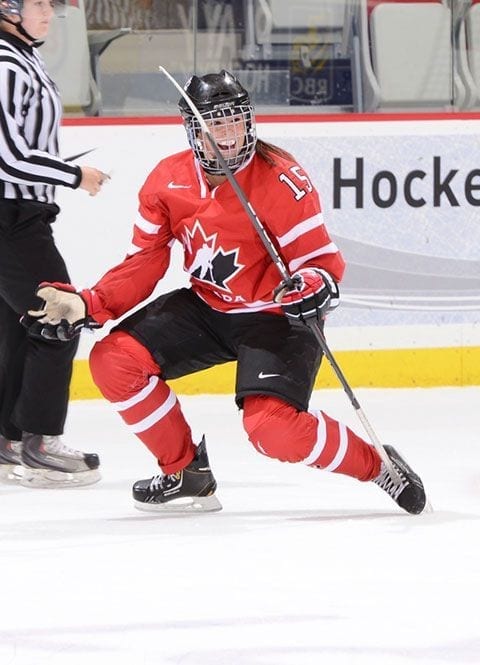 Canadian basketball player Natalie Achonwa’s ACL tear underscores the risks athletes face. She tore her ACL in 2014 but returned to the game the following year after being drafted in the WNBA. English footballer Kelly Smith tore her right ACL twice — in 2002 and 2003. That didn’t stop her from becoming one of England’s most decorated female soccer players. She is England’s most prolific goal scorer and a four-time English Premier League title winner. Melodie Daoust also tore her ACL a year after helping Team Canada win Olympic gold in the 2014 Sochi Winter Olympics, but she recovered and played in last year’s PyeongChang Olympics.

These athletes demonstrate that an ACL tear is not career ending. Today, ligament reconstruction is non-invasive, and the technology has improved significantly in the last decade. The road to recovery generally begins with surgery, where reconstruction restores the ACL’s function to maintain stability in the knee. Medicine Net explains that reconstruction is the recommended treatment modality for those who want a return to Level I (jumping, pivoting, and hard cutting).

Physical therapy is prescribed after surgery to improve muscular strength, flexibility, and range of motion. Daoust, who tore her ACL during a training session, couldn’t walk on her own for six weeks post-surgery. Through physiotherapy, though, she gradually regained strength and range of motion in her knee — enough to let her walk and do simple leg strengthening exercises.

Weeks 2–6 post-surgery are focused on leg strengthening exercises using light weights and resistance bands. Treadmill, step machine, and elliptical trainer sessions are also prescribed to improve endurance and proprioception. At this stage, Daoust was able to increase her strength training loads and spent more time riding a stationary bike. By weeks 7–12, knee strengthening exercises (quad extensions, half squats, heel raises, and standing on one leg) are prescribed, along with bodyweight exercises.

Four months post-surgery, the recovering athlete is primed for a return to sport. Central to this process is strengthening and stability exercises — some of which are listed in Gavin McHale’s ‘Hip Stability for Hockey Players’ post. Adductor exercises are crucial to stabilizing the knee, as the five muscles that comprise the adductor group cover a quarter of lower-body musculature. Hip flexor exercises are also vital, as their weakness includes the hamstrings. For female hockey players, bilateral training comes into play, with a focus on progressive single leg strength training. This is crucial because skating necessitates repeatedly pushing off the recovering leg. 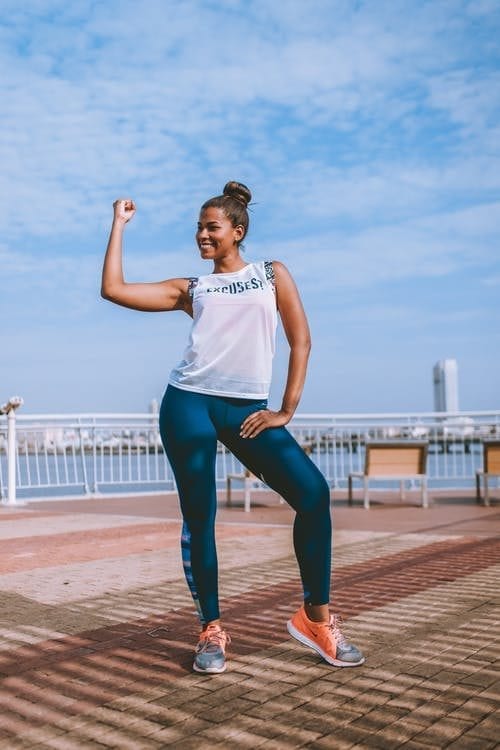 Natalie Achonwa advises athletes to celebrate little victories, like being able to put more weight on the injured knee and being able to exercise without pain or discomfort. There is also one final challenge ¬– overcoming psychological barriers. An article in the Annals of Physical and Rehabilitation Medicine about ACL tears notes that psychological factors — fear of re-injury, lack of motivation, and physical self-perception, to name three — heavily influence a return to sports. However, with regular physio, support from teammates and family and testing your own limits, you will slowly regain your confidence.

Want to share your expert advice with our readers?

Debra Foster
Debra Foster
Debra Foster
Debra Foster is a physiotherapist and freelance writer on the side. She played ice hockey competitively back in high school, but tore her right ACL and MCL in an on-ice incident. Her return to sport took two-plus years, after complications with her allograft necessitated another surgery. As a result, she decided to focus on her studies. She still plays her favourite sport, though, but only for recreation.
Previous Post
Ambassador Spotlight: Cheyenne Vogel | Sioux City, Iowa
Next Post
AMBASSADOR SPOTLIGHT: Aimee Thorpe | Scotland