We’re bringing the best in the game to you.

WHL Virtual Camp is a 5-day camp for female hockey players of all ages and skill levels. Learn from top strength and conditioning, skills, and mindset coaches + hear from special guest speakers, all from the comfort (and safety) of your own home. Whether you’ve hit the ice already, haven’t been on the ice in months, or are just starting out—there’s a spot for you!

You’ll get access to a Zoom link each day to watch and participate. If you can’t make it live, you’ll get each day’s videos after the camp is done.

9am EST: Strength and Conditioning

REGISTER BEFORE FRIDAY JULY 24 AND BE ENTERED TO WIN A WHL GEAR PRIZE PACK! 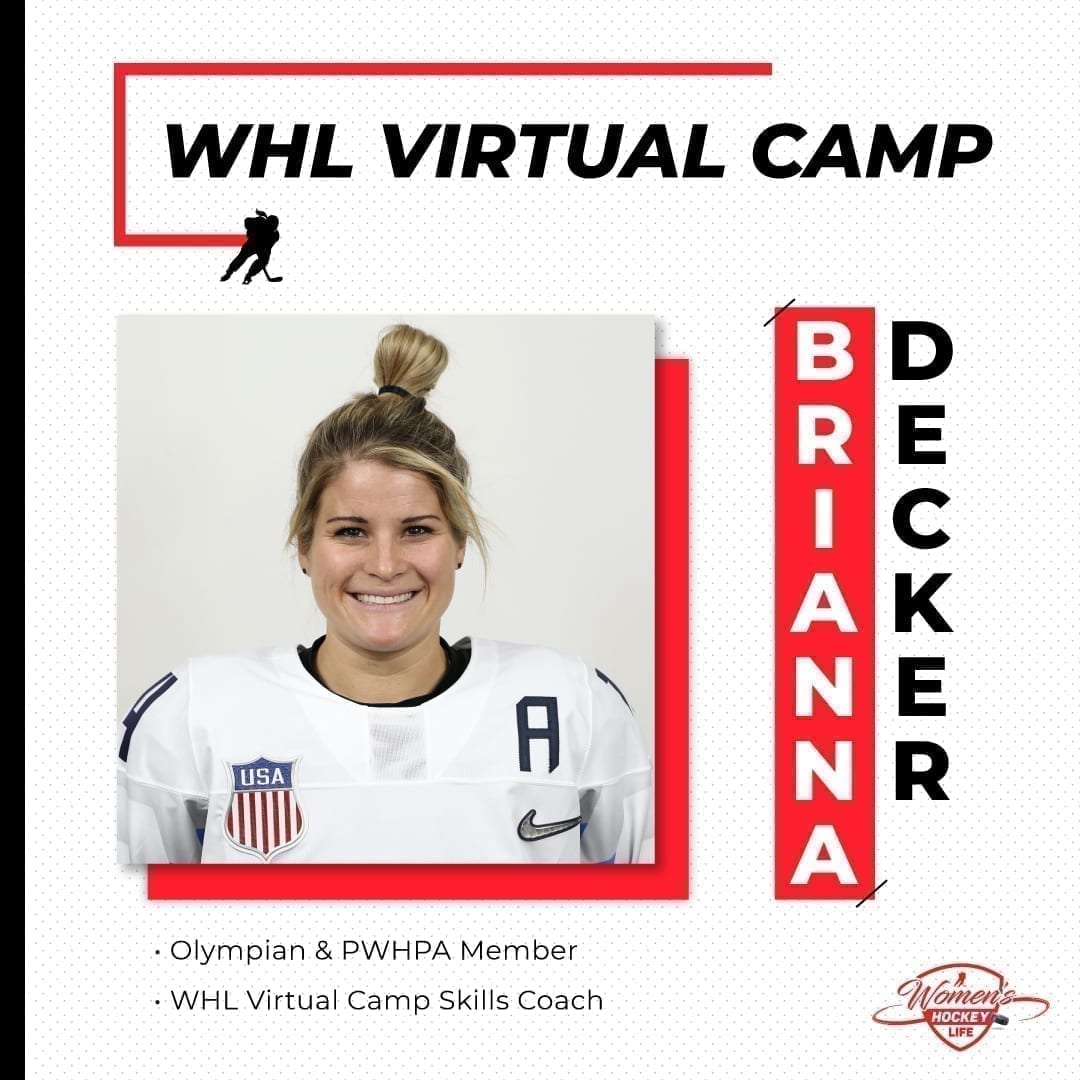 Brianna Decker has been a member of the USA women’s national team for more than 10 years, including a gold medal win at the 2018 Olympics. She’s currently a member of the Professional Women’s Hockey Players Association (PWHPA).

Brianna is joining us for the WHL Virtual Camp as a skills coach.

You can watch her WHL Skills videos here: 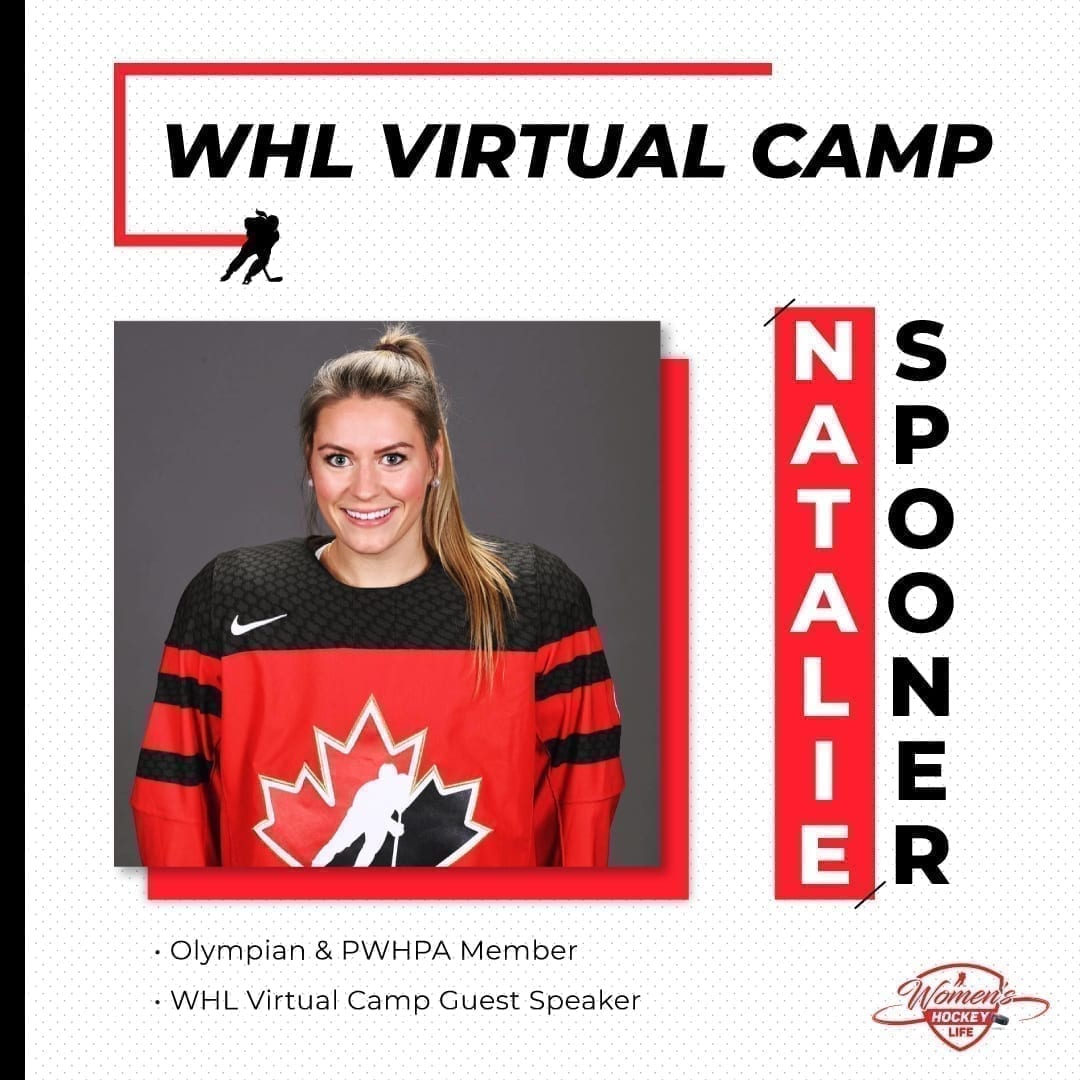 Natalie Spooner has been with the Canadian women’s national team for over 10 years, including a gold medal win at the 2014 Olympics. She’s currently a member of the Professional Women’s Hockey Players Association (PWHPA).

Natalie is joining us for the WHL Virtual Camp to discuss her journey as a hockey player and Olympic athlete. 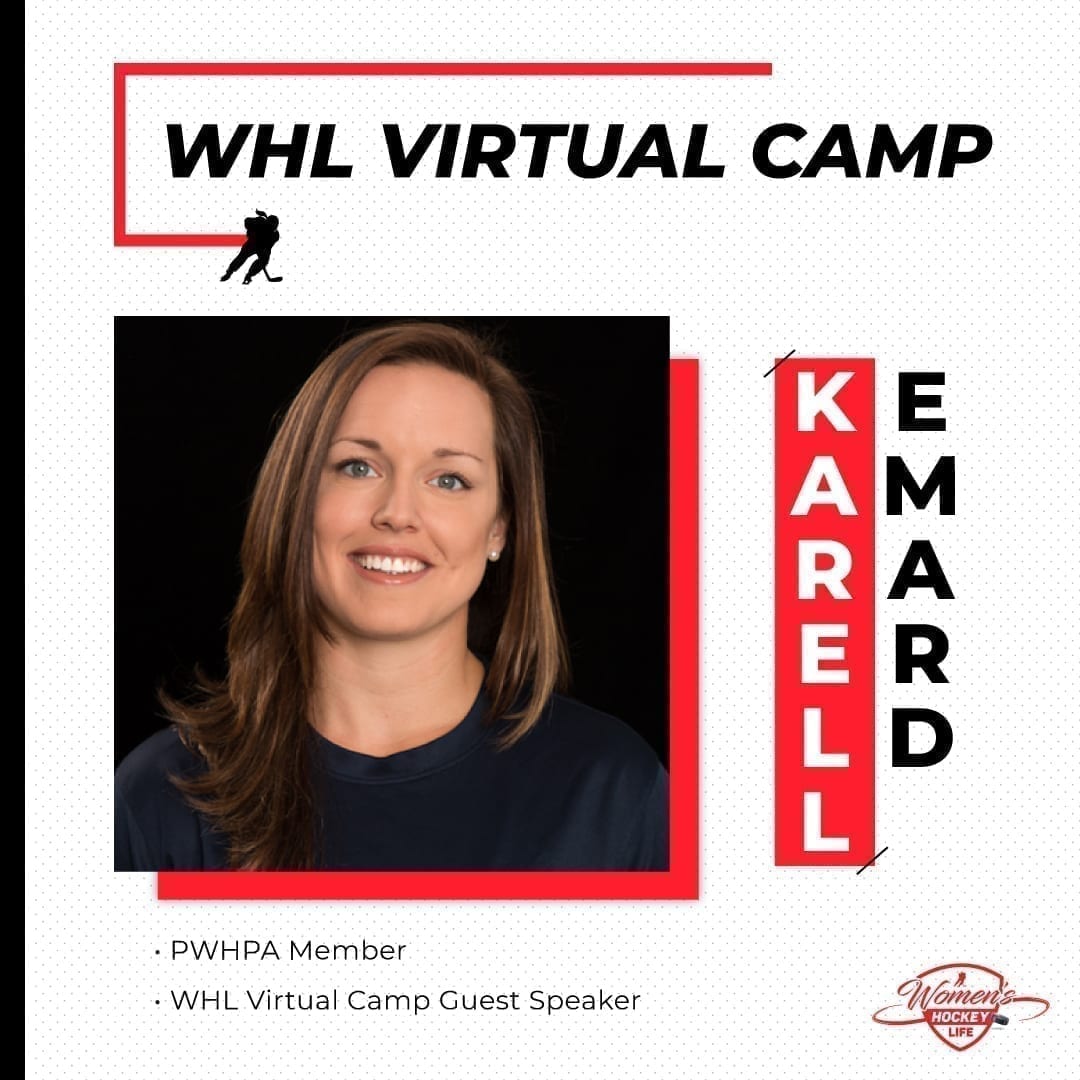 Karell Emard is a former NCAA DI and CWHL player who is now playing and working with the Professional Women’s Hockey Players Association (PWHPA) to create a better future for women’s hockey.

Karell is joining us for the WHL Virtual Camp to discuss her unconventional journey as a hockey player and her role with the PWHPA. 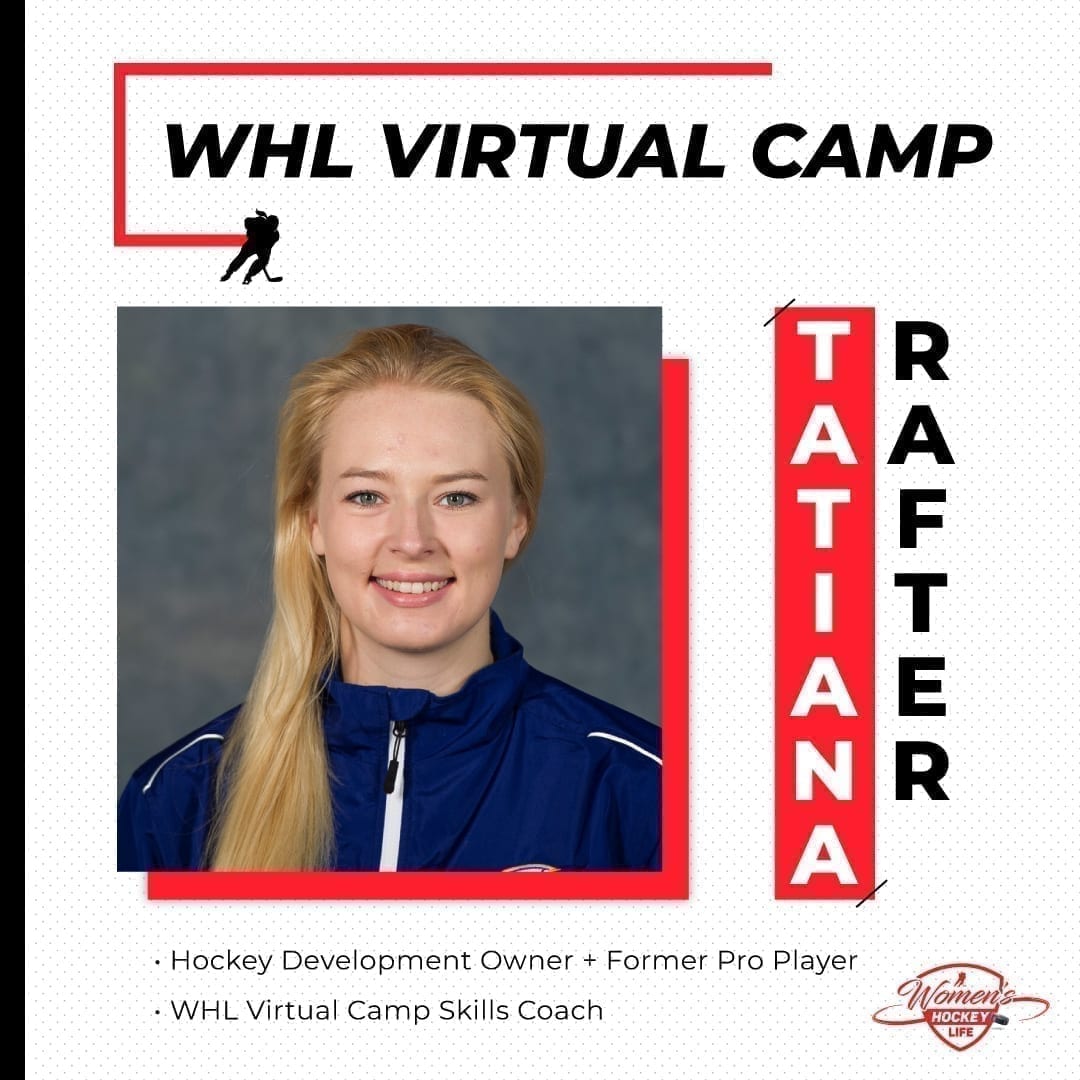 Tatiana Rafter is a former professional player, including seasons in the NWHL and Russian Women’s Hockey League. Now, Tatiana has started her own hockey school, Tatiana Rafter Hockey School, where she combines her passion for helping young women with big dreams and her extensive hockey background to bring confidence and mentorship to female hockey players.

Tatiana is joining us for the WHL Virtual Camp as a Skills Coach. 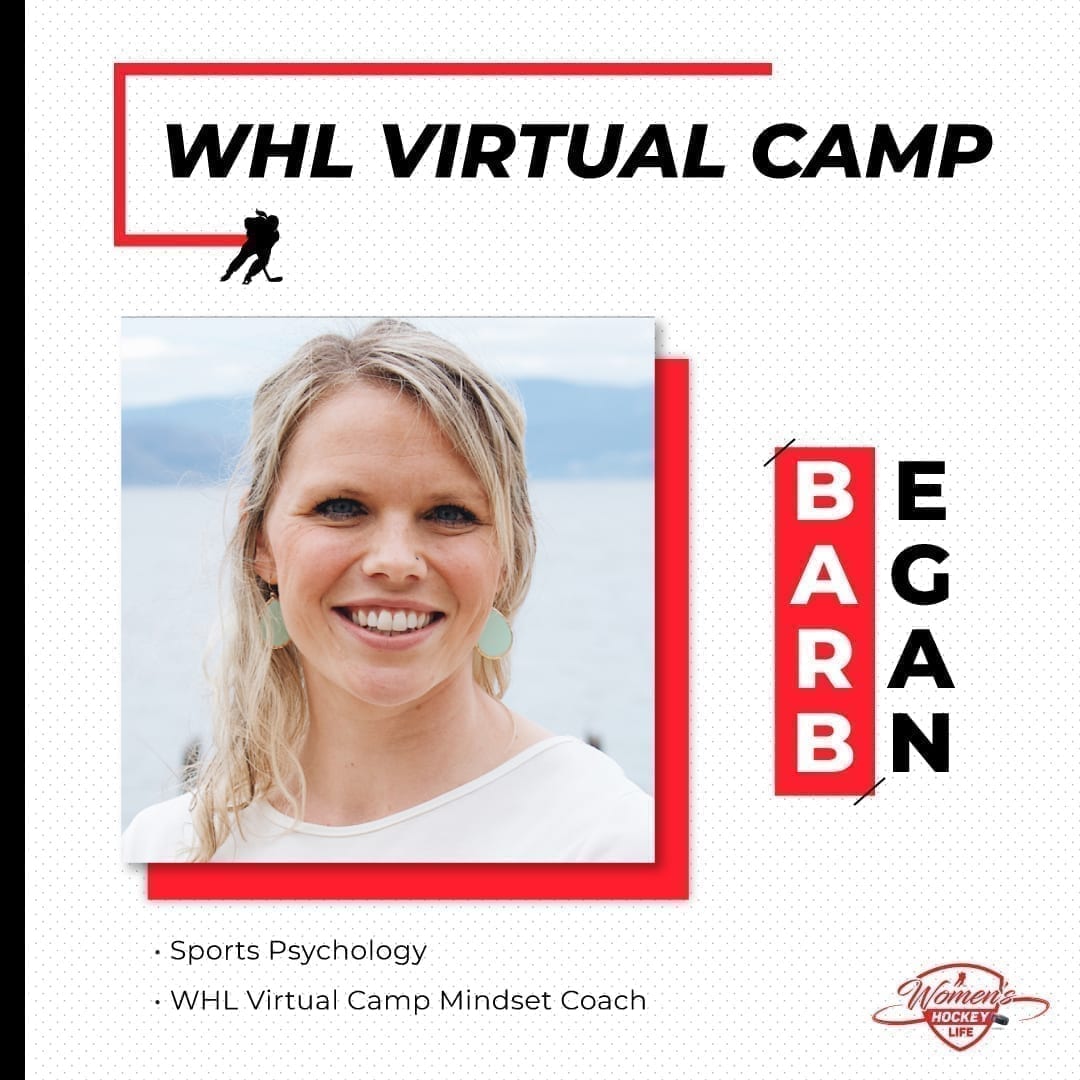 Barb Egan is a clinical counsellor focusing on sports psychology and helping athletes perform their best—starting with their minds. Barb is the mindset coach for WHL Academy and owns Alive Counselling in Kelowna, BC where she helps empower athletes on their mental health journeys.

Barb is joining us for the WHL Virtual Camp to give female hockey players tangible tips they can use in big games and beyond to live their hockey dreams (whatever they may be) with positivity, action, and confidence. 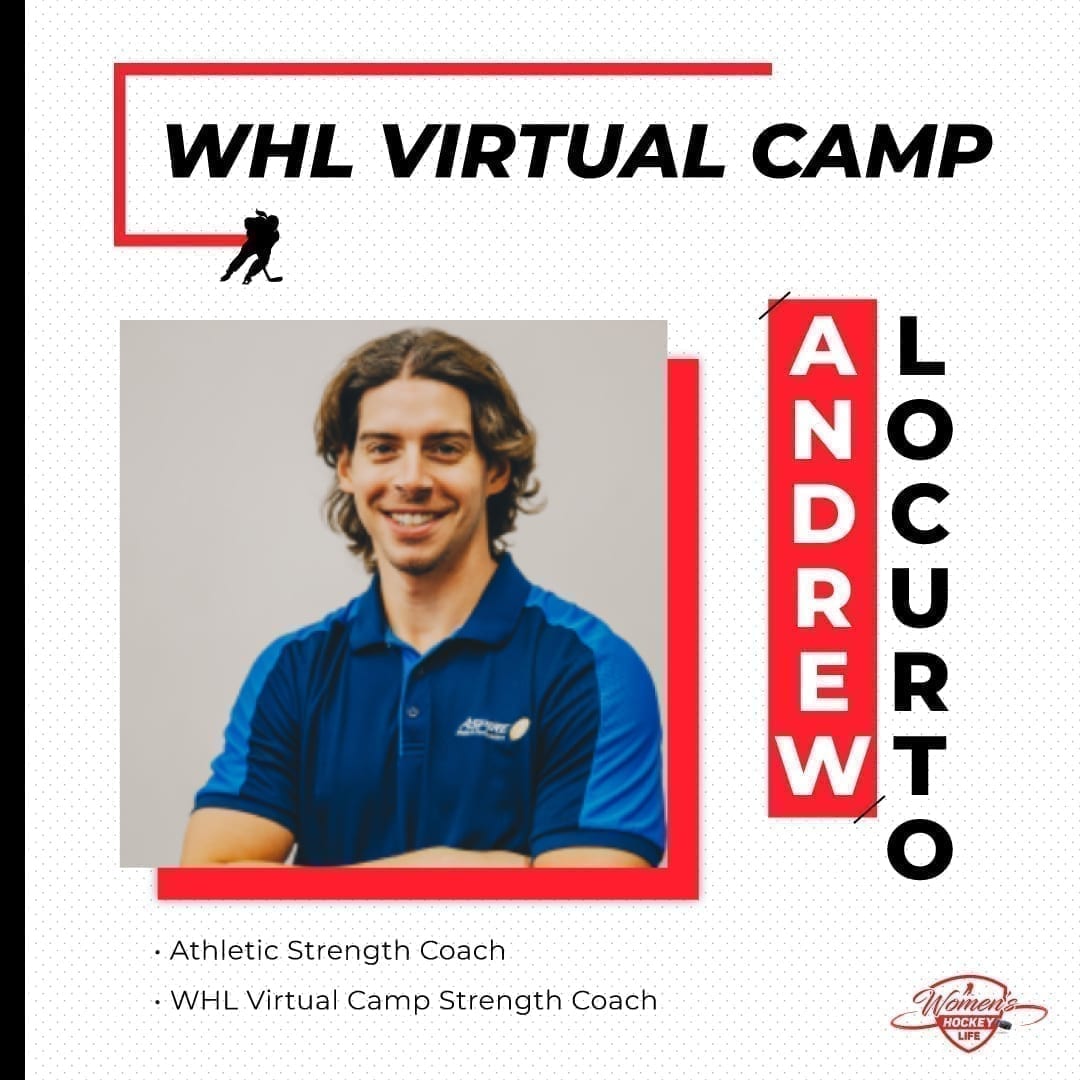 With over 18 years of competitive hockey experience, Andrew is joining WHL Virtual Camp to help female hockey players achieve even more performance on the ice through proper strength and conditioning. 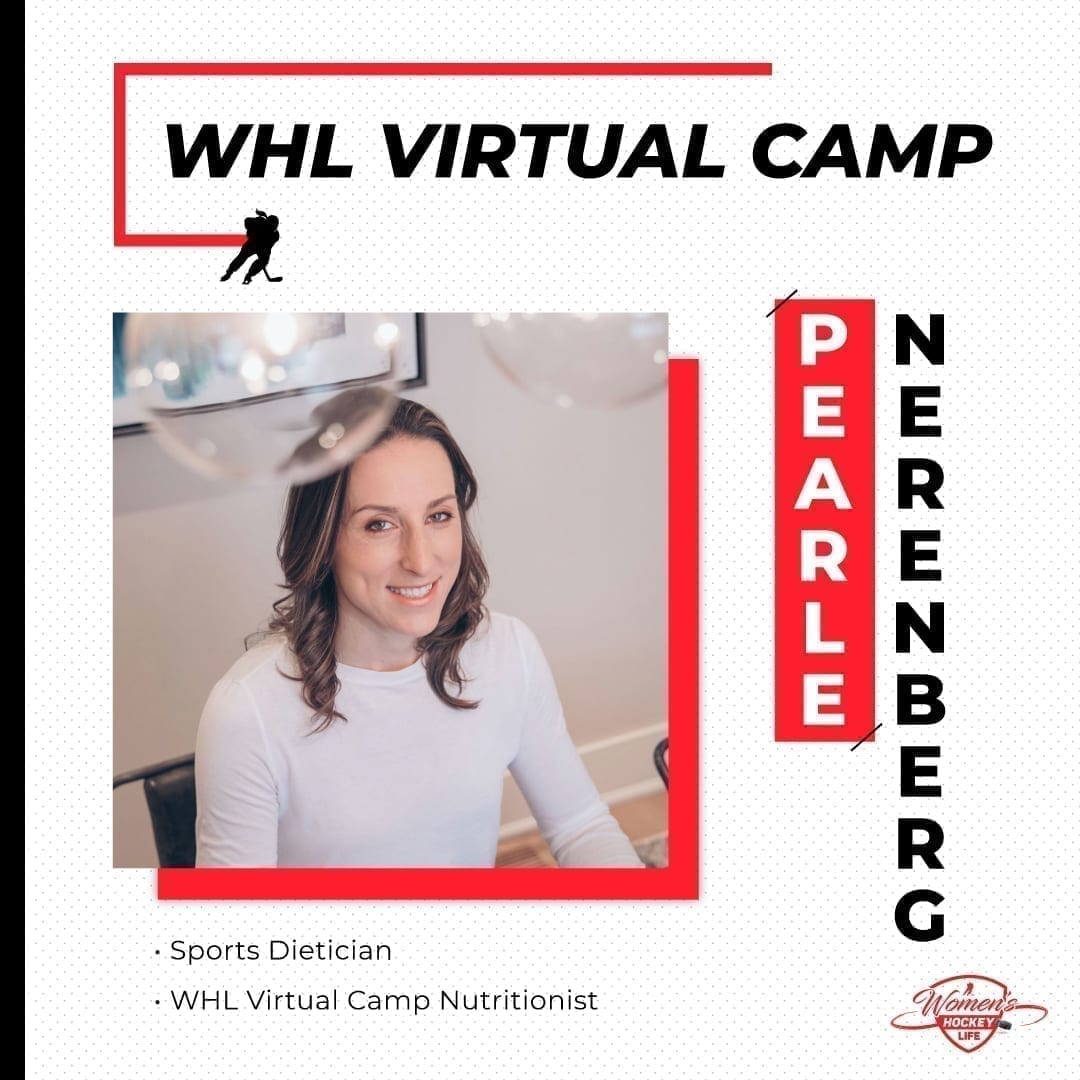 Pearle Nerenberg is the founder of Eat This for Performance, a company offering online support for athletes to better understand nutrition and meal plans to ensure they’re performing at their best.

Pearle is joining us for the WHL Virtual Camp to give expert advice to female hockey players on how they can reach optimal performance by putting the right food in their body. 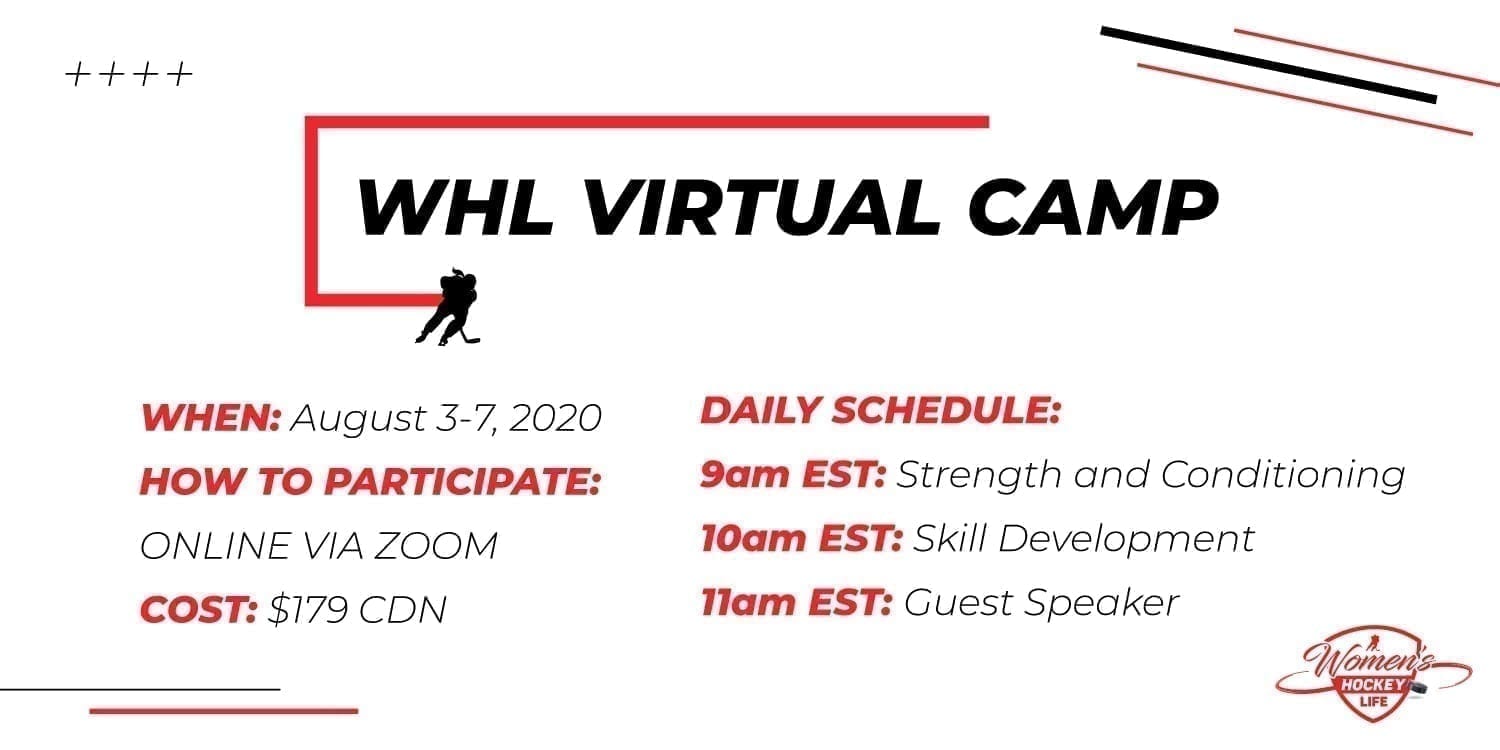 REGISTER NOW TO LEARN FROM THE BEST!