After a respectable rookie campaign with the CWHL’s Calgary Inferno, one which saw Kayla Gardner grace the ice in 28 games played (including playoffs), the next chapter of her hockey narrative resulted in an exciting development. Venturing across the Atlantic, Garnder gained a roster spot with Brynäs IF, competing in the Swedish Women’s Hockey League.

The Brynäs IF roster featured an exceptional assortment of Canadian talent. Among them was blueliner Ivana Bilic, whose professional career began with the NWHL’s Connecticut Whale. In addition, Bilic held a connection with Gardner, as she was a rival at the NCAA level with Bemidji State, while Gardner skated for the University of North Dakota Fighting Hawks, where she made 146 appearances with the program

Goaltender Sonja van der Bliek, Cassandra Vilgrain, a U Sports All-Canadian with the University of British Columbia, and daughter of Claude Vilgrain, who played for the NHL’s New Jersey Devils, along with Jennifer Wakefield, a gold medalist at the 2014 Winter Games comprised the remainder of the Canadians competing for Brynäs IF. Akin to Gardner, van der Bliek and Wakefield were also CWHL alumnae, although they donned the jersey of the Toronto Furies.

Taking into account that the last decade has seen so many talented Canadian skaters bringing their renowned skills to leagues throughout Europe, it is testament to the strong pool of talent able to take on the empowering opportunities offered. Certainly, the presence of so many Canadians accounted for a much more enjoyable transition,

“It was a very cool experience being able to play in Europe. It was nice to see different parts of Sweden. My teammates and the staff were very welcoming, which made the adjustment pretty easy. I thought there would be more of a language barrier but most of my teammates and coaches spoke English, which also helped with the adjustment.”

For the native of Eagle Lake, Ontario, Gardner has logged her share of miles in a well-travelled career. As a prodigious teenager, Gardner crossed the border, suiting up for the Warroad Warriors, an elite high school team based in Minnesota, also known as “The State of Hockey.” Bestowed the honor of team captaincy, she would enjoy a state championship in the Warriors jersey.

Remaining in the US Midwest after graduation with the University of North Dakota, she would go 33rd overall in the 2017 CWHL Draft. Her first season of professional hockey resulted in the Inferno facing off against a pair of teams from China: the Kunlun Red Star and Vanke Rays. Relishing the opportunity to extend her professional odyssey by competing in Sweden, it reinforced the theme of travel.

In 24 games played for Brynäs IF, Gardner managed to place among the top 10 in scoring. Logging only four penalty minutes, she tied with Andrine Furulund for lowest on the team, displaying an admirable discipline on the ice. Such an approach is emblematic of her stoic work ethic, setting a standard for her younger teammates to emulate,

“I am not the most vocal player and I never have been, so I have been more of a lead by example player. I come to the rink focused and ready to play, which is what I did with Brynäs IF. There were quite a few younger players so I tried to set a good example for them.” 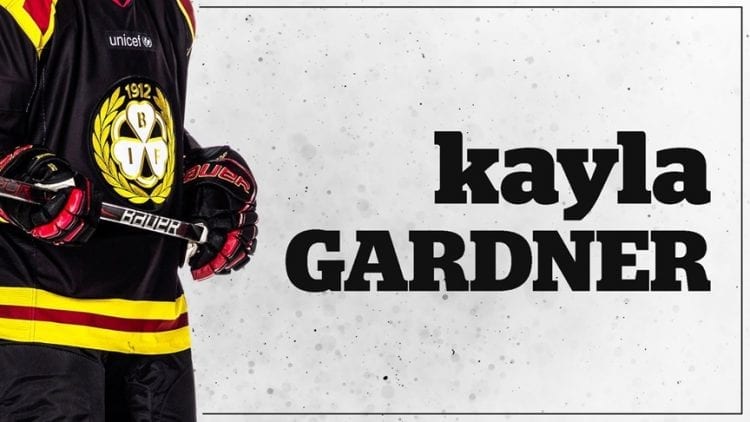 Statistically, Gardner’s first point in SDHL play took place in an October 6, 2018, match against Linkoping. Collaborating with Sarah Forster, both gained the assists on the first goal of the game, scored by Vilgrain. Unfortunately, said goal would prove to be the last by Brynäs IF, as their opponents racked up five unanswered goals in a 5-1 final. As the season progressed, she would enjoy further offensive synergy with Vilgrain, assisting on her goal in a 4-0 shutout triumph over AIK prior to the holiday break on December 2.

Worth noting, Gardner would find the back of the net on October 27, contributing in one of Brynäs IF’s most convincing wins of the season, prevailing over Goteborg in a 6-1 tally. Earning the assists on her landmark goal were Georgina Farman, a native of United Kingdom who has skated with the Sheffield Shadows and SDHL’s Linkoping, along with Erika Grahm, who spent the two previous seasons with Modo and is a veteran of the Swedish national team since 2012.

The crowning touch to Gardner’s inaugural season in the SDHL involved Brynäs IF qualifying for the postseason. Of note, there was a unique sense of reunion for Gardner. Opposing Modo, there were no shortage of familiar faces from her formative time competing in the NCAA. From the outset, Kaitlyn Tougas, a resident of Thunder Bay, Ontario, and teammate of Bilic at Bemidji State, along with Michela Cava, who skated for the University of Minnesota-Duluth Bulldogs were garbed in the Modo jersey.

With Modo sweeping Brynäs IF in three games, winning in a 3-1 final on February 17 to complete said sweep, there was a tinge of irony in the fact that Tougas and Cava each logged three points in the victory. Following the first-round exit, Brynäs IF team captain Angelica Östlund, who has played in more SDHL games than any other female competitor, made the visceral decision to depart from the game.

Despite the feeling of loss that understandably occurred, the bigger picture could not diminish the positive feelings that defined such a breakthrough season. In awe of where the game has taken her throughout her athletic narrative, Gardner gained a tremendous positive athletic and personal growth, finding an edifying component in the acquisition of the customs of her temporary homeland.

“The experience alone was amazing! It was cool to learn about the Swedish culture and traditions. It is still crazy to think of all the places hockey has brought me to and I am grateful for this experience in Sweden.” 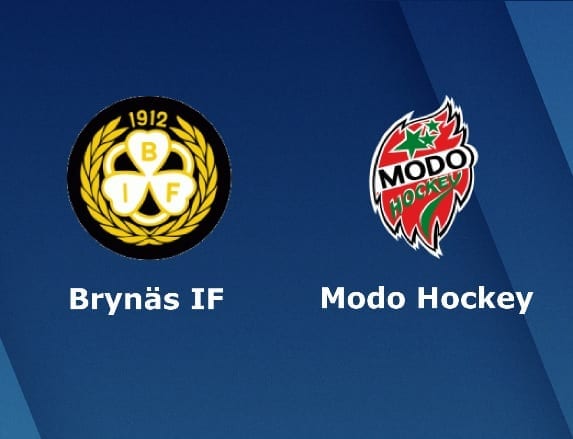 Fittingly, Modo would provide another unique aspect to Gardner’s season, certainly emerging as a key theme. As a side note, Modo’s men’s team has featured the likes of Peter Forsberg, Markus Naslund and the Sedin Twins, among others. Finishing second overall in the SDHL this season with 79 points, Modo trailed first place Lulea by 14 points.

A Halloween tilt against Modo supplied Gardner with one of her biggest highlights of the season. Such matches are indication regarding the evolution of league play in professional women’s ice hockey, as it allows for the development of growing rivalries between multiple teams. Simultaneously, such rivalries allow for an extra dimension to the rapture that accompanies the feeling of achievement from winning, while augmenting fan interest.

Considering that Gardner emerged as a contributor in the win versus Modo, it added a touch of luster to a stirring result. Assisting on a goal by Savannah Newton in the second period, the score was tied 2-2 heading into the third. Coincidentally, Grahm, the former Modo star, would score twice in the third period, earning a hat trick in the contest, supplying the heroics in an electrifying 4-2 win, treasured by a jubilant Gardner.

“In looking back on this season, my favorite game was when my team beat Modo, the second place team. The energy was high on the bench and it was a fun game to be a part of. It just showed us that we were a strong team and we were competitive in the league.”

Mark Staffieri
Mark Staffieri
Mark Staffieri
Raised in the Greater Toronto Area, Mark holds an extensive writing background. A contributor to Wikipedia since 2007, his writing endeavors have included writing for Bleacher Report (2012-13), and the former CWHL (2012-15), and the Canadian division of the Legends Football League (2013-14). Also part of the team of writers for Hockey Canada at the 2013 IIHF Women's World Championships in Ottawa, Mark contributed features on Jenny Harss, Elin Holmlov, Iya Gavrilova, Kathleen Kauth, Lucie Povova, Alex Rigsby, Julia and Stephanie Marty, and Katie Weatherston, among others. In addition to composing more than 700 articles for Women's Hockey Life (since 2012), his current slate of duties includes covering female tackle football for Canada Football Chat, along with pieces for NowVIZ Magazine (digital format) since its inaugural issue. Also the publisher of allowhertoplay, a website devoted to the heroics of sporting heroines, Mark remains focused on raising awareness of the positive impact of women in sport.
Previous Post
ASHL player Michelle Stanford redefines aging in hockey
Next Post
NCAA D3: Maddie Evangelous – Elmira Soaring Eagles