With only two practices left before game one of playoffs, the Ooks are exactly where they want to be. To nobody’s surprise, the Ooks will be facing the Red Deer Queens in the first round, with home ice advantage going to the Queens.

The two teams faced each other last weekend in their last two games of the regular season and the Ooks showed up. The Queens opened the scoring but the Ooks were able to tie it up quickly. Natsumi Sugimoto got her first ACAC goal—a shot from the point that deflected off a body in front of the net. The game continued through two periods of overtime and into the shootout. Sugimoto was the first shooter in the shootout and beat the Queens’ goaltender with a beautiful backhand move. The Queens’ third shooter would go on to score, leaving it tied up again. The Ooks battled the Queens through twelve rounds, some scoring and some not until finally the Queens were able to score the last goal, taking the game at 2-1.

The Ooks came out hard on Saturday, on the Olympic ice surface in Red Deer. Megan Leblanc opened the scoring for the Ooks with a shot that rebounded into the net off of a Red Deer player. The Queens were able to steal a goal after the puck bounced off the top of the net and off of Ooks goalie Kaitlyn Slator’s head into the back of the net. After a flukey goal on each side, it still felt like a 0-0 game. Late in the third, Delaney Martin got a back door pass and rifled the puck over the shoulder of the Queens goalie. The Queens put on the pressure and pulled their goalie to try to get that one back, and Myah Mindus was able to shoot the puck down the ice and into the open net for her first ACAC goal. The Ooks would take the game 3-1.

Saying Goodbye to the Seniors

The seniors played in their last regular season game on Saturday night, and on Friday night, the Ooks honoured the players that would be leaving. 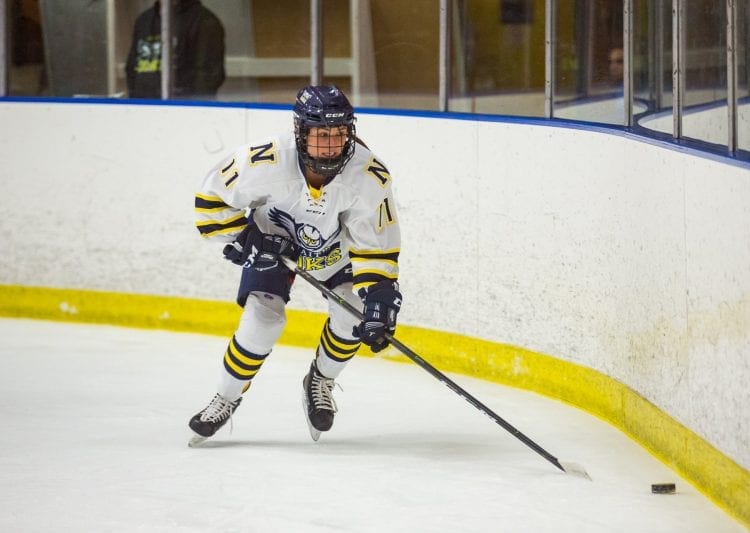 #11 Livia Lucova played five years at NAIT and is completing Personal Fitness Training. She is hoping to be a trainer, specifically working with professional athletes, preferably hockey players. She says her most memorable moment at NAIT was winning an ACAC championship in her first year. 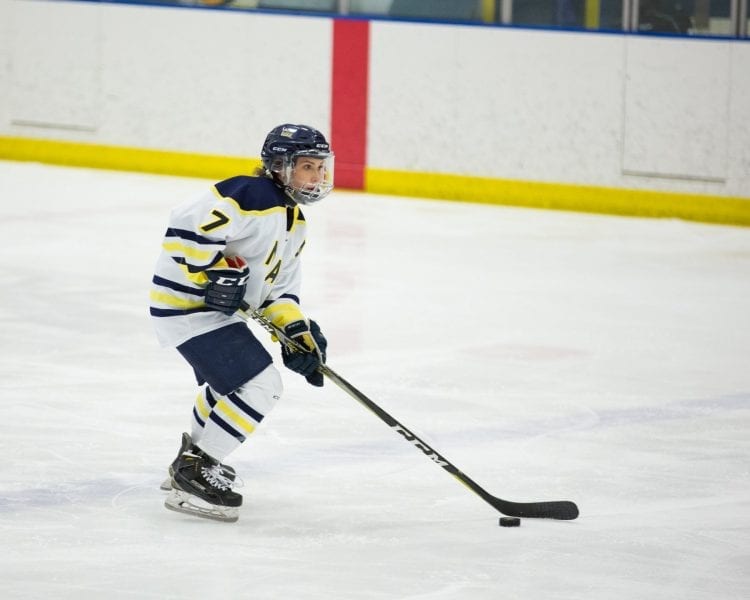 #7 Julia Wing has finished her five years in the ACAC with her last three being here at NAIT. She is also getting a diploma in Personal Fitness Training and is planning on staying in Edmonton and working as a trainer in the city. Wing says the friendships and she has made at NAIT are lifelong and she will keep these memories with her far beyond the walls of the arena. 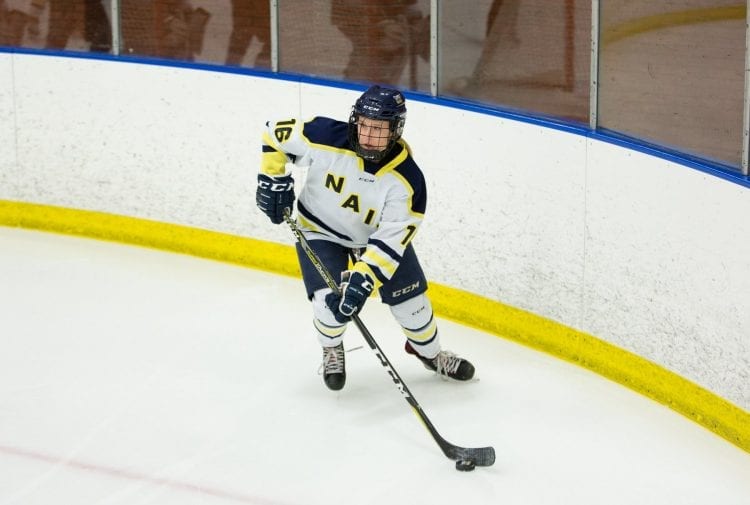 #16 Megan Leblanc is graduating from Personal Fitness Training after three years at NAIT. Next year, she is headed to the University of Alberta to get a Bachelor of Arts, preferably in Recreation Sport in Tourism, as well as playing for the Pandas. 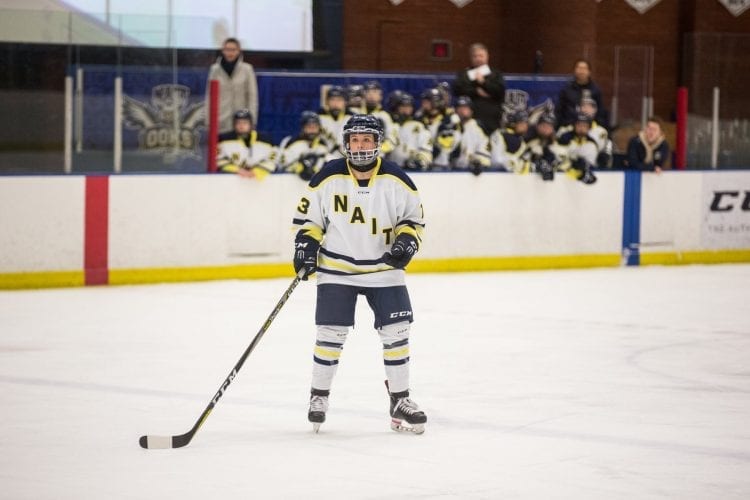 I, #13 Moira Bryan am graduating from Radio and Television Broadcasting after two years at NAIT. I’m currently doing a practicum at the U of A and hope to get a job in the industry following that, preferably making videos for social media and advertising. I’ll cherish the friendships I’ve made, and I know that I’ll carry them with me far in my life. 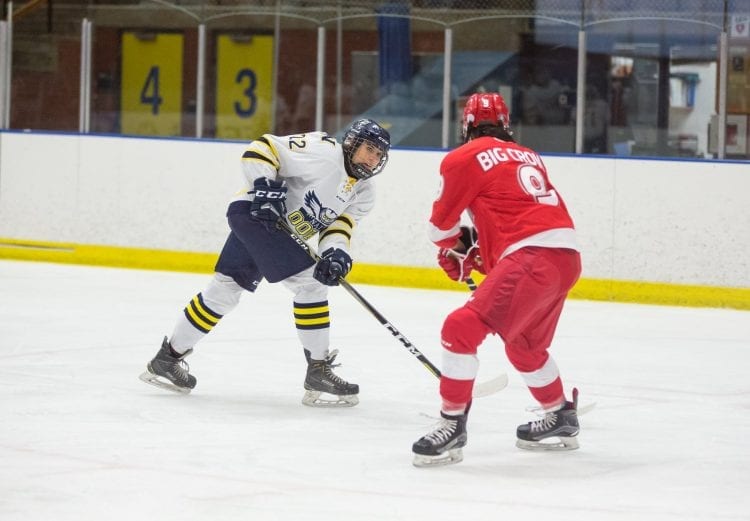 #22 Brooklyn Colborn is also graduating from Personal Fitness Training after getting her diploma in just two years. After this, Colborn will be going into Agriculture at the University of Saskatchewan. The most meaningful part of her time as an Ook is the people she’s met and the relationships she’s built during her time here. 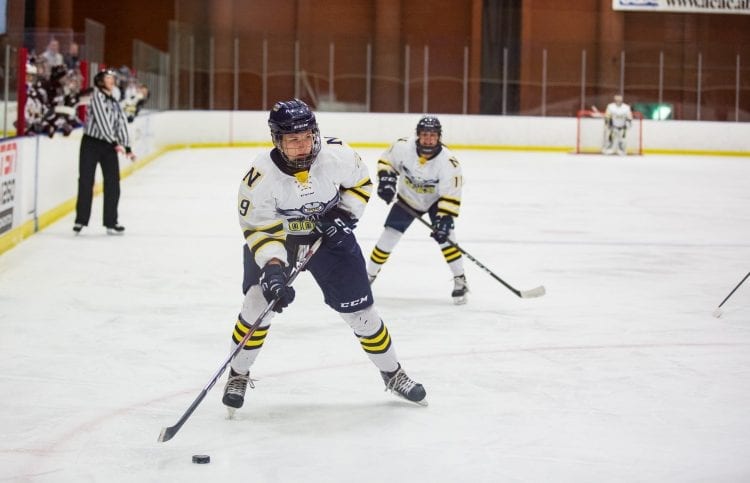 #19 Wynona Creyke is graduating from the Veterinary Technician program after two years at NAIT. Next year, Creyke plans on either returning to her home town of Smithers, B.C. and working, or staying to study business. She will always remember all of the memories that she made as an Ook.

The Ooks’ systems are working for them and they outplayed Red Deer this weekend in both games. The issue of scoring is still very prevalent. While they did score three goals on Saturday, one of them was an empty net goal and they only scored one goal on Friday. The Ooks will need to find more ways to get pucks to the net and stick around to put them in if they want to make it to the Finals.

That being said, the teams couldn’t be closer matched and this weekend’s series is going to be a good one. The Ooks play at 8 p.m. on Friday in Red Deer, 2 p.m. on Saturday at the NAIT Arena and 5 p.m. on Sunday in Red Deer, if necessary.