As the University of Western Ontario (UWO) Mustangs women’s ice hockey program has enjoyed a competitive renaissance, emerging as one of the elites in the Ontario University Athletics (OUA) Conference, the presence of Carmen Lasis between the pipes builds on the legacy of proficient goaltenders. Following in the footsteps of Kelly Campbell, they are the only two Mustangs goaltenders to have won the McCaw Cup.

Among the highlights of Lasis’ time with the Mustangs purple has included the very proud personal milestone of calling her older sister Anthea as a teammate. Separated in age by three years, the gap meant that during Carmen’s years in minor hockey, she was unable to share the ice with her older sister.

The bond between them strengthened significantly when Carmen arrived at the UWO campus in London, during the autumn of 2017. Undeniably, the presence of her older sister was essential in the adjustment to university life, a significant rite of passage.

“Definitely! She was super supportive. She made sure I was comfortable (at Western). It helped me know the team better and it made it so much easier to transition. I could always talk to her.”

Making her competitive debut on the road, an October 20, 2017 versus the Nipissing Lakers, Lasis would record 23 saves in a 6-3 win, the jubilation of the achievement was enhanced by the presence of Anthea, with the number 71 adorned on the back of her jersey, gracing the ice. In her next start, a 5-1 trampling of the Laurentian Voyageurs, the October 21 affair took on profound meaning, as Anthea logged an assist on a third period goal by Evra Levesque.

Considering that Anthea would not score a goal during her sister’s rookie season with the Mustangs, she would place her name on the scoresheet during the 2018-19 season, which was her senior season. In a tinge of irony, Anthea’s first goal of the season, part of a 5-2 win against the UOIT Ridgebacks on October 20, 2018 saw Carmen serve a back-up role, as Tareya Webster took the win.

Adding to the theme of irony was the fact that when Anthea would next score a goal, the game-winner versus Laurier on November 4, it was Webster back again between the pipes. Eventually, Carmen would gain the thrill of her older sister scoring a goal while she was guarding the Western crease. In a convincing 6-0 blanking of Laurentian, which saw April Clark score a natural hat trick, Anthea scored at the 14:16 mark of the second, resulting in a cherished result for both.

Just as important for the Lasis sisters was a home affair versus the Waterloo Warriors on February 10, 2019. With pre-game festivities recognizing Senior Night, of which Anthea was among five graduates, including Edie and Evra Levesque, Catherine O’Connor and Shailyn Waites, Carmen made 25 saves in a 2-0 shoutout, adding to the feeling of celebration that came with senior night festivities,

Appearing in 19 games during her freshman season of 2017-18, Lasis’ 13 wins ranked second in the OUA. In addition, she topped all conference backstops with a sterling .765 win percentage. As a side note, she would also rank in the conference top five in terms of games started (18), minutes played (1095:27), goals against average (1.48) and saves (426). Taking into account that Lasis displayed such strong veteran poise in the role of starting goaltender as freshman, Lasis never lost perspective, displaying a combination of maturity and composure,

“It was really fun. I loved playing and being able to influence what happens on the ice.”

Although Lasis would start her freshman season with a won-loss mark of 3-5-0, she quickly bounced back. Starting with a 4-2 road win against the Brock Badgers on December 2, she would assemble a four-game winning streak, including a 3-0 shutout versus Waterloo, starting 2018 on a winning note.

Despite the fact that a 2-1 loss against Laurentian on January 14 snapped said streak, Lasis would win her final six starts of the season, including a road shutout versus Queen’s, and back-to-back blankings of the York Lions on February 3 and 9.

By season’s end, Lasis would enjoy a significant haul of hockey hardware. Defeating the Queen’s Golden Gaels in the OUA championship game, earning 28 shots in a 3-0 shutout triumph, the Mustangs captured the McCaw Cup. Recognized as Game MVP, she was also honored as the Mustangs Athlete of the Week (for the week of March 12, 2018).

Building on this momentum as the University of Western Ontario served as host venue for the 2018 U SPORTS women’s ice hockey national championships, the first round saw Lasis earn one of the biggest wins of her career. Constantly in the national championship conversation, Les Carabins de Montreal are among the premier programs of U SPORTS hockey. Undeterred, Lasis blocked an astounding 41 shots, compared to 22 for Montreal’s Marie-Pier Chabot, denying a dejected squad a chance to advance to the medal round.

Fittingly, Lasis earned the Player of the Game honors for Western, who would defeat the Saskatchewan Huskies by a 2-1 mark in the semi-finals. With goals from April Clark and Alyssa Chiarello, the contributions of Lasis were just as crucial. With the Huskies pulling goaltender Jessica Vance in the third period with minutes to play, Lasis remained poised, as the Huskies outshot her Mustangs by a 9-4 mark in the period. Advancing to the national championship game versus the Manitoba Bisons, it allowed a proud Lasis the opportunity for her older sister to play her final game in the largest showcase of Canadian university hockey.

During such a memorable season, another treasured highlight involved the chance for Lasis to connect with her hometown roots. Raised in Toronto, where she played with three different PWHL teams (Toronto Leaside Wildcats, Mississauga Chiefs, Aurora Panthers), one of the annual highlights in the Mustangs hockey calendar includes the chance to return home multiple times during the season.

Considering that the Greater Toronto Area is home to three women’s ice hockey programs in OUA play, the Ryerson Rams, University of Toronto Lady Blues, and York Lions, such venues provide Lasis with a constant presence of friends and family, among the familiar faces in the stands, it adds a fantastic feeling of home ice advantage.

“My parents come to all those games (in the GTA). My sister, uncle and cousins, plus all my high school friends, too.”

Enhancing the opportunity to showcase her skills in her hometown, was also the opportunity to experience a defining moment. Gracing the ice at Toronto’s Mattamy Athletics Centre (MAC), home of the Ryerson Rams, Lasis had to wait until her second season, as November 24, 2018 marked the date of her debut on their hallowed ice surface, one that represents a treasured prospect for any player raised in the GTA.

In addition to serving as one of the venues for the 2015 Pan American Games, the legacy of the MAC is the fact that it is housed inside of Maple Leaf Gardens, former home of the NHL’s Toronto Maple Leafs for over 65 years during the 20th Century. The revival of this heritage building as home to hockey once again provided a remarkable allure, one that saw Lasis play one of the greatest games in her Mustangs career.

With a power play goal by April Clark in the first period, said goal actually proved to be the game-winning tally, as Lasis would record 39 saves in a 4-0 shutout. Clark would score again in the second, finding the back of the net at the 9:17 mark, while she would assist on Evra Levesque’s goal, amassing a sensational three point night. In the third, Jessie Sanghe scored short-handed, to place the game out of reach.

“That was really cool. I am a Leafs fan and love playing there. It is a really nice rink and knowing that they played there just feels cool.”

Retaining the starting duties throughout the 2018-19 season, Lasis delivered on all accounts, continuing to develop into an elite presence between the pipes. Ranking in the top five among OUA goaltenders in eight different statistical metrics, Lasis would rank third in games played (20), games started (20), minutes played (1208:36), saves (482) and wins (10), showing no signs of a sophomore slump.

Adding to her body of work with a third straight season as starter, hoping that another run of postseason brilliance shall launch the new decade in exciting fashion, the Mustangs definitely have a gem in Lasis. While her sister starts a new chapter, skating professionally for the ZSC Lions in Zurich, Switzerland, Lasis, who has already grown into a leadership role, is ready to move into the periphery as a cornerstone for the Mustangs, maintaining their status as one of the OUA’s finest.

Providing an element of confidence, and a passion for the game, the experience is reaching its halfway point, one that has already been defined by sheer enjoyment. Holding potential for many more memorable highlights, just as substantial is the feeling of unity that has defined a commendable team culture, the feeling of finding a second family in her teammates is one that makes Lasis elated to don the Mustangs’ purple and white,

“Everything is a great experience. Very high level of talent and it feels a lot like a family. This season, I think we have a really good team.”

Mark Staffieri
Mark Staffieri
Mark Staffieri
Raised in the Greater Toronto Area, Mark holds an extensive writing background. A contributor to Wikipedia since 2007, his writing endeavors have included writing for Bleacher Report (2012-13), and the former CWHL (2012-15), and the Canadian division of the Legends Football League (2013-14). Also part of the team of writers for Hockey Canada at the 2013 IIHF Women's World Championships in Ottawa, Mark contributed features on Jenny Harss, Elin Holmlov, Iya Gavrilova, Kathleen Kauth, Lucie Povova, Alex Rigsby, Julia and Stephanie Marty, and Katie Weatherston, among others. In addition to composing more than 700 articles for Women's Hockey Life (since 2012), his current slate of duties includes covering female tackle football for Canada Football Chat, along with pieces for NowVIZ Magazine (digital format) since its inaugural issue. Also the publisher of allowhertoplay, a website devoted to the heroics of sporting heroines, Mark remains focused on raising awareness of the positive impact of women in sport.
Previous Post
PWHPA announces Philadelphia Women’s Hockey Showcase
Next Post
AMBASSADOR SPOTLIGHT: Katie Shopp | Cleveland, Ohio

Alice Philbert and her finest hour for Concordia 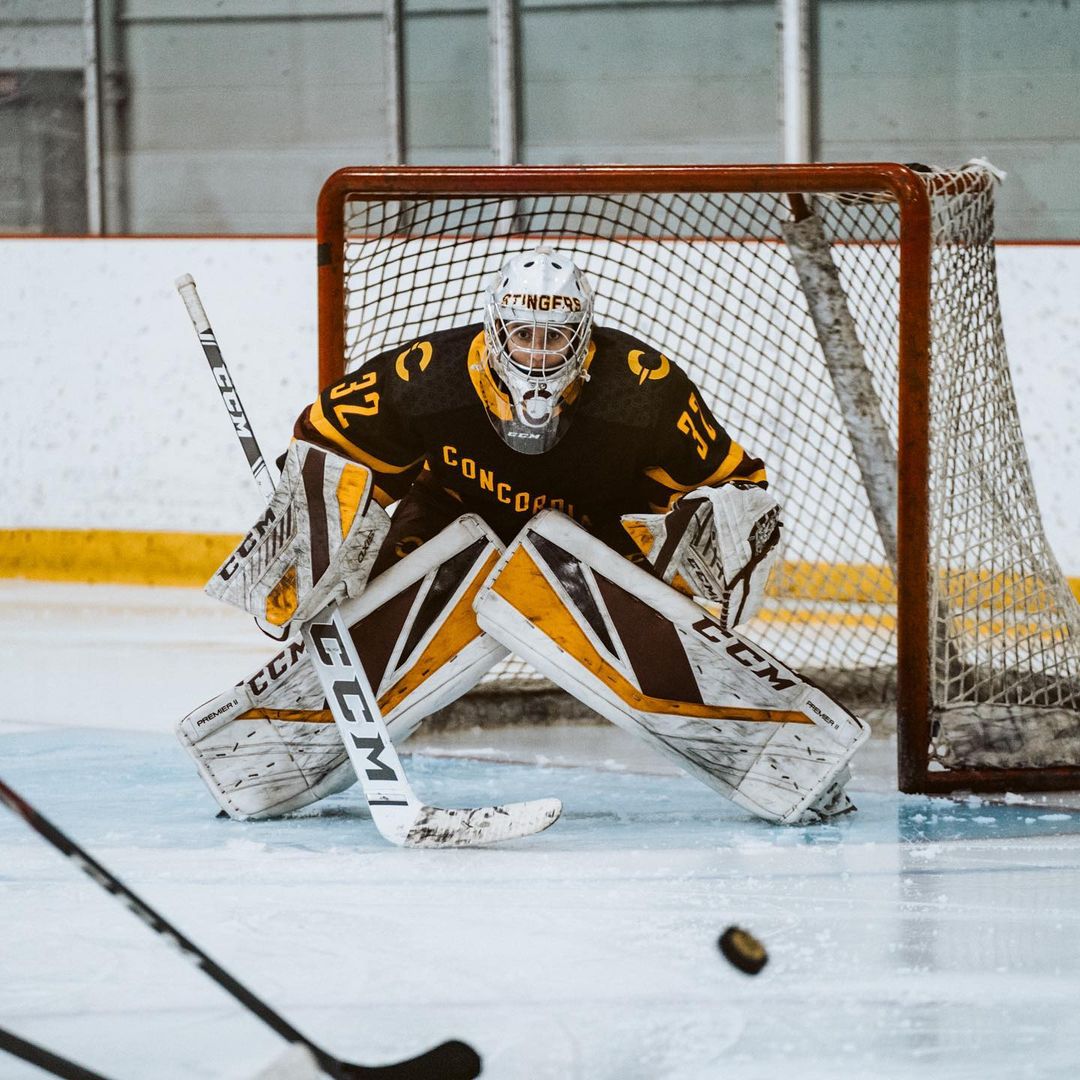 Around the Rink, Leagues, Locker Talk, PHF, U SPORTS, University 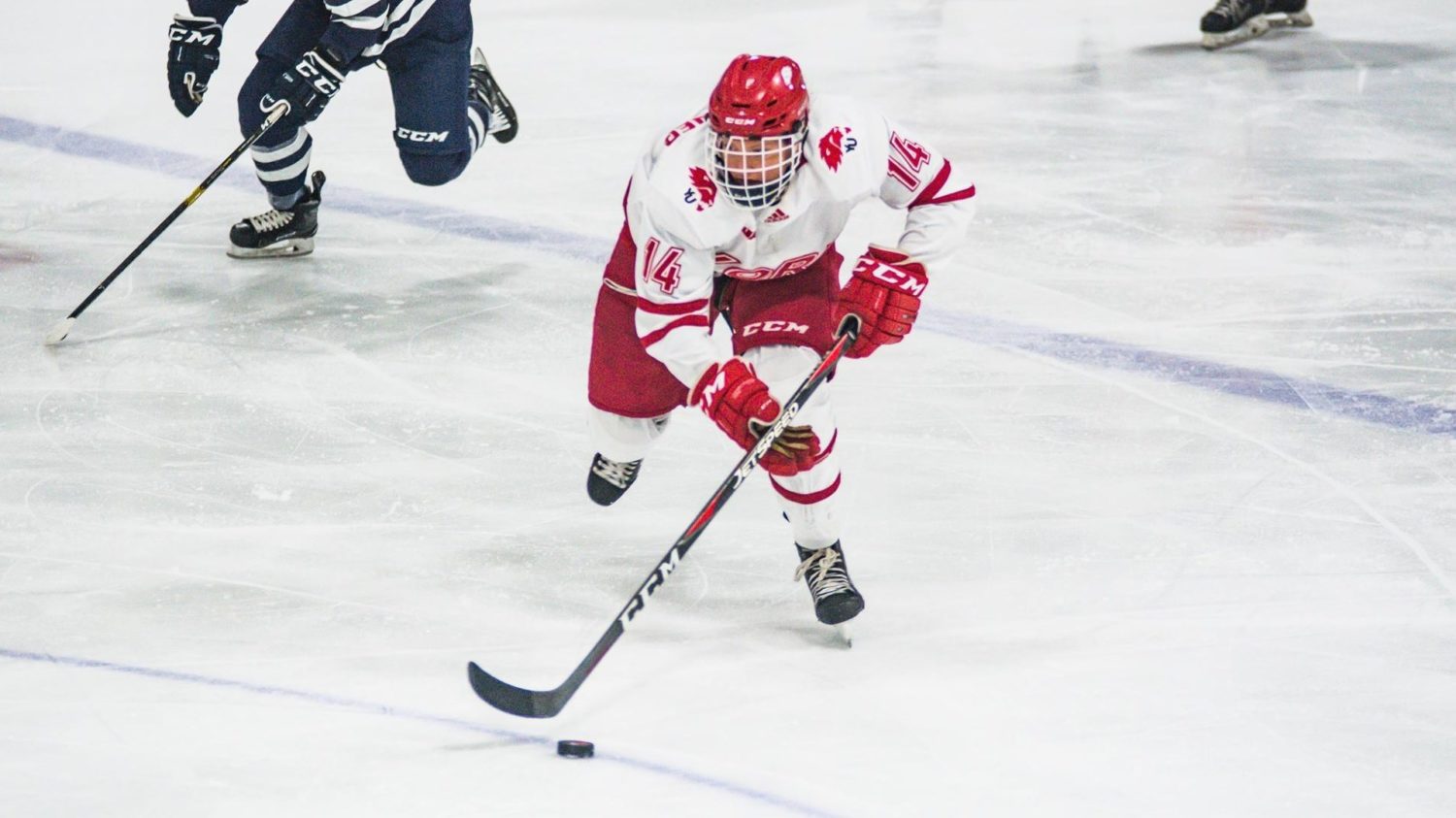