It was my long lost hockey friend Jessica Cox who shared these words with me. I reached out to get her perspective on coaching hockey. Jessica lives with her family in the very small and remote community of Fort Smith, North Territories in Canada. She and I met in my early 30s when I was living in Yellowknife. She is someone I immediately felt a strong connection with because of our shared hockey experiences and passion for developing female hockey.

Jessica with her two kids Olivia and Joe

With two kids in hockey, Jessica has been a staple in their hockey journeys as a long-term community coach. She also has experience coaching at higher levels like the Canada Winter Games and the Arctic Winter Games.

Jessica described an ideal world where women are fully integrated into local hockey programs. In her community, there are several other women on the sport association board.

In March 2020 I was elected to my local hockey association board and I was the only form of diversity on this eleven-person board. I would also be the only woman. I joined the board with one goal in mind: to get more women in leadership roles in hockey. “See it. Be it.” That was my focus.

My very first introduction to the board was an in-person socially distanced meeting. I walked into the room and sat down. All around me, other board members were engaged in small talk with each other as the room slowly filled up. No one introduced themselves to me. I am not sure anyone even looked at me. Well, I might have gotten a small nod from the one person I knew in the room who I coached with the previous year. That’s it.

There’s a classic Sesame Street skit where you are supposed to pick out the one thing that doesn’t belong with the others. I was that thing. I did not feel like I belonged. This feeling resurfaces often when it comes to being a female coach. It’s lonely, it’s tiring and it’s so frustrating.

Kate Van Deynze-Fleming has three kids who play hockey. Like Jessica, she has always been active in coaching their sports teams. She is a product of the University of Manitoba’s Women’s Hockey Team. Kate believes in the importance of both boys and girls seeing women in leadership roles in sport. 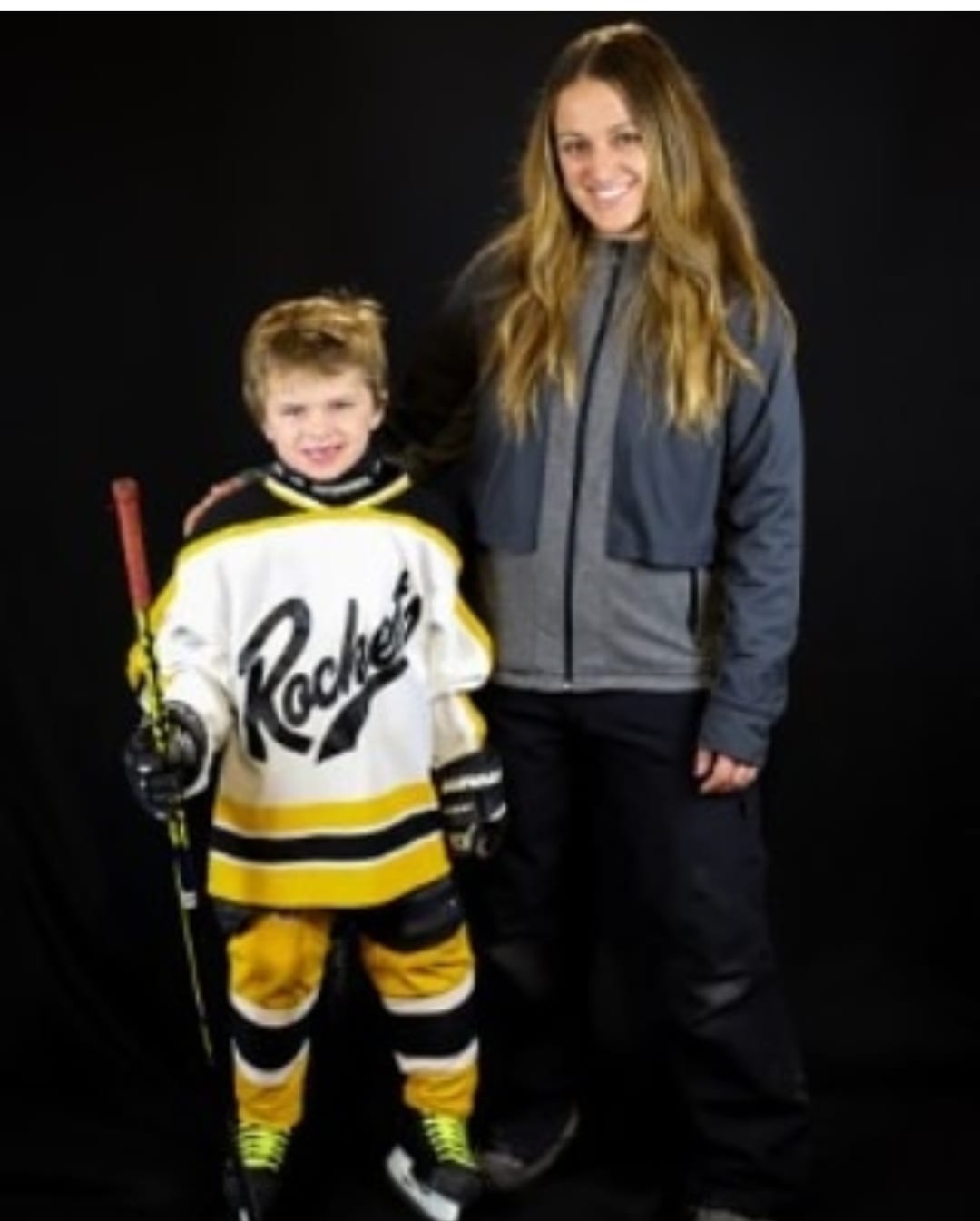 Kate and her son Luke

Kate is a teacher and an egg farmer who lives on a multi-generational farm close to a small rural Manitoban community. She is surrounded by beautiful rolling prairie hills and clearly defined gender roles and stereotypes. Like most small-town rinks, the beloved canteen inside the local arena is volunteer run. Parents take shifts selling those delicious rink burger and fry combos. Volunteer coaches tend to be excused from canteen duty, or at least the males are.

“My husband and I both coached but he was never asked to work kitchen shifts,” Kate noted. “But I was scheduled. And if I was scheduled and also supposed to be coaching at the same time, I had to work the kitchen and not head coach.”

While this might seem like a small thing, the problem is that it undermines  female coaches. This rink is perceivably treating Kate different based on her gender.  In doing this, the hockey community is telling Kate’s players that it is more important for their head coach to flip burgers than stand behind their bench. Her contributions are not being taken seriously.

Kate further confided that although she’s been in a heavily male-dominated ag industry all her life, she’s never felt like she does when she’s the only woman in hockey.

Women face unique challenges during coaching. A lot of them are similar to challenges women face in other aspects of life as well. Based on my experience and what I hear from other women coaching, here are the top three things grassroots hockey associations need to do:

How do we achieve the ideal world that Jessica enjoys in Canada’s Arctic? Through the power of networking.  As women in sport, we need to connect with each other as much as we can. We need to talk and share our ideas. We need to discuss our challenges and lean on each other for support and guidance. Most importantly, we need to offer each other the strength and courage to keep walking into the rink and getting on the ice. We need to keep the pressure on in the corners. That puck is ours.