Producing an elite level of female talent whose skills have propelled them to greater heights, Canada’s Capital Region has long been home to such brilliance. Although the junior ranks long featured a pair of prominent clubs from the PWHL, the Nepean Wildcats and the Ottawa Lady Senators, a highly competitive footprint is taking place in the Junior Women’s Hockey League (JWHL).

Led by head coach and General Manager Frank Cyr, the Ottawa Lady 67s are expanding the legacy for elite female hockey in the Capital. Among its brightest and most promising stars is a local talent making her presence felt on the blueline. Born in 2003, Regan Garreau provided a combination of playmaking ability and grit in her inaugural season for the Lady 67s.

Appearing in an astounding 65 games, bolstering the club’s defensive unit, Garreau, whose jersey is adorned by the number five, is also proficient at employing her vision of the frozen perimeter, aptly feeding the puck into the offensive zone. Currently an A-student, with an interest in the study of animals, Garreau, an on-ice volunteer at Carleton University summer hockey camps, has also excelled in soccer and volleyball. Of note, her path to the Lady 67s included serving as alternate captain with the Bantam BB Smiths Falls Cubs, while also serving in the same capacity at the Bantam A level as a member of the Kanata Rangers.

Unlike many other leagues, which are highly regional in scope, the unique facet of the JWHL stems from the fact that its member clubs stretch the numerous corners of the continent. From the Alberta-based Edge School, to New England’s Boston Shamrocks, along with a steady string of tournament and exhibition contests, Garreau and her teammates are well travelled.

Occasionally, the Lady 67s and other JWHL clubs intersect with clubs from the PWHL in tournament play, which showcases numerous leagues. The opportunity to face-off against local teams in exhibition play, including the likes of the Gloucester Lady Grads, Nepean Wildcats and the Ontario Hockey Academy, many of the Lady 67s’ opponents in tournament play included a varied group of notable programs from the United States.

From the Connecticut Polar Bears to Detroit’s Belle Tire, along with the iconic Shattuck St. Mary’s from Faribault, Minnesota, whose alumnae include the likes of Sidney Crosby and Brianna Decker, the quality of opposing teams encompasses a unique facet to the tournament experience. While the number of games and travel are considerably more than the university and professional ranks, the miles logged result in a combination of team building and empowerment, allowing Garreau an opportunity to enjoy other parts of the vast continent while cultivating a greater sense of confidence,

“Playing in the JWHL, it allows you to see lots of North America. Traveling with teammates makes friendships stronger, as well as building a real sense of independence and responsibility.”

Worth noting, Garreau’s last five games, spanning March 1-8, 2020, resulted in a solid four-game scoring streak, ending on a strong note. A two-game set with the visiting Boston Shamrocks saw Garreau record a multi-point effort in the opening game, a 9-1 triumph, while the following game resulted in an assist, prevailing by another convincing final, prevailing by a 7-1 tally.

Perhaps the most impressive facet was the fact that Garreau showed highly disciplined play, not recording a penalty in either contest. Closing the season versus the Ridley College Tigers and the North American Hockey Academy, based out of Vermont, Garreau would find the back of the net in each contest, including a multi-point output versus the Tigers.

LOOKING TO THE FUTURE

Considering that the Lady 67s have also developed talent for university play, the likes of Emilie Belanger and Maggie Peters competing in U SPORTS ice hockey, Garreau is optimistic that similar prospects are on the horizon. Undoubtedly, the success of her graduating teammates is one geared to increase her sense of motivation heading into her final season of eligibility, eager to propel her fundamentally sound skills to the next exciting level.

“Hockey is something I love and always will love. It is a huge part of my life. The prospect of getting a university degree while still doing what I love is extremely exciting and motivational for me. I think that the best part of my game is my vision of the ice especially on the breakout.”

With another season of eligibility, Garreau is ready to blossom into a bigger role for the Lady 67s. Eager to take on the mantle of leadership, one that comes with the acquisition of experience, she shows tremendous promise. Pondering the season ahead, Garreau graciously recognizes a key mentor in the earlier years of her hockey journey.

A member of Canada’s gold medal entry at the 2006 Torino Winter Games, Katie Weatherston followed it up with a title at the 2007 IIHF Women’s World Championships, contested in Winnipeg. Originally from Thunder Bay, Weatherston would play for the Ottawa Capital Canucks during the inaugural CWHL season (2007-08).

Gaining a place on the league’s 2007-08 Eastern All-Star Team, following a highly impressive 26 point campaign, the forward would settle in the Capital. Becoming an entrepreneur, balancing endeavors in real estate and establishing a hockey academy, Garreau was one of her students.

“Katie Weatherston is someone I would like to recognize. As a young female hockey player I attended many of her hockey training camps. She was one of the first of my female hockey coaches to teach handwork both on and off the ice. Her success in hockey was and always will be very motivational for me.”

Despite the visceral fact that the 2019-20 JWHL season was cut short due to pandemic concerns, which affected competition throughout the sporting landscape, every game is one that certainly holds the potential for both, heroics and recruitment exposure. Signifying a gaping hole for all of the league’s distinguished competitors, there remained a notable series of highlights during the 2019-20 Lady 67s season, allowing Garreau fond reflections.

In late October, Garreau enjoyed a pair of highly notable highlights, testament to her star potential. A unique exhibition match on October 23 saw the blueliner gain an assist versus the National Team of Korea, whose tour of Canada would also see them play versus PWHPA All-Stars in Montreal. Three days later, there was a strong sense of reunion versus the SUNY Plattsburgh Cardinals. One of the dynastic programs in recent NCAA Division III competition, the Cardinals, whose roster featured Lady 67s alum Tatem Cheney, hosted Fan Appreciation Day.

Another memorable moment represented one of Garreau’s favourite moments garbed in the Lady 67s paraphernalia. Participating in the 16th annual Stoney Creek University Showcase, hosted by the PWHL’s Jr. Sabres from September 13-15, 2019, the date of this prestigious event was one circled on the calendar of scouts and talent evaluators.

Featuring an astonishing assortment of teams from all corners of the continent, Stoney Creek served as the intersection for one of the season’s signature events. In the midst of such a gathering, Garreau and her Lady 67s managed a remarkable feat, enjoying a fourth overall finish. Helping set the tone for a highly successful campaign that saw the program perched among the elites of the JWHL, Garreau is eager to build on such achievements in 2020-21, ready to emerge, as one of the league’s finest on the blueline.

“A highlight from last season would the Stoney Creek University Showcase, the largest female hockey tournament with over 50 US and Canadian universities in attendance. It was our first tournament of the year and we performed very well, we placed fourth out of 64 junior teams. In the JWHL we also performed very well, placing second in the regular season and second in the playoffs.”

Mark Staffieri
Mark Staffieri
Mark Staffieri
Raised in the Greater Toronto Area, Mark holds an extensive writing background. A contributor to Wikipedia since 2007, his writing endeavors have included writing for Bleacher Report (2012-13), and the former CWHL (2012-15), and the Canadian division of the Legends Football League (2013-14). Also part of the team of writers for Hockey Canada at the 2013 IIHF Women's World Championships in Ottawa, Mark contributed features on Jenny Harss, Elin Holmlov, Iya Gavrilova, Kathleen Kauth, Lucie Povova, Alex Rigsby, Julia and Stephanie Marty, and Katie Weatherston, among others. In addition to composing more than 700 articles for Women's Hockey Life (since 2012), his current slate of duties includes covering female tackle football for Canada Football Chat, along with pieces for NowVIZ Magazine (digital format) since its inaugural issue. Also the publisher of allowhertoplay, a website devoted to the heroics of sporting heroines, Mark remains focused on raising awareness of the positive impact of women in sport.
Previous Post
PWHPA Spotlight: Chelsey Goldberg | Part Two
Next Post
AMBASSADOR SPOTLIGHT: Lauren Barras | Revelstoke, British Columbia 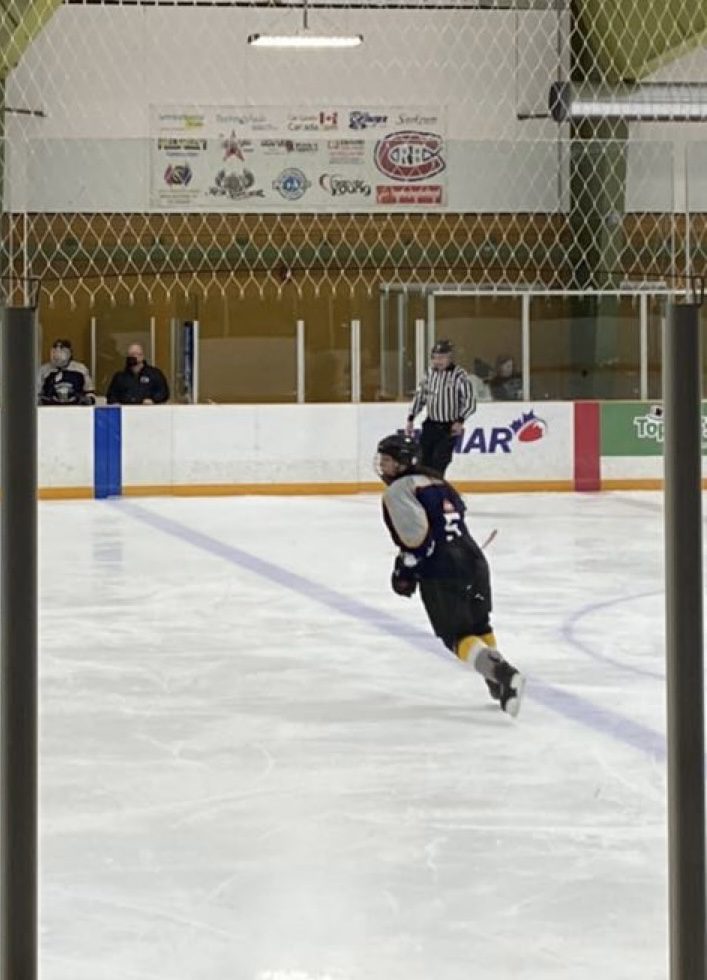 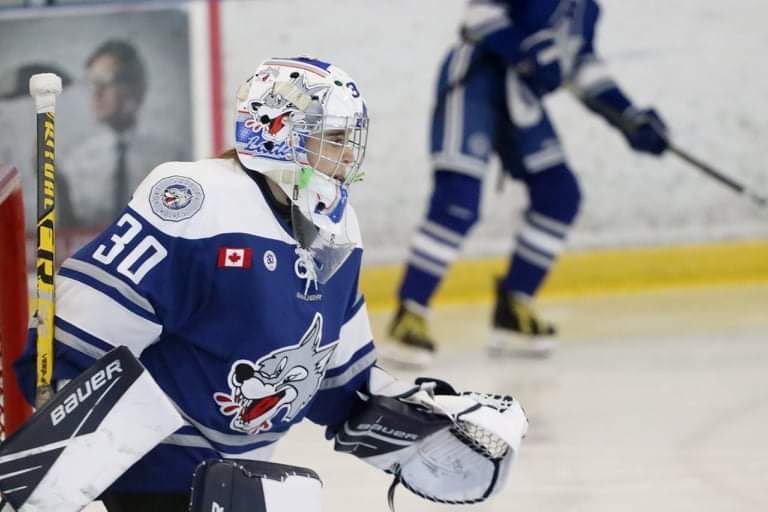