Undeniably, the chance to serve as host country for an international tournament signified an exciting breakthrough. As the Games allowed for the feeling of history and heritage to intersect in such an empowering forum, it marked a proud moment in Dr. Esther Silver’s hockey narrative.

With the IIHF tournament allowing for talent evaluation and valuable playing experience, it allowed Silver, the national team’s General Manager a proud validation. Admirably dedicating over a decade to building the game in Israel, Silver has adopted many roles, including ambassador for the game, motherly figure, and overall inspiration.

Having also utilized her medical expertise to serve as team doctor for the national team, Silver’s competitive background between the pipes enabled her to be a great resource for Israel’s goaltending unit. Although a full-time goaltending coach is a luxury that is not feasible for the national team, Silver attempts to provide guidance where possible. With Yael Fatiev emerging as the clear number one goaltender for Israel, she stands as a key building block for the program’s future.

“Because we have so limited ice time, there really is minimal opportunity to do any goalie coaching. I have been working hard on the team as to how to appropriately “warm-up” a goalie before a game, which is pretty important.

We currently have three goalies. One is very young and very exceptional, and she plays the majority of the games with international teams. She is hoping to pursue a career as a goalie in ice hockey. She won the Most Outstanding Player Award of the tournament at the 2022 IIHF Division III, Group B games in Serbia, very well deserved!” 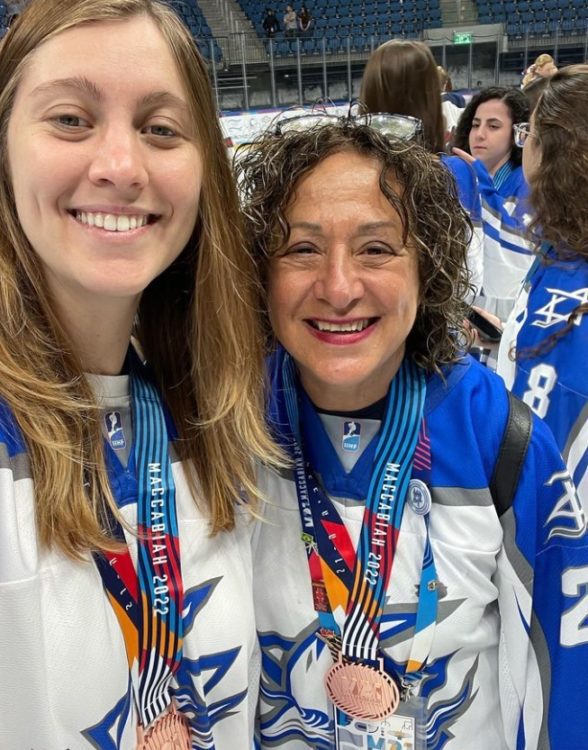 In addition to Fatiev, the presence of team captain Chen Kotler and highly promising forward Pnina Basov, spending the 22-23 season in Ontario, Canada, comprises a solid core. Worth noting, the first goal scored by Israel at the Games saw Ella Hirshfeld score the historic marker versus the United States.

Equally important during the Games saw Silver focus on the opportunity for her players to meet the Canadian and American skaters. With the presence of star power such as Samara Lewis, Molly Tissenbaum and Melissa Wronzberg attend a practice session for Team Israel, led by Canadian head coach Peter Smith, the opportunity to cultivate new friendships, while improving the skill sets of Israel’s players provided Silver with gratitude.

“The Maccabiah Games were something altogether different! Very exciting and lots of energy – young people from around the globe. I would say that it was an amazing experience for all the teams, and very emotional.

I had hoped to have more opportunity to develop close ties between the players from North America and Israel. That was a challenge logistically though I was able to organize joint dinners and other activities. Also, to have some of the outstanding players from Team Canada come and coach our girls, as well as their head coach, Peter Smith, so that was a great experience.” 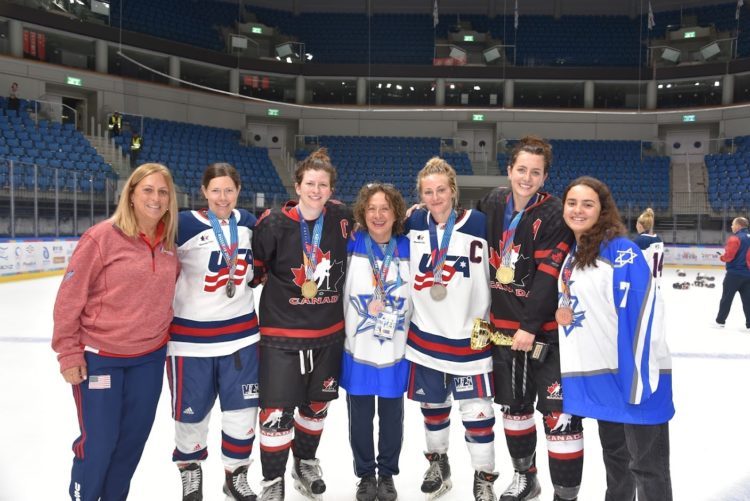 Finding role models in the wondrous women who skated for Canada and the United States, the impact generated provided inspiring purpose. With the Israeli players finding a heightened sense of motivation, the feeling of national pride stronger with each successive game, Silver noticed the team’s positive energy.

“Noticing that over the two weeks, the skill level of our national team increased significantly. Again, given the disparity in the opportunities available to North American players versus the Israeli players, there was obviously a huge gap in skill levels between our team and the North Americans.

However, I was proud of our women who asked that the other teams not “go easy” on us, even if the score was high. They wanted the experience of high level ice hockey. We were able to develop some good relationships with players on both North American teams, and felt that there was an amazing energy and camaraderie there. The North American players were generous and supportive and I feel we benefited greatly from the experience.”

With the success of the Maccabiah Games as the foundation upon which to build a new chapter, Silver is optimistic that the program can develop a greater international footprint. 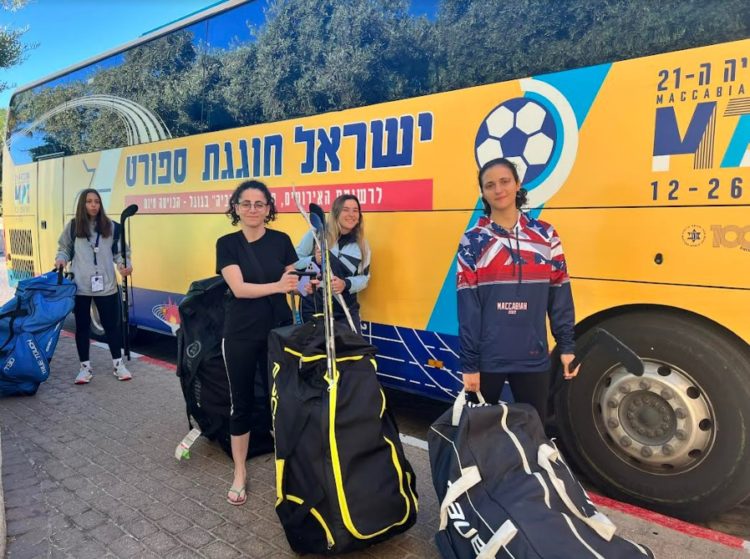 Although the obstacles of finance are prevalent throughout many sports, women’s ice hockey in many regions not immune to such difficult realities, Silver remains devoted. Looking towards further training camps and potential exhibitions, the achievements of 2022 are destined to stand as a stimulating starting point where the dream took shape.

“Currently, we are trying to organize a training camp in Czechia for a week, in a small town near the Polish border. It will be an opportunity for the women to have significant ice time, and play against local teams. I had hoped to succeed in organizing a training camp in Toronto. Unfortunately, it does not appear to be a feasible endeavour at this point.

Our budget is very minimal. All of the smaller hockey communities around the world, funding for women’s hockey in particular is not a very developed area. While I truly believe our National team is growing and developing, it is going to take some time for us to become a significant opponent on the international stage. However, given that women’s hockey in Canada took quite some time to “take root”, I have every hope and truly believe that we can achieve this.”

Mark Staffieri
Mark Staffieri
Mark Staffieri
Raised in the Greater Toronto Area, Mark holds an extensive writing background. A contributor to Wikipedia since 2007, his writing endeavors have included writing for Bleacher Report (2012-13), and the former CWHL (2012-15), and the Canadian division of the Legends Football League (2013-14). Also part of the team of writers for Hockey Canada at the 2013 IIHF Women's World Championships in Ottawa, Mark contributed features on Jenny Harss, Elin Holmlov, Iya Gavrilova, Kathleen Kauth, Lucie Povova, Alex Rigsby, Julia and Stephanie Marty, and Katie Weatherston, among others. In addition to composing more than 700 articles for Women's Hockey Life (since 2012), his current slate of duties includes covering female tackle football for Canada Football Chat, along with pieces for NowVIZ Magazine (digital format) since its inaugural issue. Also the publisher of allowhertoplay, a website devoted to the heroics of sporting heroines, Mark remains focused on raising awareness of the positive impact of women in sport.
Previous Post
Esther Silver an esteemed builder for Team Israel (Part One)
Next Post
Maccabiah Games provides dual purpose for Samara Lewis