How to practice de-stagnation as a hockey coach

We ended our season on March 9th this year. It was a Saturday and we managed to win our last game 5-3 with empty-net goal – a good way to end the season. I jokingly say I took the Sunday off and that the 2019-20 season started a day later on Monday March 11th. A little exaggeration but, in many ways, it’s true.

I have to say, though, this is one of my favourite “periods” of the season cycle. There’s all sorts of planning that goes into each season and much of it happens, or should happen, during the spring and summer before the players hit the ice in September. I am busy this month putting together next year’s schedule, deciding what tournaments to go to, inviting teams to our campus for exhibition games – even booking hotels for when the team is on the road. There’s also lots going on with respect to hockey -specific season planning as well, everything from ordering water bottles and crested pucks, to putting together a video playbook for the players for when they return in September. Needless to say, it’s a busy time even though we aren’t on the ice for another four months.

I read an interesting opinion piece a day or two after the Toronto Maple Leafs lost their opening round playoff series to the Boston Bruins this season. It was critical of Mike Babcock and his handling of the team, and went on to say that if Mike Babcock doesn’t change the way he coaches the team that they will never be successful. Now, I believe Mike Babcock is one of the top coaches in hockey today, and I don’t think that he became one of the top coaches by being stagnant and never changing what he does from season to season. I am sure his season planning for next year will take into account all the lessons he’s learned about this group of athletes and the other teams in the NHL.

Maybe the worst thing we can do for our athletes is to stay stagnant as coaches. If we are not moving forward and learning more about the game, then we are doing our players a disservice. There are some obvious things to do to be better coaches: go to conferences, read some books, watch some videos, find some new drills online, or just sit down with your coaching staff and do a debrief on the past season. That conversation should cover things like what went well, what didn’t go well, what needs to be maintained, and what needs to be added to your program. I’ve had that debrief with my staff and we’ve come up with a list of things that will make us better next season. A list that includes everything from having two sets of water bottles, one for the bench and one for the restroom, to bringing in a skills coach to work with the team every other week.

One of my secrets to de-stagnation is to connect with other coaches. I find I can learn so much in just a 15-minute phone call. And, I have a method! I have my “four questions” that I like to ask that always stimulates good conversation and I always make sure I have a notepad to write things down. IMPORTANT:  if you don’t have a coaching notebook, you need to get one right now. Write things down, re-read them later, even re-write them in the book as important points. It will unquestionably help you be a better coach.

So here are my four questions that I like to ask fellow coaches:

1. What did you do differently this past season?

4. What new things are you going to bring to the team next year?

Sometimes, I will even send these four questions to a coach in advance of our call so they can have a little time to think about their answers.

My answers to my questions?  Here are the quick hits and not the 15-minute phone conversation answers but, you will get the idea:

1. This past season I really tried to take as many X’s and O’s out of the “playbook” as possible. We concentrated on concepts, speed, pressure, and offensive play.

3. I wanted my players to keep a digital log after each practice and game. I set up a Survey Monkey questionnaire where players were to evaluate certain aspects of how they felt, what their day was like and how they practiced or played each day. I thought it was an easy thing to do on the way out of the rink on their phones but, the players had very little interest in doing this, and without really understanding the value of it (or if there was any value to it), the logs quickly went by the wayside.

4. Next year, we will very much focus on cutting down on shots against. Although we will continue our Offense First mentality, the next piece is going to be tightening up on our defensive play but in a “speed and pressure” way.

This pre-season time (May to August) is truly outstanding for season preparation. Giving some thought and planning towards next season will undoubtedly make you and your team better come September. The season creeps up on us quickly and coaches shouldn’t waste this valuable downtime by not putting some hours into season planning.

Rick Traugott
Rick Traugott
Rick Traugott
Rick Traugott is a lifelong coach who has been working with young athletes in many sports for the past 38 years. Since the 2010-11 season, Coach Traugott has been working with Canada's National Women's Team hockey program serving in a number of roles including camp coach with the U18 and development teams, and Video Coach with the U18, Development and National Women's Teams. Rick was a member of the staff that won a gold medal with the U18 team at the IIHF World Championship in Budapest, Hungary in 2014 and a silver medal with the NWT at Worlds in Malmo, Sweden in 2015 and bronze with the U18 team in 2018 in Dmitrov, Russia. Coach Traugott's resumé includes coaching the Varsity boys and girls programs at Trinity College School, Ryerson University men's team, Wexford Raiders Tier 2 Junior A, Wexford Raiders Minor Bantam and Midget AAA, as well as the Brampton Thunder of the CWHL. He also served as Video Coach and Team Leader for the uSports Women's Team that competed at the 2017 Winter Universiade in Almaty, Kazakhstan where the team won a silver medal. This season, Coach Traugott is back behind the bench with the Trinity College School Bigside boys' team as they move back to the top division in the CISAA (Conference of Independent Schools Athletic Association).
Previous Post
The 5 Keys to Off-Season Training For Goalies
Next Post
Lithuania’s Hockey Girls aim to join IIHF World Championship program 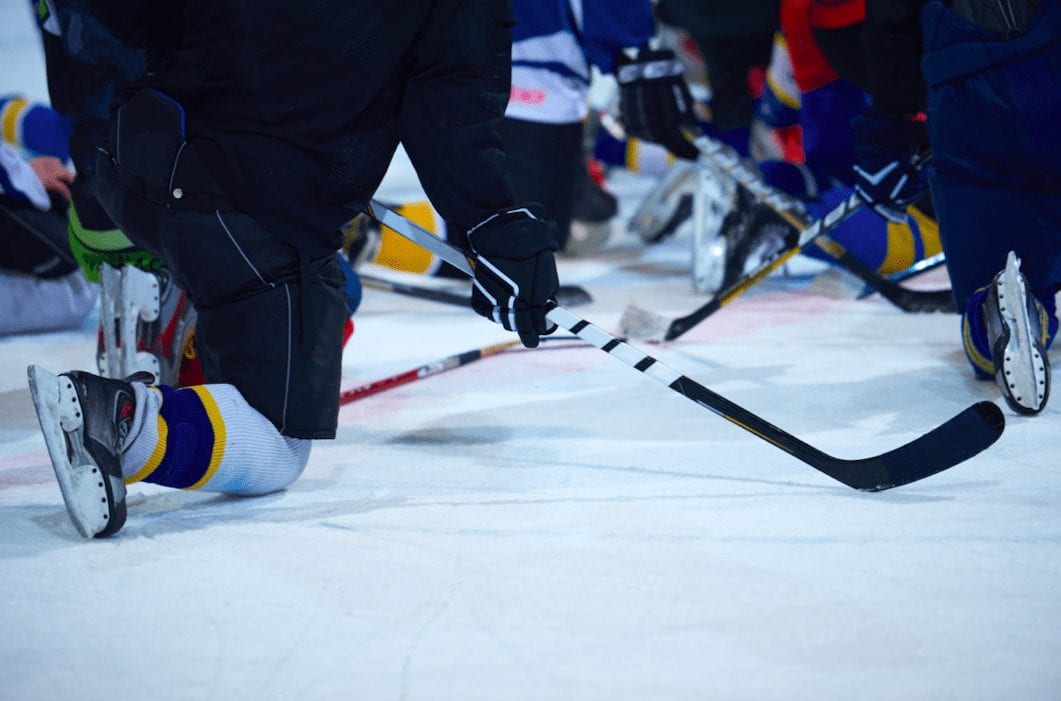 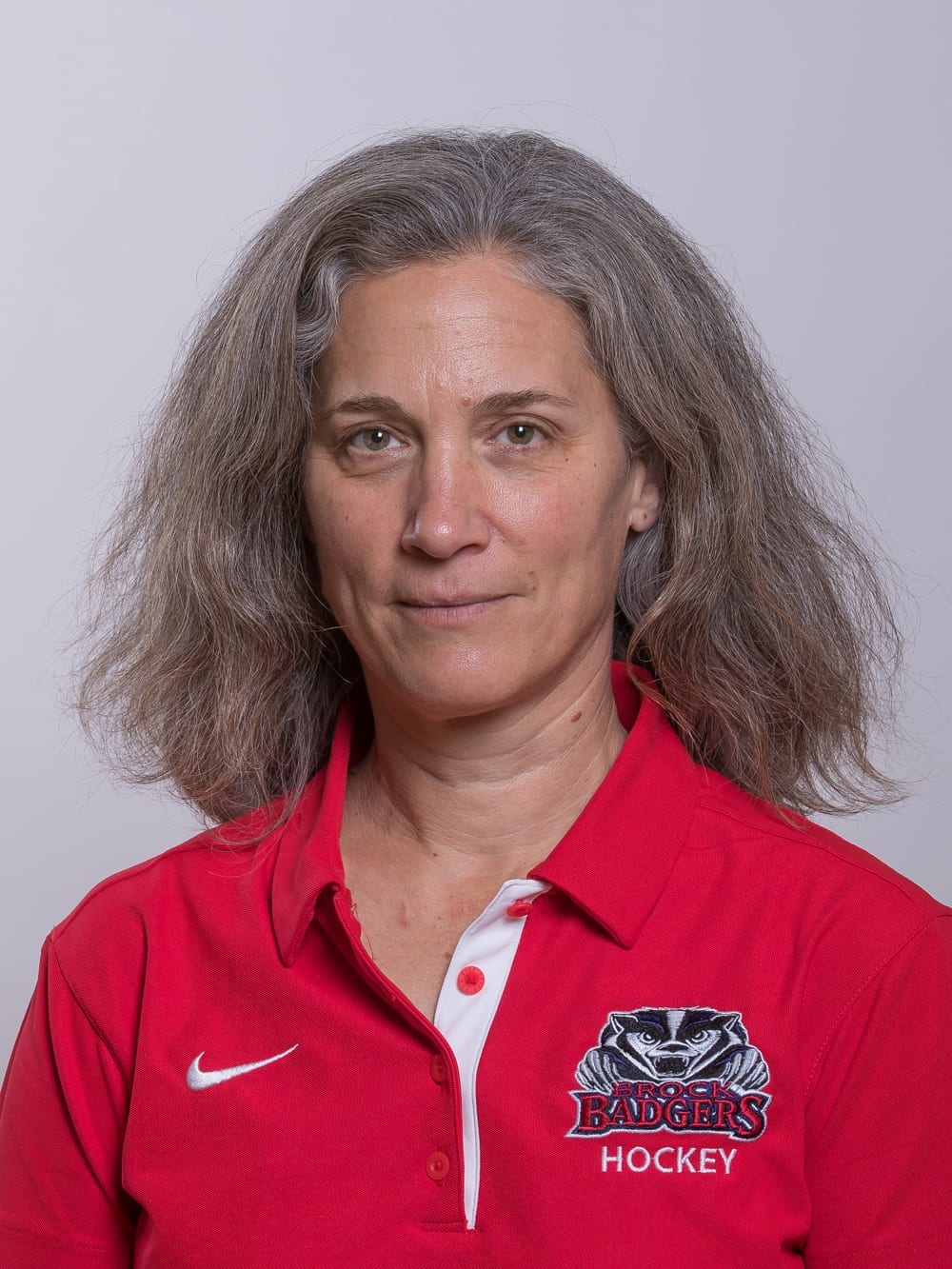 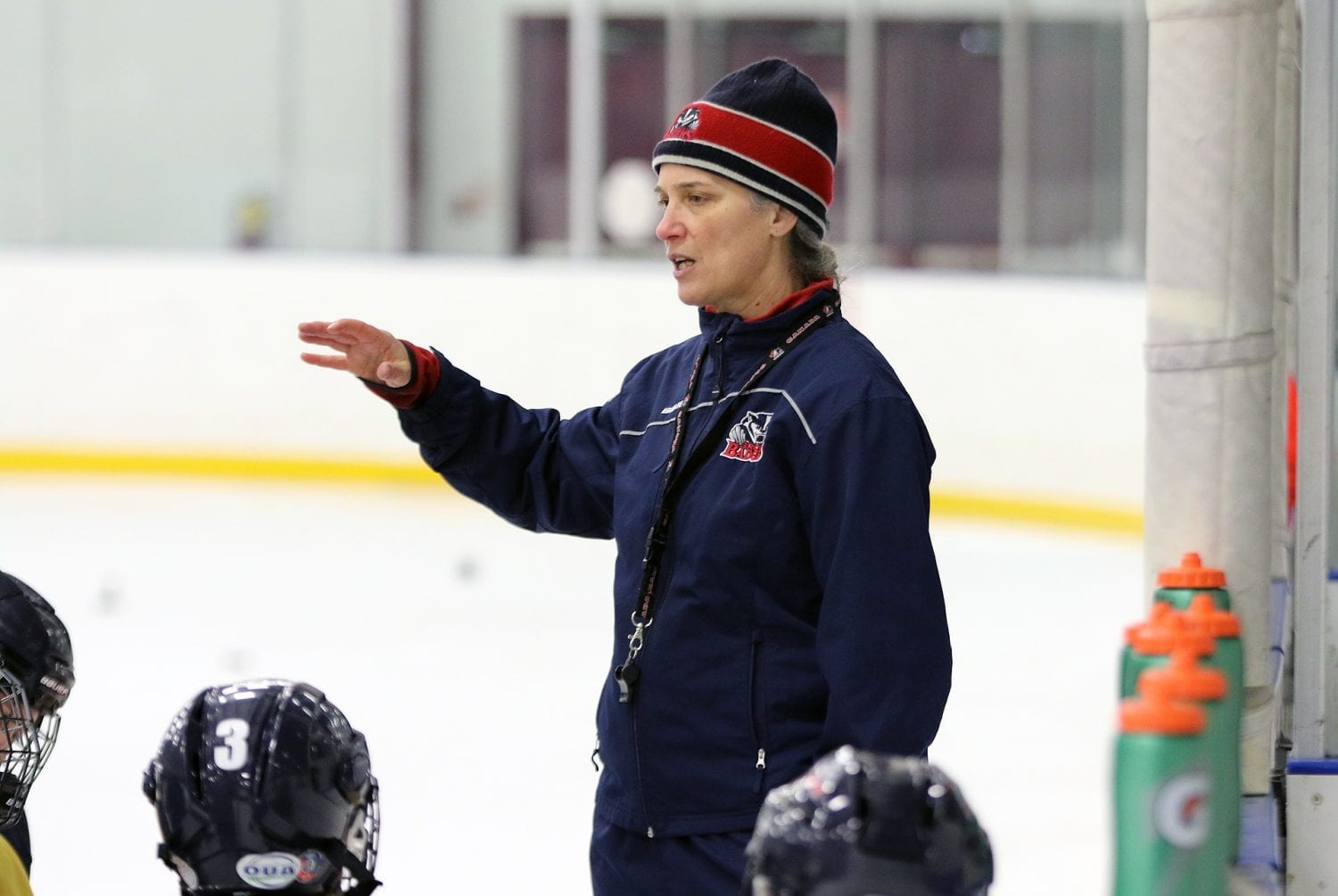 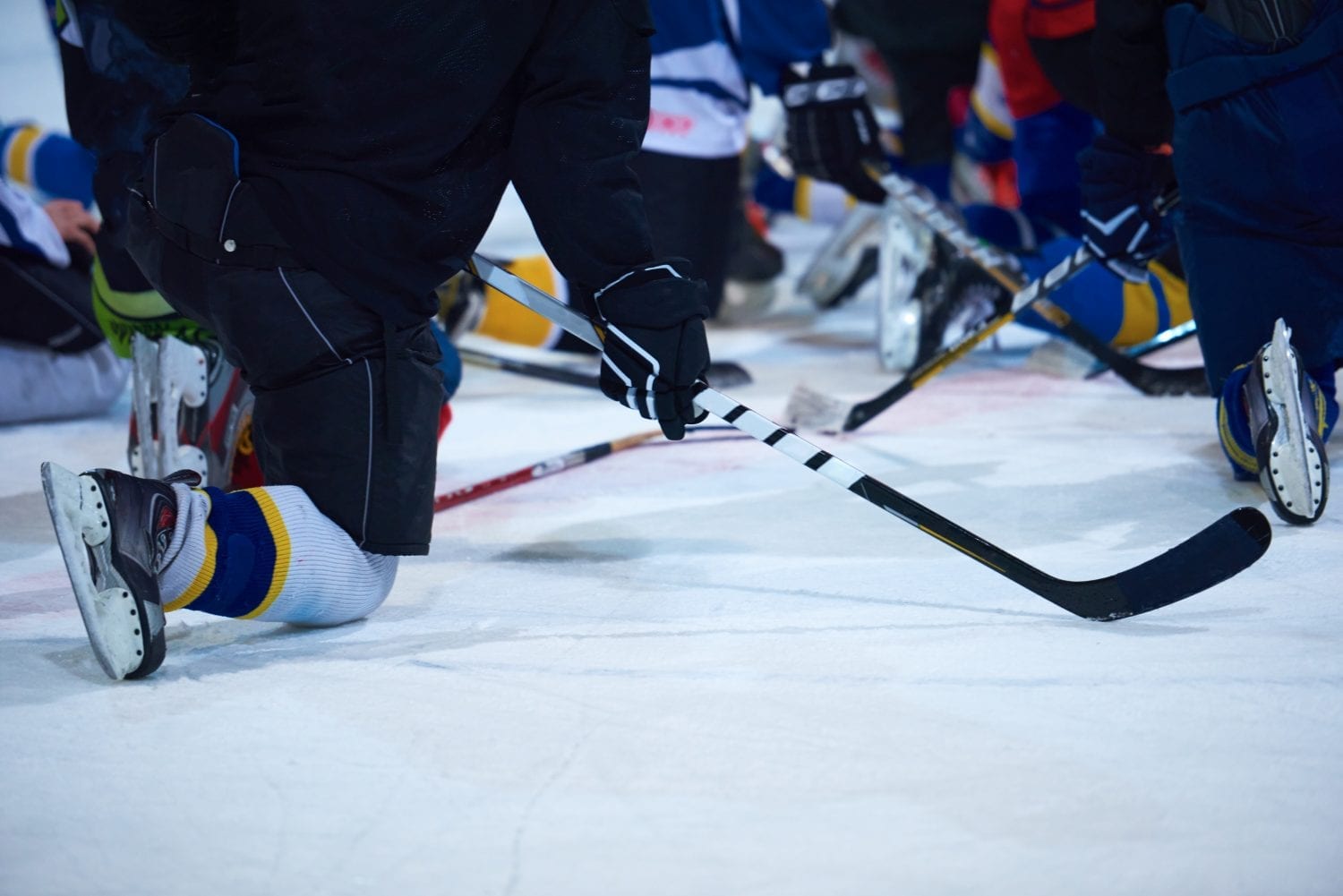 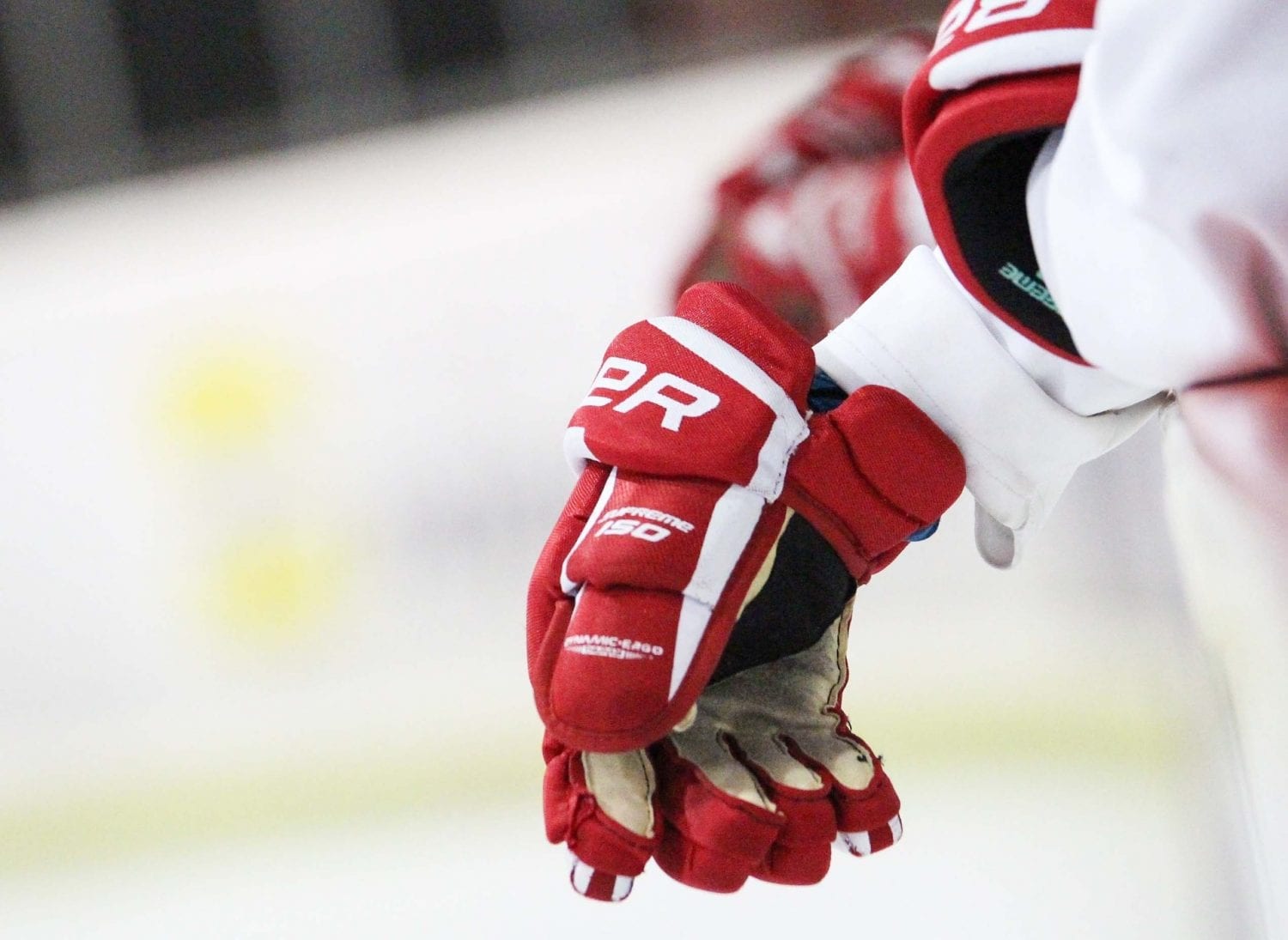