Although one of the greatest hallmarks in the history of the Brampton/Markham Thunder franchise involved the number of Olympic talent that skated for them, just as relevant was the exceptional quality of talent between the pipes. During its 12 seasons in the CWHL, the list of names included the likes of Mandy Cronin, Cindy Eadie, Erica Howe, Liz Knox, who holds the franchise record for most wins, along with the highly talented Laura Hosier.

Having starred at the NCAA level with the Mercyhurst Lakers, the first dynasty of the College Hockey America conference, Hosier, raised in Newmarket, Ontario, called Meghan Agosta a teammate. Graduating as the program’s all-time wins leader (since broken), the program would emerge as a power plant for elite professional talent.

Other CWHL talent from Mercyhurst has included the likes of Bailey Bram, Vicki Bendus, Jess Jones, Jesse Scanzano and Kelley Steadman. Among the first to star in the professional ranks, Hosier would join Agosta, Bram, Jones and Steadman as Lakers alumnae who appeared in the Clarkson Cup Finals. With a Lakers career that also saw Hosier amass an astounding 24 shutouts, appear in the Frozen Four Skills Challenge, and qualify for the NCAA Tournament, the collegiate years remain a strong point of accomplishment,

“I am proud of having had the opportunity to represent Mercyhurst during my time there. The school is incredible and being a part of that team and tradition was an honour for me. It has been inspiring to see so many players come to the CWHL and find success after their career as a Laker.”

Hosier was just as prevalent in the nascent years of Canada’s national women’s Under-22/Developmental Program. Sharing goaltending duties with Shannon Szabados at the 2008 Air Canada Cup, Hosier still stands today as the all-time wins leader in U22 program history.

Making the leap to the CWHL in the autumn of 2008, which was just their second season in existence, Hosier signed with the defending champion Brampton Thunder. Sharing goaltending duties in her rookie campaign with Mandy Cronin, a member of the CWHL’s Sensational Seven, and the General Manager of the NWHL’s Buffalo Beauts in 2019-20, the two comprised one of the finest goaltending duos in the league, amassing a combined 21 wins.

Honored as the CWHL’s Rookie of the Year following the 2008-09 season, Hosier was also part of a celebrated All-Rookie Team, joined by the likes of Annie Guay and Noemie Marin from the Montreal Stars, Brooke Beazer, Shannon Moulson and Amanda Parkins. Starting her professional career with the euphoria of an award win and All-Rookie honors did more than just signify a proud milestone. Validating her standing as a major league athlete, able to stand shoulder-to-shoulder with her new professional contemporaries, it strengthened her confidence,

“Coming out of university and stepping into a new league with some of the best players in the world was exciting and a little daunting. Earning the Rookie of the Year award made me feel like I belonged in the league amongst those top players. It was a great confidence boost to start my CWHL career.”

Following such a sensational achievement, Hosier did not suffer from a sophomore jinx. Instead, she built on the momentum of a superb rookie campaign, establishing herself as one of the league’s elite backstops. The 2009-10 season would certainly stand as the greatest in Hosier’s professional odyssey, capturing the Goaltender of the Year Award, enjoying back-to-back years of hockey hardware.

Complementing her award win, akin to the Rookie of the Year honor one year earlier, was the honor of postseason recognition. Named to the 2009-10 CWHL First-Team All-Stars, it stood as one of the most diverse All-Star classes ever, as five different franchises were represented, an historic first in league history.

Burnishing such a time of achievement was the opportunity to finish the 2009-10 season by competing in the Clarkson Cup tournament. Hosted north of Toronto in Richmond Hill, Ontario, there was a strong feeling of homecoming for Hosier, as the host city, like Newmarket, are both based in York Region. With a crowd that included the likes of dignitaries such as longtime Mississaga mayor “Hurricane” Hazel McCallion, former Governor General of Canada, and namesake of the Cup, the Honorable Adrienne Clarkson, along with future IIHF Hall of Fame inductee Fran Rider, plus two-time Winter Games gold medalist Cassie Campbell, it only added to the relevance of the event, one that held high emotion as it followed a few weeks after Canada’s double gold at the 2010 Vancouver Winter Games.

Eliminating the defending Cup champion Montreal Stars in the semi-finals, Hosier was essential in helping the Thunder reach the Finals for the first time ever in franchise history, quite possibly, her finest hour. With a roster that featured recent gold medalists Gillian Apps and Jayna Hefford, along with silver medalist Molly Engstrom, all returning from Vancouver, the Finals saw them face off against the Minnesota Whitecaps. Returning for the seconds straight time after losing to Montreal in 2009, the Whitecaps roster also featured a pair of Olympians from Vancouver, including Julie Chu and Jenny Potter.

Hosier and her teammates were on the opposite end of history, as the Whitecaps became the first American-based team to win.

“I am incredibly proud of how our team fought to get to the Clarkson Cup final in 2010. It was disappointing to come up short and lose in the final. As far as winning goalie of the year, it was flattering to be recognized with so many other great goalies in the league.”

During the 2010-11 season, Hosier enjoyed a very solid 12-6 mark, highlighted by three shutouts and a 2.98 Goals Against Average. Earning a spot on the league’s Second Team All-Stars, she was joined by teammate Molly Engstrom, while distinguished competitors Jennifer Botterill and Britni Smith of the Toronto Furies, Sam Faber from the expansion Boston Blades, and former All-Rookie selection Noemie Marin completed the group.

Following such a splendid season, Hosier’s run in CWHL hockey came to a rather abrupt and unexpected ending. With the franchise acquiring former Brodrick Trophy winner (awarded to the most outstanding player in U SPORTS hockey), Liz Knox, while Kendra Fisher, whose 14-year career consisting of more than 110 professional wins, reached its final destination with Brampton in 2011-12, Hosier was suddenly out of the goaltending picture.

Knox would make 20 appearances during the season, assuming the starter’s role, while Fisher stood between the pipes in just three games. Sadly, Hosier only made one appearance during the 2011-12 season. Taking place on the road, the Boston Blades, powered by a Kelli Stack hat trick, defeated the Thunder by a 5-2 mark on December 18, 2011.

Continuing to incorporate her love of sport into a new chapter, while balancing her current career as an Emergency Services worker, Hosier is part of the rapidly growing trend of hockey greats undertaking an interest in the fitness phenomenon known as CrossFit. Having competed in regional and national championships. During the 2018 season, Hosier, who can deadlift 385 pounds, ranked an astounding seventh among all Canadian female competitors, marking her third straight year among Canada’s top 10.

Certainly, Hosier deserved a much better ending to her CWHL career. The remarkable efforts of her sensational seasons not only kept the Thunder in the conversation among the league’s elite teams, such efforts also warrant consideration to be subsumed into the CWHL mythos, a remarkable bridge between Cindy Eadie’s CWHL championship and Liz Knox’s historic appearance as the first rookie goaltender to start a Clarkson Cup final. With the passage of time, Hosier’s memories of standing between the pipes in Thunder colors resonate very fond memories, finding a second family on the ice, while the recollections of the camaraderie generate a residual warmth, all part of a fascinating narrative in which Hosier was a formidable contributor to the league’s early existence.

“I loved being a part of the Thunder organization. I was lucky enough to play alongside some of the best players in the history of the game during my time. For me the best memories are the times spent with teammates. The bus trips, nights out and other escapades interspersed in a few seasons playing incredible hockey with great people.”

Mark Staffieri
Mark Staffieri
Mark Staffieri
Raised in the Greater Toronto Area, Mark holds an extensive writing background. A contributor to Wikipedia since 2007, his writing endeavors have included writing for Bleacher Report (2012-13), and the former CWHL (2012-15), and the Canadian division of the Legends Football League (2013-14). Also part of the team of writers for Hockey Canada at the 2013 IIHF Women's World Championships in Ottawa, Mark contributed features on Jenny Harss, Elin Holmlov, Iya Gavrilova, Kathleen Kauth, Lucie Povova, Alex Rigsby, Julia and Stephanie Marty, and Katie Weatherston, among others. In addition to composing more than 700 articles for Women's Hockey Life (since 2012), his current slate of duties includes covering female tackle football for Canada Football Chat, along with pieces for NowVIZ Magazine (digital format) since its inaugural issue. Also the publisher of allowhertoplay, a website devoted to the heroics of sporting heroines, Mark remains focused on raising awareness of the positive impact of women in sport.
Previous Post
Amanda Tassoni continues making an impact through officiating
Next Post
RECAP: 2020 IIHF U18 WOMEN’S WORLD CHAMPIONSHIPS 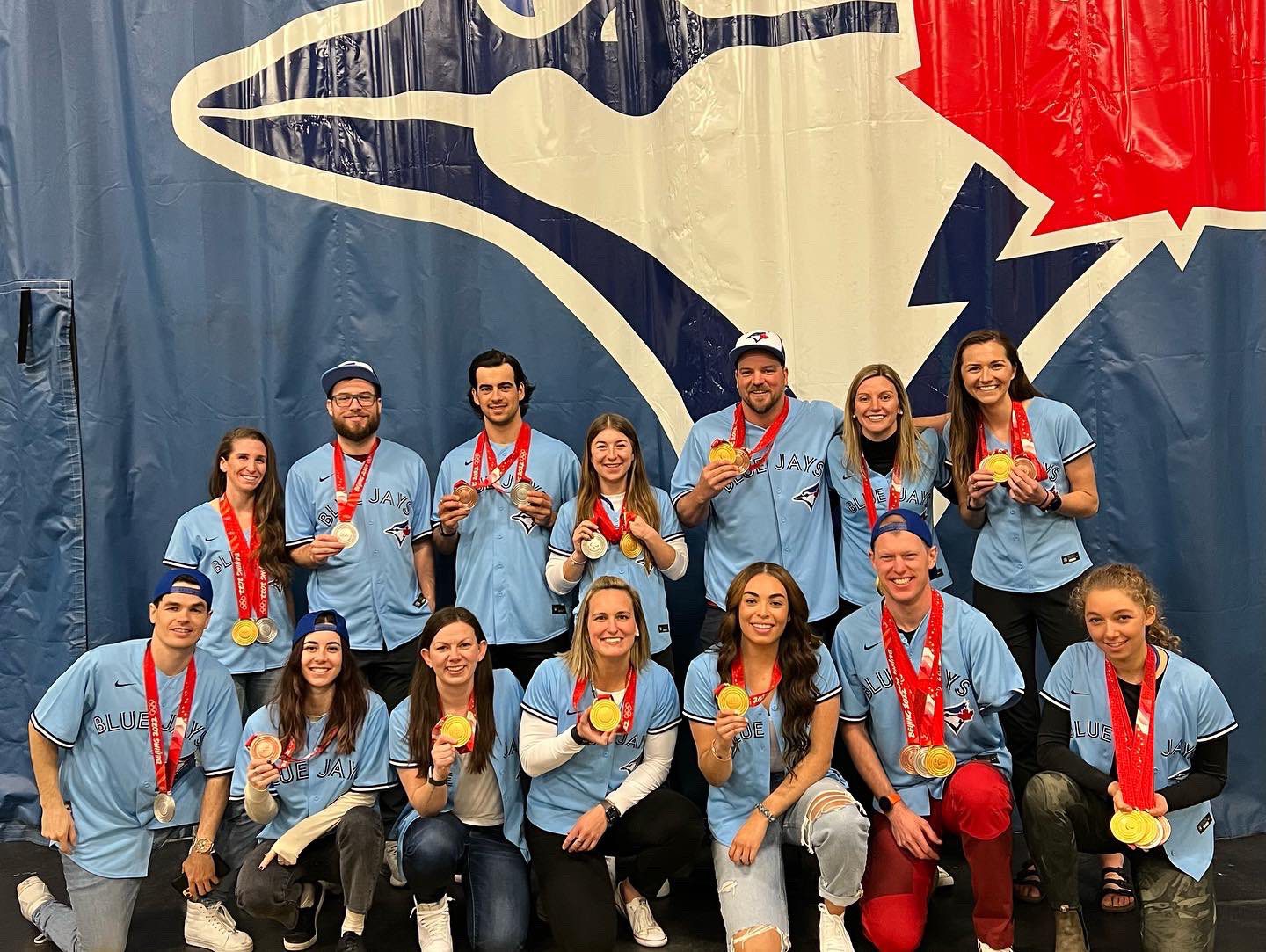 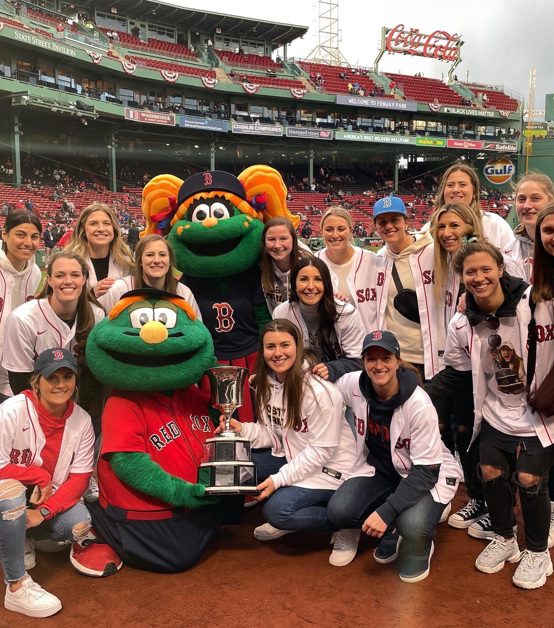