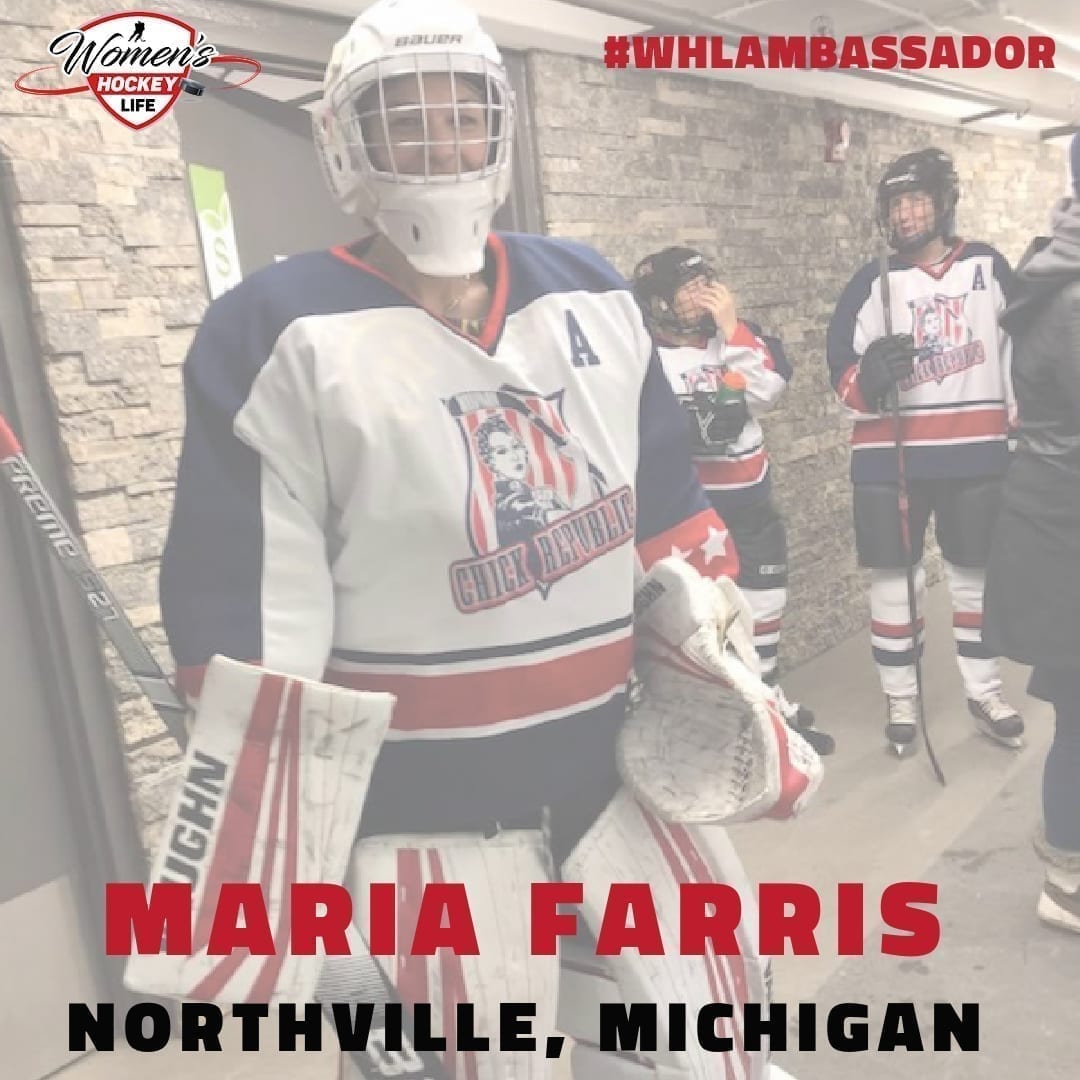 Hi, my name is Maria  Farris and I am from Northville, Michigan. I work for the local government as a Finance Director. My hockey story started as a young girl. My dad played as a goalie in a men’s beer league. I loved watching him play and always wanted to play but it wasn’t offered in my area for girls. Then, when my two younger brothers started playing that increased my love for the game.

However, I didn’t start playing until I turned 40 because of my two daughters that play. I wanted to play in the children versus parents game and my love for the game increased even more. I have not stopped playing since.

The positions that I play are goalie and defense . I wanted to be able to play more and have a lot of ice time playing multiple positions . This would increase my ability to play more and more. This game has saved my life as it has carried me through some hard times in my life. The friendships and connections of the hockey community is one of the best places to be in. My daughters also think I am pretty cool playing the game that they love as well.

I want to share my love of the game with others and share my story about how hockey has got me through some hard times in life personally and emotionally.

What are you most looking forward to as a #WHLAmbassador?

Being even more a part of the hockey community and sharing my love with others . I want to hear about other hockey ambassadors and their stories.

I love to smell the ice and I always show up for games an hour early. I have had players say that “I LOVE HOCKEY” is my theme.

I would like to sit down with Manon Rheaume and hear her view on her experiences growing up as a women’s hockey goalie.

‘Go out there and give it your best. You are only as good as your last save,” one of my goalie coaches told me. This was after having a horrible game that we lost 6-0.

My dream for women’s hockey is that it’s promoted more, loved more, shared more and to let society know that hockey is not just for men. I would love to make it affordable for those who would like to play but could not afford it.