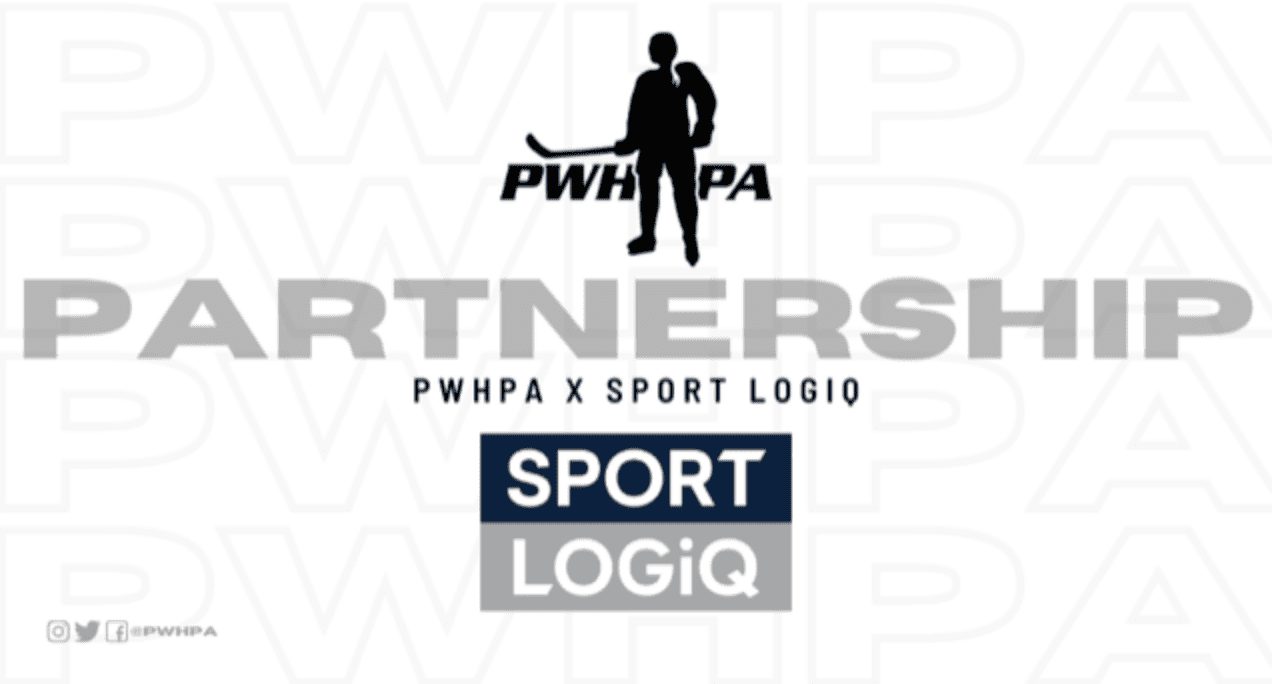 The following press release was provided by the PWHPA

The Professional Women’s Hockey Players Association (PWHPA) and Sportlogiq today announced a new partnership which will provide advanced analytics services to management, coaches and players. The partnership makes Sportlogiq the Official Data Partner of the PWHPA and will provide the league with a single platform for accessing essential metrics, video and analytics. Sportlogiq’s iCE platform is the most widely used analytics tool amongst NHL teams.

Sportlogiq’s iCE platform covers an abundance of data, including historical and current PWHPA game statistics, team and player profiles, metrics, and access to video clips for coaching and development purposes. Sportlogiq will also be providing content for media use, which will highlight performances and skills based on the advanced analysis available in iCE.

“The PWHPA is excited to partner with Sportlogiq as our ‘Official Data Provider’. Our athletes are the best in the world, and they deserve the best analytics tools to bring their individual and team performances to the next level. We are really looking forward to working with the Sportlogiq team to bring the best of PWHPA highlights, data and analysis to our players, coaches, and fans,” said Jayna Hefford, Operations Consultant for the PWHPA.

Sportlogiq’s Co-Founder and CEO, Craig Buntin stated “We are extremely proud to be able to support these incredible athletes through this partnership. We believe it’s so important that these coaches and players get access to the top tools in the game to further their development.  This is just a part of the continuing effort to create an equal playing field for all pro athletes. The skill and the physicality that these athletes demonstrate on a daily basis are off the charts and now we have the data to prove that.”

Karell Emard, Sportlogiq Hockey Product Manager—and current PWHPA player— added, “As a PWHPA player, iCE gives us access to tools that improve individual aspects of our game and analyze our team’s performance. To be able to have the same type of advanced analytics and video tagging as the NHL receives is simply amazing. I am so proud to be part of a company that took a pledge to support women’s hockey right from the start.”

The PWHPA will begin using the Spotlogiq iCE platform during the 2021 Secret® Dream Gap Tour, which will see players from five regions across North America compete for the Secret® Cup. In addition to providing the PWHPA with access the iCE platform, Sportlogiq has committed to providing a full analytical breakdown of the games played as part of the tour.

All pertinent information relating to the tour, including dates, will be shared via pwhpa.com.

About Sportlogiq
Sportlogiq is Sport’s Sharpest Edge.
We are the world’s sports analytics leader, using cutting-edge AI technology to produce unique sports data and performance insights. These insights provide an edge to teams, leagues, media organizations, betting operators, and rights holders of all sizes. We use a variety of techniques to collect and analyze sports data, allowing our partners to discover contextual insights and derive value from them in brand new ways.

About the PWHPA
Professional Women’s Hockey Players Association’s (PWHPA) mission is to promote, advance and support a single, viable professional women’s ice hockey league in North America that showcases the greatest product of women’s professional ice hockey in the world. The organization aims to prove a united voice to players advocating for the creation of a sustainable professional league. Comprised of the world’s best female hockey players including 38 Olympians, 60+ members of Hockey Canada and USA Hockey, and National Champions for Canada, USA, Finland and Russia. PWHPA is working to accomplish its mission by coordinating training needs and programming opportunities during the 2020-2021 season and collaborating with like-minded organizations to make hockey more inclusive for women today and for future generations. To learn more about PWHPA and the Dream Gap tour visit www.pwhpa.com.