Anyone who is familiar with small towns in Ontario, Canada certainly knows that sports are an integral part of these communities. Whether it’s soccer and baseball at the local fields, badminton in the school gyms, or any number of other activities, residents love their sports all year round. Russell Township, located just east of Ottawa, is one of these municipalities.

One of the most popular sports for this area has always been hockey and on any given winter day there is always something happening at the arenas in the towns of Embrun and Russell. Over the years there have been a few hockey players from the area that have played at high levels such as the OHL, the NHL, European leagues, and university hockey. However, it is quite amazing that there are currently five student-athletes from Embrun who are now playing in the NCAA Division I hockey ranks in the USA at the same time. Even more outstanding is that all of these five hockey players are female.

It’s really special to have even one player from a small town with accomplishments that bring them to the highest level of hockey for a student-athlete, but to have five from the same small town at the same time is quite remarkable! All of these five athletes started out playing with the Embrun Minor Hockey Association and the Russell District Girls Hockey Association. In fact, some of them were on the first ever teams for the newly formed girl’s hockey association in the mid-2000s. It was so new that they didn’t even have a logo yet—just a blank jersey.

These student-athletes went to school and live in the surrounding area with most of them living in Embrun (population of 6,380 in 2011). All these individual players are bilingual English/French and have worked hard in the classroom, on the ice, and training in the gym to achieve their goals. They serve as role models for young kids to look up to as they also chase their own dreams.

Listed below from youngest to oldest by class, are each of our hometown hockey players and a little bit about each of these NCAA Division I student-athletes: 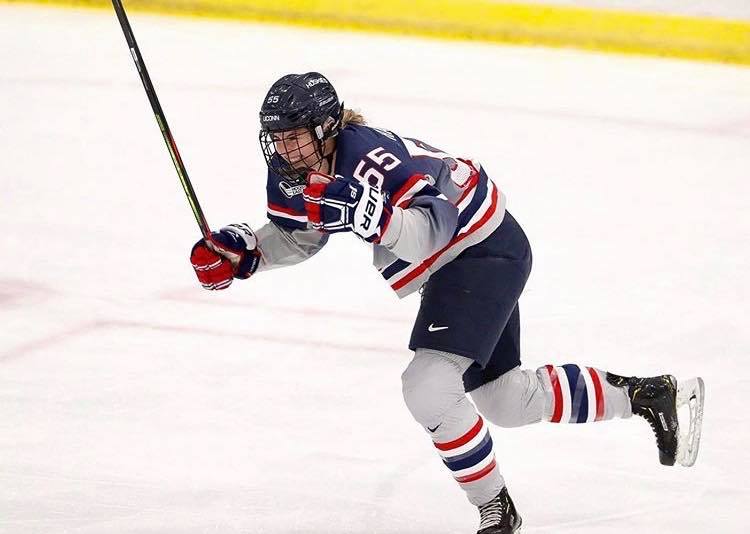 • Academics – Majoring in Allied Health Sciences
• Local Teams – Russell Coyotes, Gloucester Stars, Ottawa Ice, JWHL Ottawa Lady 67s
• Favorite Quote – “You can’t be common. The common man goes nowhere. You have to be uncommon.”
• Reflections – “Coming from a small town no one knew who we were. We had to work twice as hard to create a name for ourselves and to achieve our goals.” 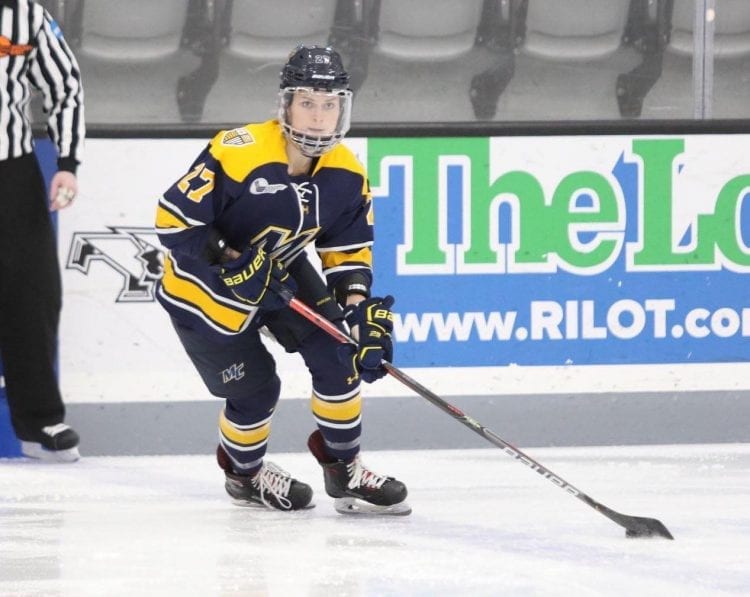 • Academics – Majoring in Psychology/Criminology, Minor in Political Science
• Local Teams – Russell Coyotes, Ottawa Ice, JWHL Ottawa Lady 67s, PWHL Nepean Wildcats
• Local School – Ecole Secondaire Catholique Embrun, Canadian International Hockey Academy (Rockland)
• Reflections – “Even though being from a small town had its disadvantages, I would have never wanted to grow up anywhere else. If anything, it made me stronger. I didn’t have every opportunity at the tip of my fingers, we had long car rides, missed many social events from even just travelling to games and practices. If you wanted it, you had to work for it. It made you stronger.” 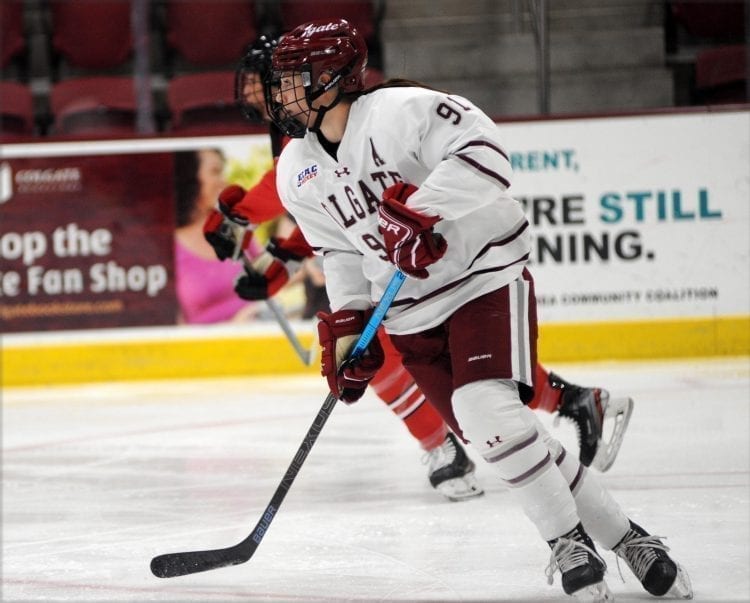 • Academics – Double Majoring in Education Studies and French
• Local Teams – Russell Coyotes, Gloucester Stars, Ottawa Ice, PWHL Ottawa Lady Senators, PWHL Nepean Wildcats
• Local School – Ecole Secondaire Catholique Embrun
• Favorite Quote – “Hard work beats talent when talent doesn’t work hard.”
• Reflections – “Having to work hard to get to where I am today and making choices to get me to reach my dream of playing division 1 hockey! Driving one hour and more to practices and games to play at a higher level. Coming from a small town like Embrun means showing everyone that anyone is capable of achieving their dreams if they work for them has been something that has shaped my hockey path.” 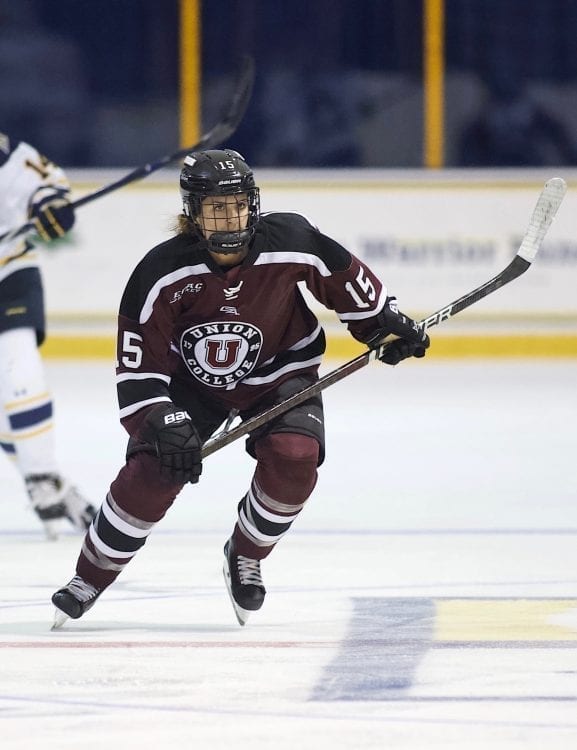 • Academics – Majoring in Psychology, Double Minoring in French and Law
• Local Teams – Russell Coyotes, Leitrim Hawks, Gloucester Stars, Ottawa Ice, Ottawa Lady Sens, PWHL Nepean Wildcats
• Local School – St. Thomas Aquinas High School in Russell
• Favorite Quote – “Opportunities don’t come knocking on the door. You need to knock the door down to find your own opportunities.”
• Reflections – “Being from a small town such as Embrun has taught me to expand and search for my opportunities through hard work and extreme dedication. This involved travelling throughout the province every weekend for games and driving countless hours for practices and games.” 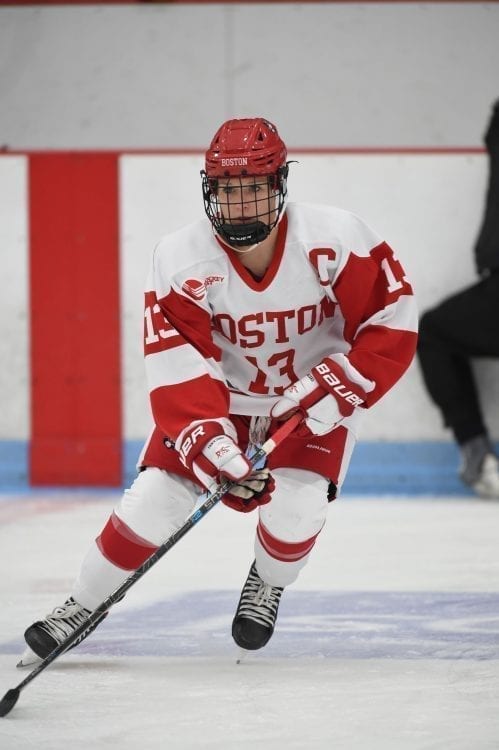 • Academics – Double Majoring in Health Sciences and Psychology
• Local Teams – Embrun Timbits, Russell Coyotes, Embrun Icedogs, Gloucester Stars, PWHL Ottawa Lady Senators
• Local School – Ecole Secondaire Catholique Embrun.
• Favorite Quote – “Hard work pays off.”
• Reflections: “Of all the rinks I have skated in, Embrun will always be my favorite. It reminds me of where I come from, where I learned that hard work pays off, and more importantly where I learned how much fun hockey is. Whenever I go back home, I always stop in to the Embrun arena and feel that energy.”

All of these girls have either played on the same team or against each other since they were very young in both minor hockey and school hockey environments. Some of them continue to play against each other at the NCAA DI level. In addition to their current NCAA achievements, some members of the group have had past experience at the Team Canada U18 level and there are Team Ontario National Women’s Under 18 Champions and participants in the group as well.

As for the future, it looks very bright for these young student-athletes whether it be furthering their education with graduate studies, continuing with hockey in professional leagues, or pursuing careers in their fields of study. No matter what, these local role models have proven that you can have big dreams in a small town. They are shining examples of what can be accomplished with hard work, commitment, and the support of family, friends and community. 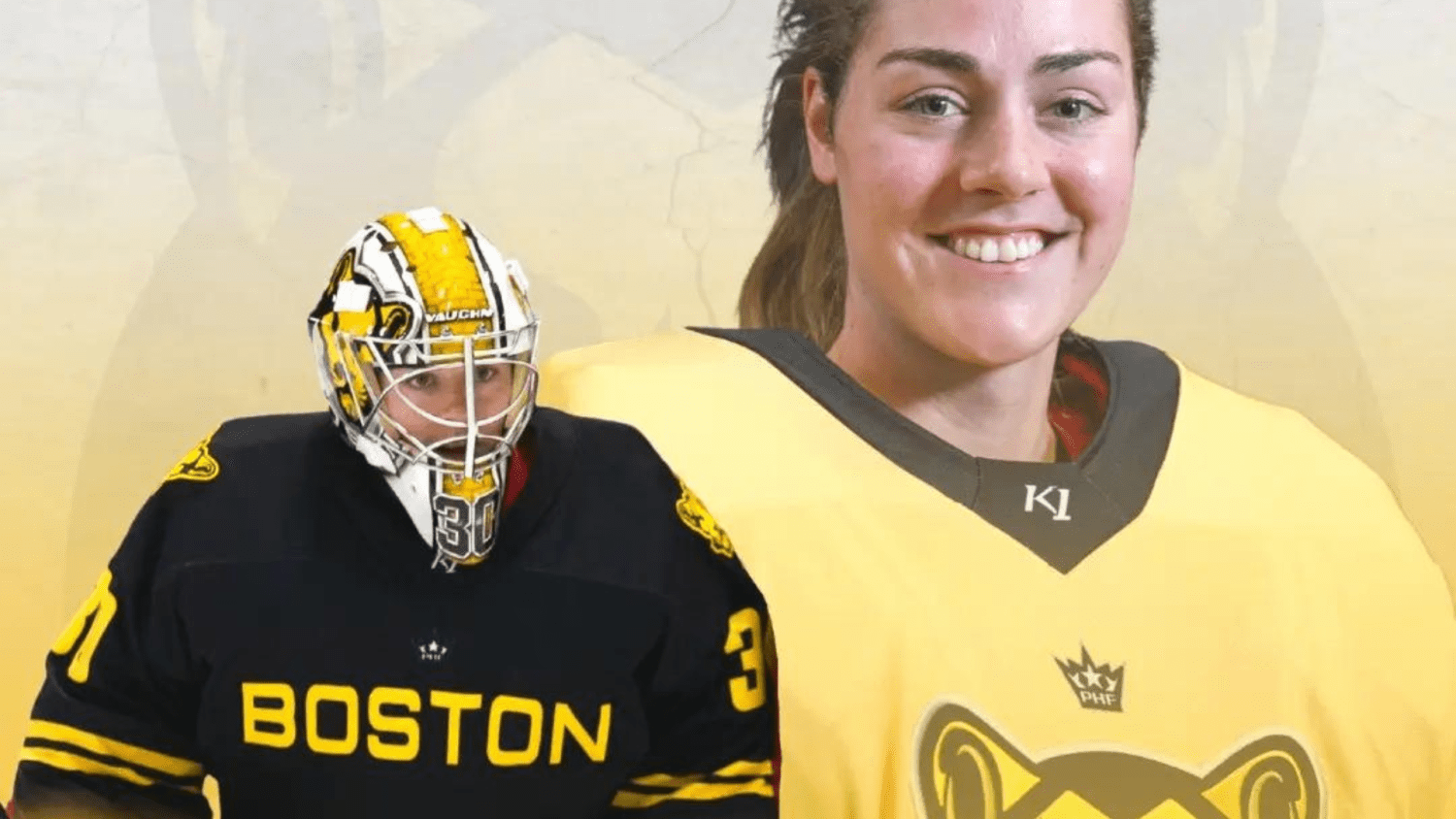