I have been around hockey and coaching for the past 20 years and I am here to tell you that a coach is so much more than someone with a resume, big following, or an expensive program. I believe that I have met more salespeople than coaches; both as an athlete and as a fellow coach and now business owner. I wanted to give some advice and red flags to watch out for as the world begins to get back to normal and parents get back to spending their money on camps, clinics, and try-outs for their kids.

You may be working with a salesperson if they demonstrate some of the following behaviors:

Their pricing is questionable:

They are rarely upfront and honest when the discussion turns to pricing or always leaving it open ended is a sure sign that this ‘coach’ is likely charging more to certain people and has a sliding scale. Pricing is the one thing in this industry that is black and white so if you’re hiding it what else are you hiding?

Their resume is unclear:

The ‘coach’ isn’t open and honest regarding their actual background, experience, or qualifications. You know these people; they hide behind fancy smoke screens online and rarely have a proven track record of actual individuals that would vouch for them. They are the first to brag about working with that one team, that one time, they were successful.

This one is a major pet peeve of mine: when the coach claims the athlete’s successes as their own. These ‘coaches’ love to attach their name to your success as if their athlete’s resume is now their resume. You’ll know if you’re dealing with someone like this right away. These are typically the people that rarely actually give back to the game and want to build it up, but rather act like a trophy hunter looking for the next big thing to make their client.

This is even more obvious with the women’s game. Often times we are thought of as secondary because these types of coaches know that there are more prevalent titles and teams for their male athletes and that is another tag line opportunity for their resume or social media.

Their focus is on social media:

They are more concerned about their social media and brand than they are about their athletes. If you’re paying precious dollars for time with a coach that time should be focused on your athlete not on their next YouTube video or live streaming. This is a  problem that I never had to deal with as an athlete yet, this is also a potential for privacy concerns. Personally I get a waiver from any minor goalie’s parent or a media release in case I do use footage or photos online, and never use a child’s full name unless I have parental consent.

Salespeople will overpromise and underdeliver. You talk to them and think that you’ll get the stars, but odds are you’ll be lucky to get the grass. You get the feeling that you are most important when you are their focus for a sale but after the sale or if you decide to wait you are all but forgotten about. They have a tendency to make people feel left out or less than if they aren’t in their group or sales list.

Their athletic ability is limited:

They talk the talk, but you rarely see them walk the walk. I’ve found that most coaches can’t do the things that they are asking their athletes to do. Yes I know that time and nature are coming for all of us, but if you’re making your money and your name in a coaching position you need to have a solid experienced resume to back it up and/or the skill set to do it in my opinion. There are way too many ‘professional coaches’ especially goalie coaches as it is in the world; I know when coaches are promoting their teaching and experience and hiking their prices, but don’t have the history behind their own name or ability to strap the pads on.

Their way or the highway

They think that their way is the best and it is the only way. These are the insecure ones in the group that view any outside coaching or techniques as a threat to their ability to maintain you as a client. They don’t see you as a whole person, but rather as a payday. After your relationship or money exchange ends this ‘coach’ often times doesn’t keep in touch and shows little or no interest in you or your progress. I’ve had parents question me about spending time on the ice talking to their kid about school or other sports; most parents have the mindset  of  paying for 60 minutes: so give my child 60 minutes of hardcore goalie coaching (which can be damaging to the athlete). If a coach can’t relate to their athletes on a deeper level, then he or she will miss out on building a meaningful relationship and never get that athlete to perform to his or her full potential.

I have been taken advantage of by salespeople as an athlete, coach, and business owner. I hope that this information will help you and your kids avoid some disappointment and keep a well-rounded perspective when faced with these issues. Hire a coach, not a salesperson and never let a salesperson make you feel inadequate or less than. ❤️ 🏒 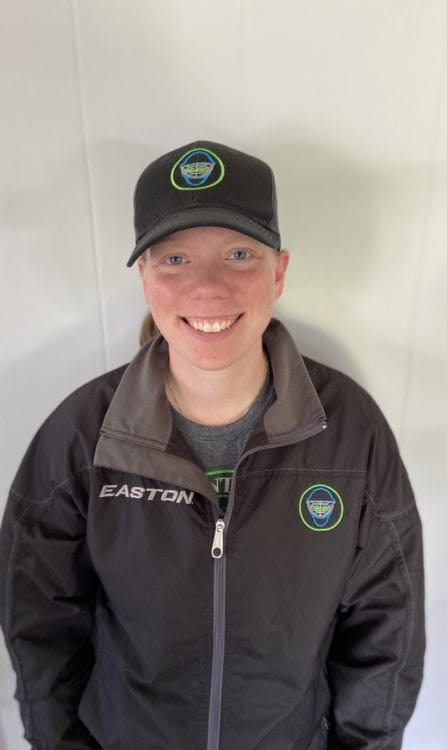 Dana Timm
Dana Timm
Dana Timm
http://www.firehockeyfit.com
Hello fellow hockey players, goalies, coaches, hockey fans, and women’s hockey supporters! My name is Dana Timm-I am a proud Michigander and happy to be a WHL Ambassador and contributor. I have played goalie for the past 18+ years, coached for the past 12+ years, and am the owner of Firehockeyfit (connect with us on Youtube Firehockeyfit for more helpful tips). When I am not at the rink I am a career Firefighter/Paramedic and happy to spend time with my wife, daughter, and our 3 fur kids (1 dog and 2 cats). I look forward to connecting with you and am happy to answer any questions please reach out via Email [email protected] Good luck this season! -Coach Dana
Previous Post
Virginia Tech victorious in inaugural season
Next Post
AMBASSADOR SPOTLIGHT: SAVANNAH SONG| Richmond, Virginia