“Everything Brooklyn, on blades” 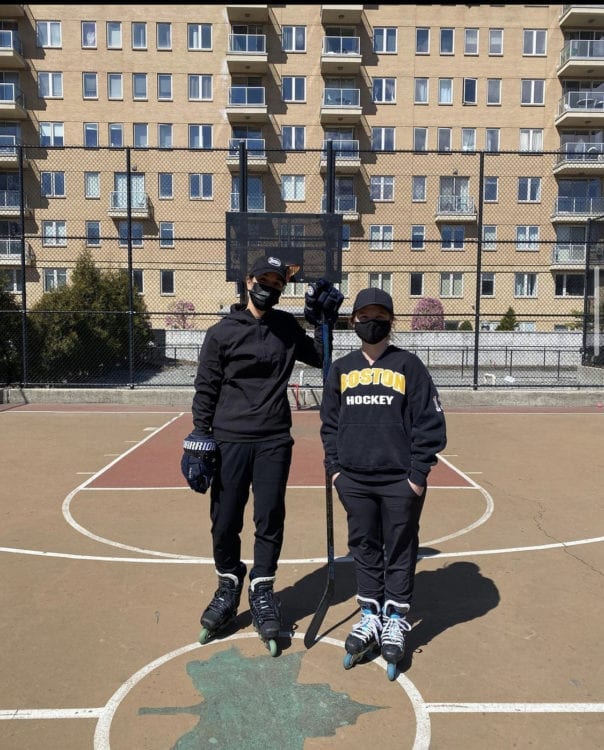 Kelly Nash on right and Erika Lawler on left

“I think the Brooklyn Bladers and our theme of everything Brooklyn on blades, I am pretty sure that Erika and I and our group of friends at Prospect Park, one afternoon was like ‘let’s just do it’! Nash said about forming the group and the name.

Based in Brooklyn, NY, Nash and Lawler originally started with just a few friends who met up to skate around Brooklyn and play pick up hockey. New York is not known for being a major hockey hub, and these small pick up hockey sessions started to attract attention. Parents of small children began asking if the former NWHL Riveters teammates would give hockey lessons.

“It was actually our friends who didn’t really play roller hockey who really encouraged us to start posting this stuff[…]to us we take it for granted, but to them it was very cool and they loved it”, Lawler noted.

Friends having fun turned into Lawler and Nash hosting small group weekend sessions for kids who wanted to learn hockey. These kids are learning how to skate, stickhandle and move with the ball and participate in mini games.

“It kind of started when a follower of our Brooklyn Bladers account DM’d us, saying a dad was reaching out who knew of anyone that was giving lessons in Brooklyn and that person connected us with one dad who had a social network of 4 or 5 other kids in the local Brooklyn area […] I think we are at about 15 kids or so that we give lessons to regularly”, Nash said.

Lawler followed up by saying that in the area they provide lessons, there are a ton of other sports being played in that park except for hockey. Their little group gained much more interest outside of their current players and their next step would be to start getting more organized moving forward. Especially as more and more kids are looking to get back out into the world after being quarantined due to the pandemic caused by COVID-19 and Brooklyn Bladers are trying to create more mini camps for kids to join. Nash and Lawler did not imagine they would develop this much interest from younger kids, but they are excited and taking it one step at a time.

“I think it takes a little bit of extra effort getting girls involved […] when you grow up there are a lot more of little boys playing hockey than little girls, Lawler added. So I think there is just subconscious messages there that do not make girls feel like they are completely welcome […] as coaches to these little boys you think that would sort of inspire them to naturally think that they (girls) are included in that conversation […] I do think it’s harder to activate young girls and its just because a lack of education and knowledge around the fact that girls can play.” 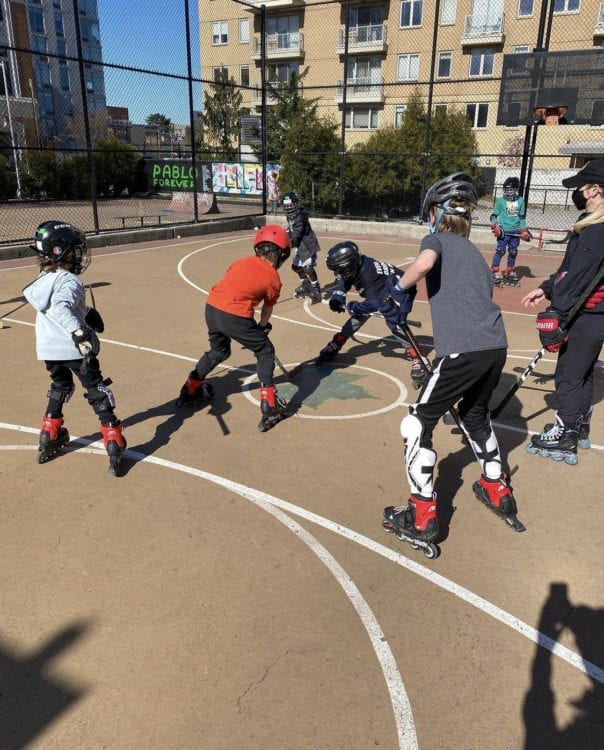 Now that summer has begun, the Brooklyn Bladers have had a few meetups for adult pick-up hockey sessions. These fun sessions are exactly how they gained popularity last summer, and as they continue to hang out and enjoy the game with friends and newcomers, Nash and Lawler can expect to see more interest in their growing brand.

Ashley Mouzzon
Ashley Mouzzon
Ashley Mouzzon
The stories of women in hockey come to life on Women’s Hockey Life thanks to our resident storyteller, Ashley! After serving in the US Army for three years, Ashley was inspired to go after her dreams; she completed her Bachelors of Arts in English and went on to complete her Masters of Science in Communications in 2020. She also took up hockey in 2018, joining a women’s team in Alaska. Now, she’s using her talents and passion for the game to tell the stories that deserve to be heard. In between covering the women’s game and playing hockey, you’ll find her training for half marathons, reading, and spending time with her husband and son.
Previous Post
WHL Podcast Episode 14: Lyndsey Fry
Next Post
AMBASSADOR SPOTLIGHT: Sierra Lipka |Hudson Bay, Saskatchewan