Over the last weekend, DMV Women’s hockey launched their first mashup tournament and “give hockey a try” event at the Gardens Ice House in Laurel, Maryland. The tournament weekend also featured a 80s vs. 90s all-star game in which former pro players competed and 100% of the proceeds of the all-star game jerseys purchased by fans and players went directly to the Black Girl Hockey Club (BGHC).

Former PHF defender for the Metropolitan Riveters and current assistant coach for the USA Women’s ball hockey team, Amber Moore, was a part of the team of women who helped in organizing and executing this historic tournament for the DMV (Washington D.C., Maryland & Virginia) area.

One of the main purpose’s of this tournament was to bring together all of the women who play in different areas within the DMV. Moore wanted to connect the DMV community to form a bigger entity and in May the planning began for the first ever DMV Women’s Hockey tournament.

“In three short months, we pulled together a ten-team tournament; a tailgate showcasing opportunities for women to play, coach, and ref hockey; an 80’s vs. 90’s All-Star Game featuring top players from the region, as well as professional players; and Give Hockey a Try Day, where over 20 women tried the sport for the first time,” Moore stated. “The weekend would not have been possible without the support of  so many amazing folks across the region.”

With ten teams; four in the B/C division and six in the D division, the tournament kicked off on a Friday night featuring a few players fans of the PHF (formerly NWHL) may be familiar with.

Former PHF for the Metropolitan Riveters, Colleen Murphy, played in the tournament and all-star game; while former PHF Connecticut Whale, Shannon Doyle, made an appearance in the all-star game.

“[…] It was incredible to see so many women come out for this tournament,” Murphy recalled. “I was also very impressed on how smoothly it was ran by the DMV hockey organizers.”

As for Shannon, competing in the all-star game was the highlight for her weekend.

“I try to give back whenever I can and when I was asked if I could come out and play to support the Black Girl Hockey Club with a donation and my time, I didn’t think twice,” Shannon explained. “I think when you give up your time it makes a clear statement that you care and you see value in whatever it is you’re supporting. So hopefully more people notice and see the immense value in this awesome organization!” 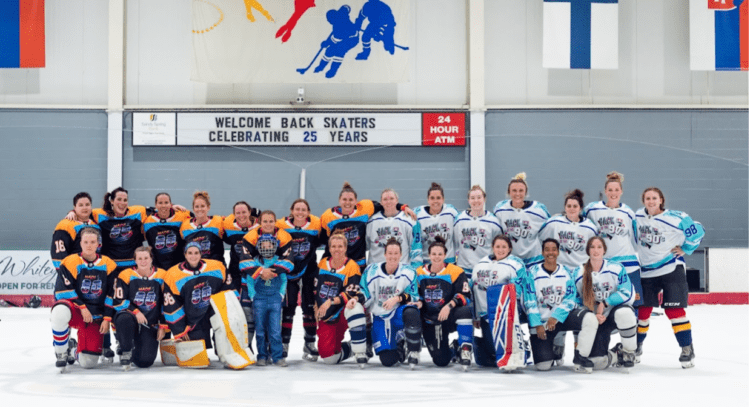 The all-star game itself was a hit, as 100 fans filled the seats at the Gardens, wearing 80s and 90s attire, the jersey sales were able to raise close to $1,00USD to support BGHC. Many of the participants in the all-star game consisted of former pro and other top players from the area. The puck drop was performed by a former Washington Capitals player and was surely a fun night for all in attendance. 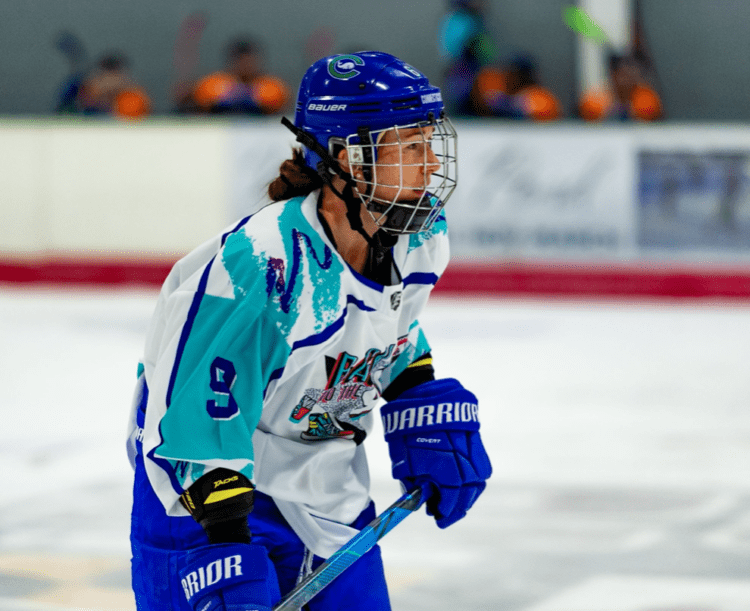 Shannon Doyle during the all-star game

Give Hockey a Try event 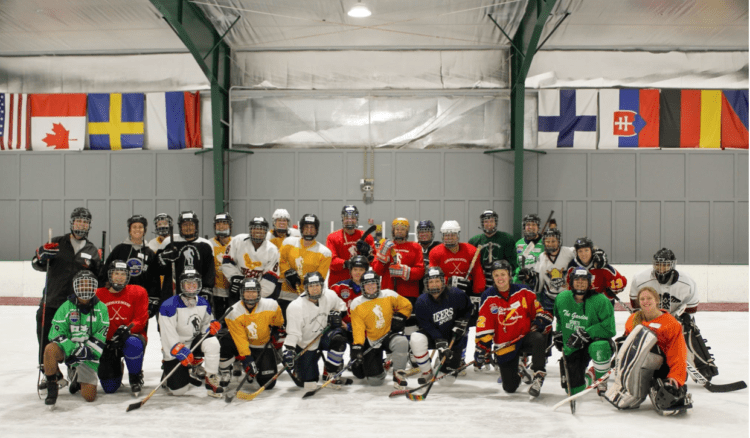 Give Hockey a Try participants

Taking place within the tournament weekend, the Give Hockey a Try, featured more than 25 women trying ice hockey for the first time. Moore collected thirty bags of donated hockey equipment, some gear coming from Leveling the Playing field, the participants were completely outfitted in gear. The goal of this event was to teach participants the basics in stick handling, passing, shooting and skating. 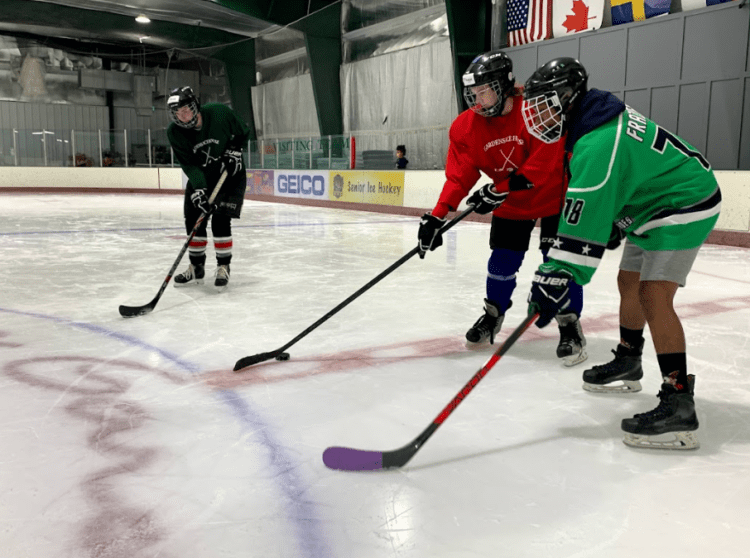 “In organizing Give Hockey a Try Day, our goal was to lower the barriers that exist in the sport so that everyone can fall in love with the game, and I would say that we accomplished that!”

The Future of DMV Women’s Hockey

The only way to go from here is up; Moore and all of the women who played a role in getting this event off the ground is a great precursor as to what the future holds for DMV Women’s Hockey. Amber Moore recognized one of the biggest issues in the DMV’s hockey community is its disjointed and the culture does not reflect the diversity of the surrounding area.

Moore feels the tournament ran smoothly due to the diverse backgrounds and skill sets that each role player possessed and it helped the prepare for anything.

By breaking down barriers, introducing new women to the sport and supporting a great cause, DMV Women’s Hockey hopes to host this event again next year.

“DMV Women’s Hockey aims to build a connected and inclusive women’s hockey community where every woman who wants to play hockey has the opportunity and resources to play at any level that they want. By providing a grassroots model for what is possible locally, we want to use our collective power to grow the game and change hockey culture nationally.”

Ashley Mouzzon
Ashley Mouzzon
Ashley Mouzzon
The stories of women in hockey come to life on Women’s Hockey Life thanks to our resident storyteller, Ashley! After serving in the US Army for three years, Ashley was inspired to go after her dreams; she completed her Bachelors of Arts in English and went on to complete her Masters of Science in Communications in 2020. She also took up hockey in 2018, joining a women’s team in Alaska. Now, she’s using her talents and passion for the game to tell the stories that deserve to be heard. In between covering the women’s game and playing hockey, you’ll find her training for half marathons, reading, and spending time with her husband and son.
Previous Post
PWHPA announces vaccination policy
Next Post
7 things college coaches won’t tell you