Beginning the decade with an ECAC championship, which saw Toronto’s Claire Thompson serve among the captains for the Princeton Tigers, the feat proved to be prologue for an unfolding chapter of milestones. Following it up with a place on Canada’s roster for the 2020 IIHF Women’s Worlds (cancelled to pandemic concerns), Thompson emerged as one to watch with the Olympics approaching. 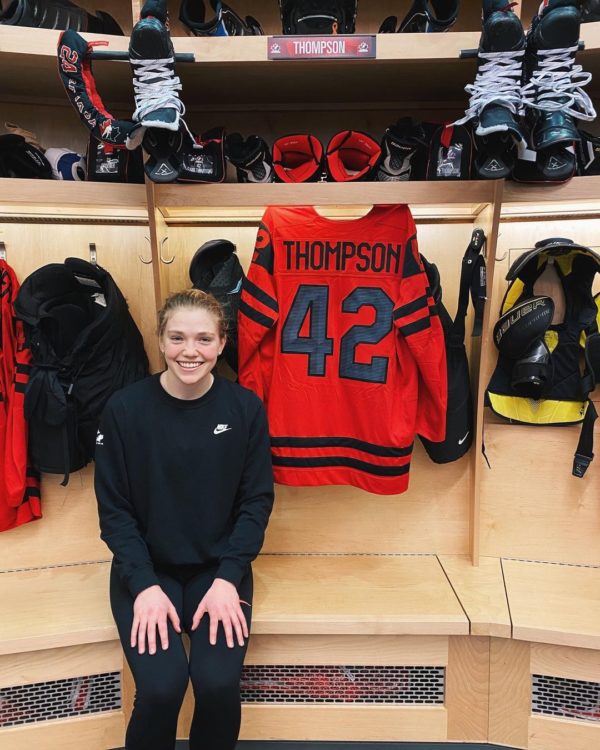 Having amassed numerous accolades and awards at Princeton, perhaps the most unique facet involved the linkages to Hockey Canada. Along with former Princeton teammate Sarah Fillier, both won a gold medal with Canada at the 2021 IIHF Women’s Worlds.

Additionally, members of the Princeton coaching staff represented an expanding linkage to Hockey Canada. Head coach Cara Morey served in a coaching capacity with Canada’s Under-18 and  Under-22 teams, along with numerous Canadian National Development camps in the 2010s.

Joining the Princeton coaching staff in Thompson’s senior year, Courtney Birchard-Kessel brought significant international experience. Among her career highlights included the gold medal at the 2012 IIHF Women’s Worlds, the last for Canada until 2021.

Taking into account the quality of blueliners that have started for Canada in the Winter Games, including Geraldine Heaney, Becky Kellar, Colleen Sostorics and Meaghan Mikkelson, among others, the torch has now been passed to Thompson.

Making her Olympic debut versus Switzerland on February 4, Princeton pride shone as Thompson and Fillier delivered on all accounts.

Enjoying a remarkable 12-0 triumph, Thompson, wearing the number 42, posted a fantastic five-point output. Fillier scored the game’s opening goal, along with the game winner, part of a three-point effort.

Thompson’s first Olympic point took place in the second period. With Canada holding a 3-0 advantage, Thompson and Blayre Turnbull assisted on a goal by Rebecca Johnston, appearing in her fourth Olympics.

Before the period expired, Thompson logged two more assists. Along with Sarah Nurse, both collaborated on a power play goal by Natalie Spooner, who also logged five points in the win.

Also recording her first Olympic goal, Thompson found the back of the net at the 16:20 mark of the third. Scoring on Andrea Braendli, who faced 70 shots, Johnston and Nurse earned the assists on milestone goal.

In the following game, an 11-1 whitewash of Finland, Thompson earned an assist on the first goal of the game, scored coincidentally by Fillier. Although Thompson did not log a point in the remainder of the preliminary round, her playmaking skills shone in the quarterfinal match versus Sweden. 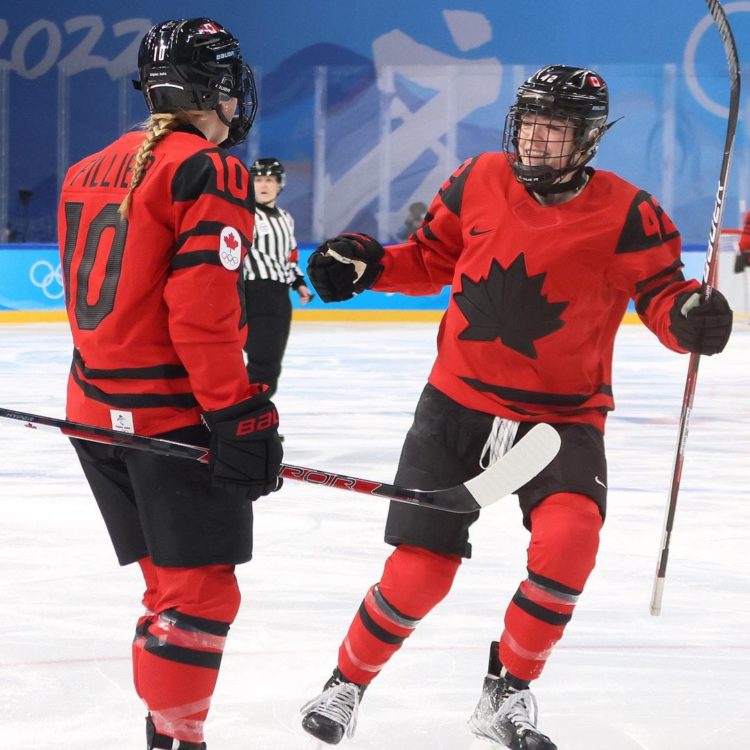 Prevailing in an 11-0 final, as Emerance Maschmeyer logged Canada’s first shutout in Beijing, Thompson recorded one assist in every period. Assisting on goals by Jamie Lee Rattray, fellow blueliner Erin Ambrose, plus veteran forward Brianne Jenner, it was her second best offensive performance.

Princeton pride also remained a key theme as Fillier provided a hat trick for Canada against Sweden. Statistically, Thompson and Fillier have ranked among the top 10 scorers in Beijing since the opening game. As a side note, Thompson leads all blueliners in scoring at Beijing.

Looking to follow up on the emotion of the gold medal win at the 2021 IIHF Women’s Worlds with a golden outcome at Beijing 2022, a significant victory has already taken place for Thompson and Fillier.

With so many new faces skating for Canada in both of these events, the future of the game for the national team is one filled with an exciting optimism.

Undoubtedly, the prominence of these Princeton stars holds the promise of a great decade to come. With Beijing serving as a coming out party, the prospect of gold a career defining moment, Thompson has risen to the occasion on the blueline, destined to become a fan favorite and highly respected competitor.

Mark Staffieri
Mark Staffieri
Mark Staffieri
Raised in the Greater Toronto Area, Mark holds an extensive writing background. A contributor to Wikipedia since 2007, his writing endeavors have included writing for Bleacher Report (2012-13), and the former CWHL (2012-15), and the Canadian division of the Legends Football League (2013-14). Also part of the team of writers for Hockey Canada at the 2013 IIHF Women's World Championships in Ottawa, Mark contributed features on Jenny Harss, Elin Holmlov, Iya Gavrilova, Kathleen Kauth, Lucie Povova, Alex Rigsby, Julia and Stephanie Marty, and Katie Weatherston, among others. In addition to composing more than 700 articles for Women's Hockey Life (since 2012), his current slate of duties includes covering female tackle football for Canada Football Chat, along with pieces for NowVIZ Magazine (digital format) since its inaugural issue. Also the publisher of allowhertoplay, a website devoted to the heroics of sporting heroines, Mark remains focused on raising awareness of the positive impact of women in sport.
Previous Post
Klara Peslarova a key contributor towards Czechia’s proud run in Beijing
Next Post
Canada soars to seventh straight appearance in gold medal game