Having emerged as a highly dependable member of the Toronto Six defensive unit since her rookie season, also scoring the first goal in franchise history, Lindsay Eastwood gained a new honor. Among eight members of the franchise named as participants for the 2022 PHF All-Star Game in Buffalo, it signified recognition for her solid skill set on a grander scale. 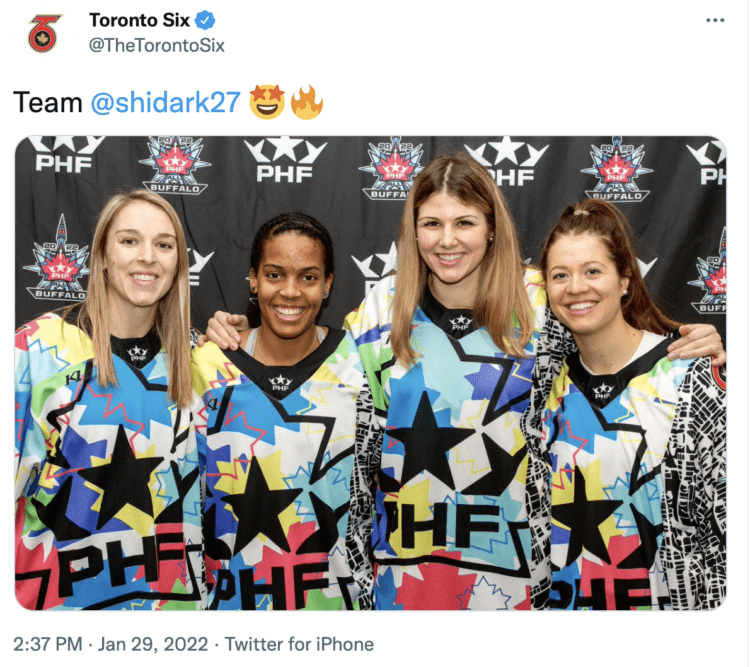 Heading into the mid-season event, one filled with strong momentum for the Six, perched atop the league standings, Eastwood has built on a strong rookie campaign, remaining a valuable contributor. Ranked second in team scoring among blueliners, trailing only fellow All-Star Taylor Woods, Eastwood does lead the blueline unit in shots on goal.

Recording a goal in the season opener versus Buffalo, a 4-3 win, the first half of the season saw the Six boast an impressive 6-1-0 mark when she logged at least one point. A key factor in helping build her All-Star case involved a fantastic four-game scoring streak from December 5 to 18, highlighted by six shots on net versus the Metropolitan Riveters on December 12.

With such a strong first half, Eastwood, highly assiduous and dedicated towards continued improvement, certainly earned All-Star recognition. Reflecting on the revelation, her sentiments encompass a combination of humility and achievement. 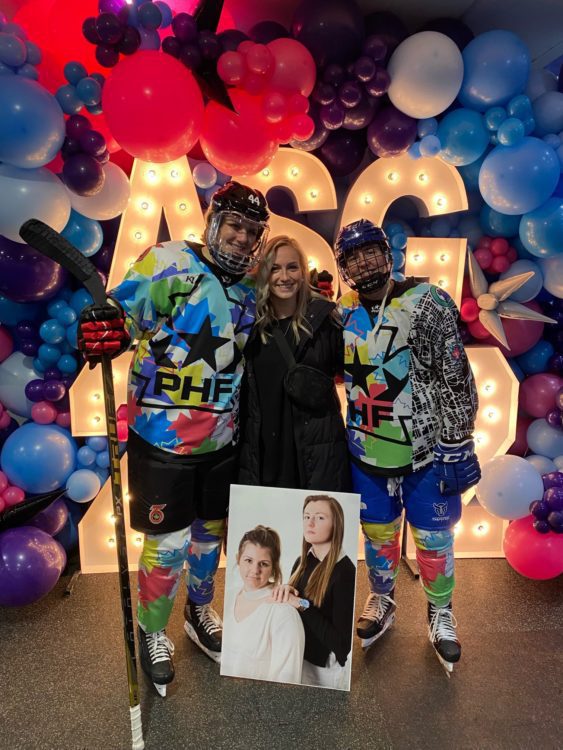 “I was surprised. Never thought about ever getting an invite to the All-Star Game so it was a total honour!”

Adding to the jubilation of being a first-time All-Star saw a unique sense of reunion for Eastwood. Allie Munroe, who skated alongside Eastwood for three seasons with the Syracuse Orange, became teammates once again. Coincidentally, both Eastwood and Munroe served as team captains during their time with the Orange. Adding to this unique theme of coincidence is the fact that Darkangelo’s first two seasons of NCAA hockey involved playing for the Orange.

With three All-Star teams on-hand, each roster consisting of at least one member from the Six, Team Darkangelo participated in a pair of games at Buffalo’s . Recording a point in each appearance, Eastwood provided a highlight in her second game. Opposing Team Dempsey, five skaters from each roster participated in a shootout. 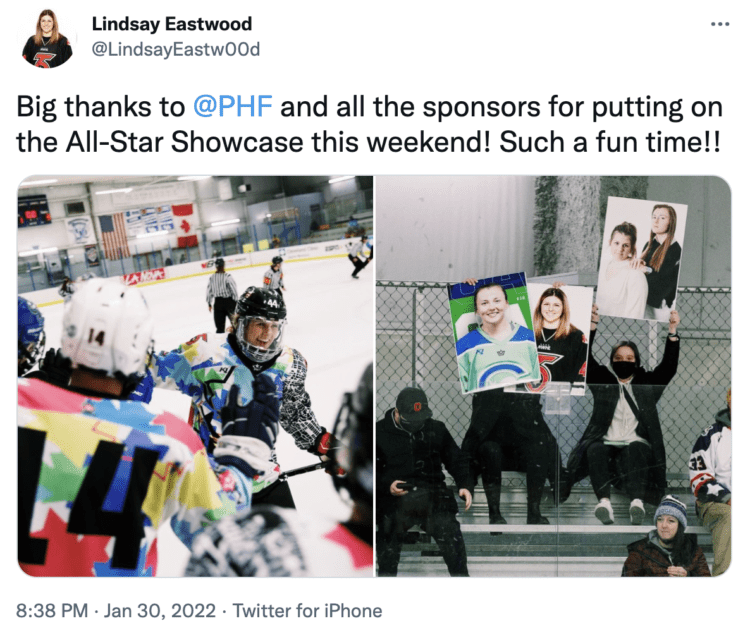 One of only two skaters from Team Darkangelo to score in the shootout, Eastwood unleashed an impressive shot which sailed through the five-hole. Scoring on another first-time All-Star, Abbie Ives of the Connecticut Whale, Eastwood’s goal marked one of the game’s highlights. Once again, Eastwood remained humble, observing the bigger picture with a sheer enjoyment that has established her as a fan favorite.

“It was super fun (to play on Team Darkangelo)! Our team was filled with the best players around the league, pretty cool to play with them and props to Shi for picking me on her team.

It was pretty cool to score. I have done that move a couple times this season so I was pretty shocked it worked again.”

Mark Staffieri
Mark Staffieri
Mark Staffieri
Raised in the Greater Toronto Area, Mark holds an extensive writing background. A contributor to Wikipedia since 2007, his writing endeavors have included writing for Bleacher Report (2012-13), and the former CWHL (2012-15), and the Canadian division of the Legends Football League (2013-14). Also part of the team of writers for Hockey Canada at the 2013 IIHF Women's World Championships in Ottawa, Mark contributed features on Jenny Harss, Elin Holmlov, Iya Gavrilova, Kathleen Kauth, Lucie Povova, Alex Rigsby, Julia and Stephanie Marty, and Katie Weatherston, among others. In addition to composing more than 700 articles for Women's Hockey Life (since 2012), his current slate of duties includes covering female tackle football for Canada Football Chat, along with pieces for NowVIZ Magazine (digital format) since its inaugural issue. Also the publisher of allowhertoplay, a website devoted to the heroics of sporting heroines, Mark remains focused on raising awareness of the positive impact of women in sport.
Previous Post
Castonguay Hire Signals Watershed Moment for Canucks and Game of Hockey
Next Post
Czechia prevail in Winter Games debut