Catch the Professional Women’s Hockey Player’s Association (PWHPA) in action at one of their many events across North America in January*!

*Events will be updated as announced by the PWHPA 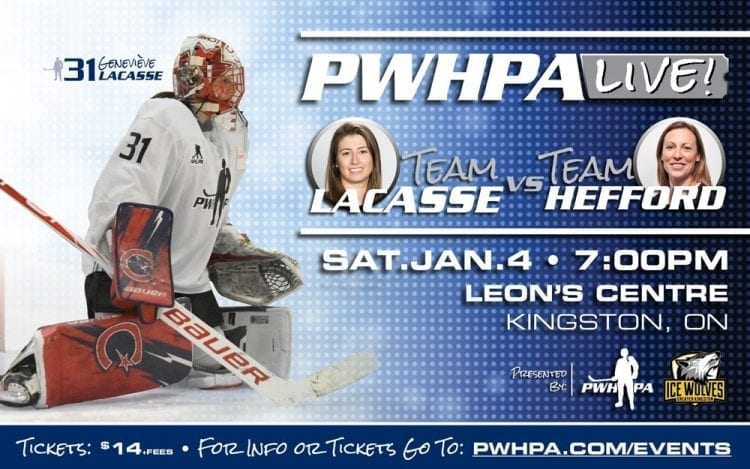 TICKETS: $14 (+fees) on Ticketmaster or at the Leon’s Centre box office 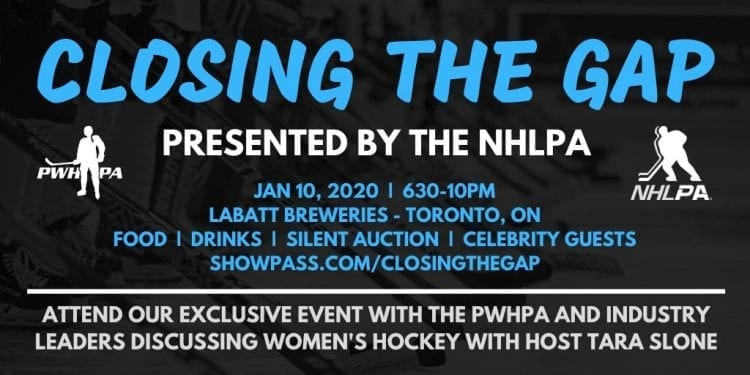 “Tara Slone will be hosting the evening which will include three panel discussions focusing on women in sports and women’s hockey in particular. The first panel will be professional female athletes discussing the growth and struggles of their sports in relation to women’s hockey. The second will be a discussion from industry leaders and how they see women’s sports in the current market space. The final will host PWHPA players to talk about women’s hockey, the Dream Gap Tour and the #ForTheGame movement.”

VIRTUAL TICKETS (send a young girl to a game!): Showpass

STREAM: PWHPA Youtube channel or on the CBC Gem App 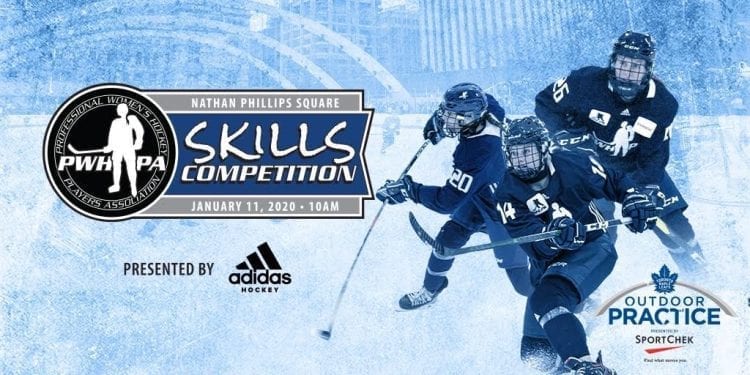 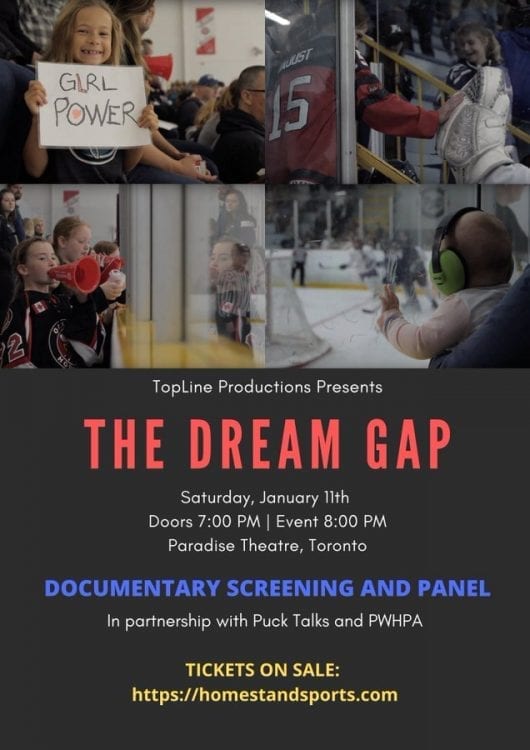 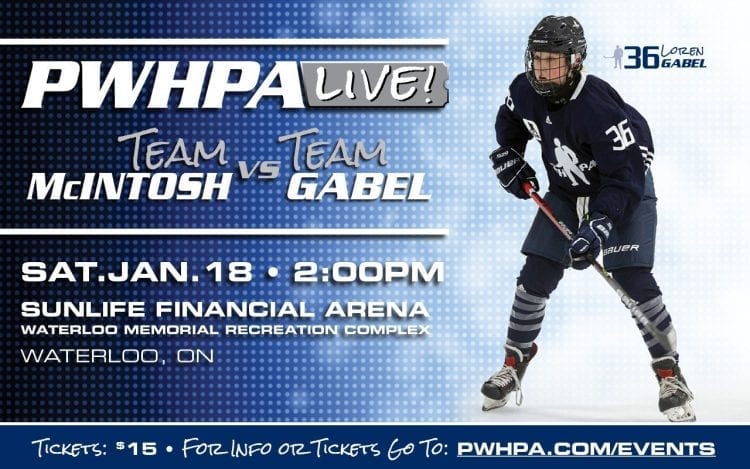 “The ECHL, in partnership with the Professional Women’s Hockey Players Association, announced on Friday that four members of the U.S. Women’s Ice Hockey Team will participate in the 2020 Warrior/ECHL All-Star Classic on Wednesday, Jan. 22, 2020 at INTRUST Bank Arena in Wichita, Kansas. The game will air LIVE exclusively on NHL Network.”