Belonging to a historically relevant team in Hockey Canada lore, skating for the Canadian contingent that captured the gold medal at the 2010 IIHF Under-18 Women’s World Championships, a program first, the journey of Erin Ambrose has come full circle 12 years later. Among nine Canadian players that shall be making their Winter Games debut at Beijing 2022, the path is one defined by self-reflection, friendship and character.

The decade-plus journey for Ambrose certainly involved many fascinating linkages. Worth noting, several of the players on Canada’s Olympic roster have called Ambrose a teammate 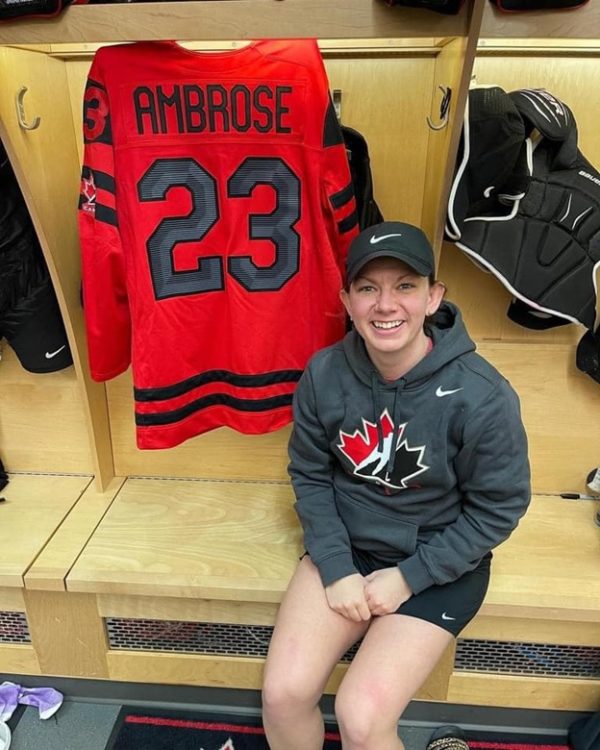 before. Whether in Canadian colorus at the U18 or U22/Developmental level, or competing at the NCAA or professional ranks. Part of a fascinating tapestry, such players would become key figures. Many inspiring, others role models, all were friends.

From the outset, Ambrose quickly rose to celebrated status as the 2010s began. Deemed a future superstar, she gained a degree of celebrity status, featured in Upper Deck’s inaugural World of Sport trading card set. Following it up with a gold medal at the 2011 IIHF U18 Worlds, playing alongside PWHL teammate, Laura Stacey in the Maple Leaf, the degree of prominence increased, showered with a tremendous number of scholarship offers.

Although Ambrose excelled on the ice, capturing the Frozen Four championship at Clarkson University alongside Renata Fast and Jamie Lee Rattray, beneath the surface, there were feelings of angst, unease and self doubt. Conflicted between a growing status as a hockey superstar and her overall outlook of life, achievements did not translate into satisfaction

While Ambrose remained a highly reliable teammate, always available for charitable functions, happy to sign an autograph, her kind smile constituted a brave face. Sadly, the cracks showed during a time that should have been the apex of her career.

Among the players invited to Hockey Canada’s Centralization in the autumn of 2017, a process crucial in determining the roster for the 2018 Winter Games, anxiety or sadness could no longer hide in concealment. Although journaling proved to be a highly effective tool, the learning curve of Centralization, a highly challenging process, resulted in anxiety.

With the national team’s General Manager expressing concern for Ambrose, having to endure a difficult discussion on November 20, 2017, the day of a visceral release from Centralization, feelings of failure flooded her thoughts.

Despite the Olympic dream denied, the nadir may have been a blessing in disguise. Akin to Ambrose, another prodigious player with an extensive international background was not on Canada’s roster for the 2018 Winter Games. Having appeared in the gold medal game at the 2016 IIHF Women’s Worlds, assembling one of the greatest performances in her career, goaltender Emerance Maschmeyer was another budding superstar whose odyssey took an unexpected turn at the time.

Ending up in La Belle Province, Maschmeyer stood between the pipes for Les Canadiennes de Montreal, inheriting the starter’s job from the legendary Charline Labonte. Encouraging Ambrose to join the franchise, becoming fast friends, this highly skilled duo not only gained All-Star Status, both were essential in the club reaching the 2019 Clarkson Cup Finals.

Although the last four years have culminated with a sense of achievement and redemption, there have also been disappointments, such as a pair of events of 2019. Les Canadiennes lost in the Clarkson Cup Finals, followed by the heartbreak of a bronze medal at the IIHF Women’s World Championships. With the subsequent IIHF Worlds cancelled due to pandemic concerns, another dark cloud blanketed the women’s ice hockey landscape. 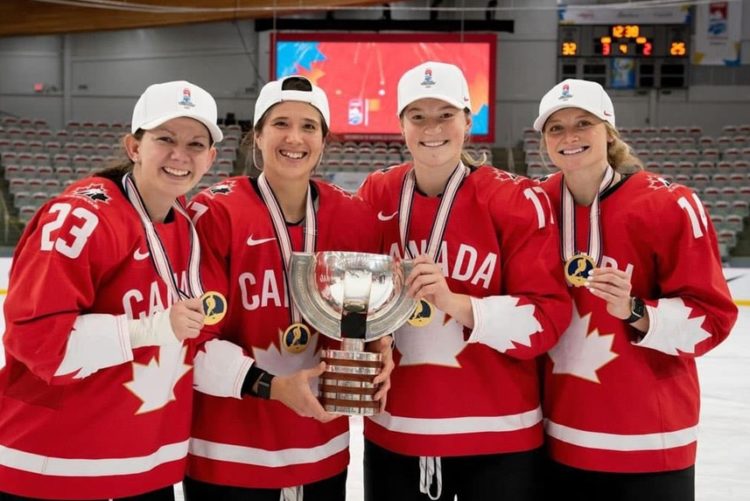 Throughout this difficult time, Ambrose was better equipped, successfully overcoming the obstacles. Remaining active on the ice, participating in the PWHPA’s Dream Gap Tour, providing inspiration to the youngsters that filled the stands, the opportunity to experience a monumental milestone followed. With a gold medal from the 2021 IIHF Women’s Worlds draped around her neck, the first in a generation for the national team, having last prevailed in 2012, it not only set an encouraging tone, it propelled Ambrose into rarified air.

Belonging to a celebrated sorority that have won gold medals for Canada at the U18, U22/Developmental and Senior Teams, a golden outcome in Beijing would provide Ambrose with a unique grand slam of hockey greatness. Perhaps more importantly, the navigation of the journey over the last four years, fittingly navigating rough patches, while strengthening friendships serves as an admirable victory.

Fittingly, Ambrose and Maschmeyer shall be teammates once again, realizing their Olympic dream. Joined by blueliner Micah Zandee-Hart, another promising player released from Centralization in 2018, also gaining the chance to grace the ice in Beijing, it adds to a sense of serendipity. Along with Laura Stacey, also a teammate from PWHPA play, plus the likes of Renata Fast, who played with Ambrose as rookies on the Toronto Furies, including Jamie Lee Rattray, another member of the famed 2010 U18 world championship team, the feeling of reunion and shared sense of achievement is predominant. Undoubtedly, the journey for Ambrose, arriving on the game’s biggest stage, has proven to be well worth it.

Mark Staffieri
Mark Staffieri
Mark Staffieri
Raised in the Greater Toronto Area, Mark holds an extensive writing background. A contributor to Wikipedia since 2007, his writing endeavors have included writing for Bleacher Report (2012-13), and the former CWHL (2012-15), and the Canadian division of the Legends Football League (2013-14). Also part of the team of writers for Hockey Canada at the 2013 IIHF Women's World Championships in Ottawa, Mark contributed features on Jenny Harss, Elin Holmlov, Iya Gavrilova, Kathleen Kauth, Lucie Povova, Alex Rigsby, Julia and Stephanie Marty, and Katie Weatherston, among others. In addition to composing more than 700 articles for Women's Hockey Life (since 2012), his current slate of duties includes covering female tackle football for Canada Football Chat, along with pieces for NowVIZ Magazine (digital format) since its inaugural issue. Also the publisher of allowhertoplay, a website devoted to the heroics of sporting heroines, Mark remains focused on raising awareness of the positive impact of women in sport.
Previous Post
Living my dream as a collegiate student-athlete
Next Post
PWHPA: SECRET® DREAM GAP TOUR HEADING TO OTTAWA, ON