The 2019 IIHF Women’s World Championship will be running April 4-14 in Espoo, Finland.

The IIHF has the full tournament schedule here.

If you’re lucky enough to be in Finland, you can purchase your tickets here.

If you’re in the U.S., The NHL Network will be broadcasting all Team USA games, along with select others:

If you’re in Canada, TSN will be broadcasting all Team Canada games, along with select others: 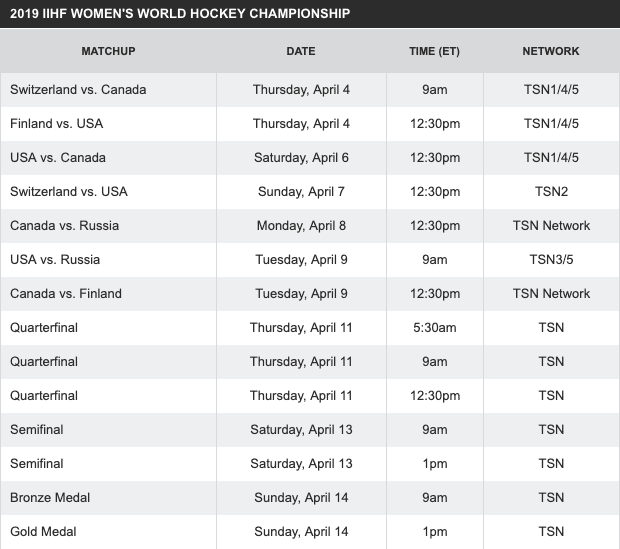 Around the Rink, IIHF

2021 IIHF Women’s Worlds: Everything you need to know

From the ice to behind the bench: The career of Delaney Collins